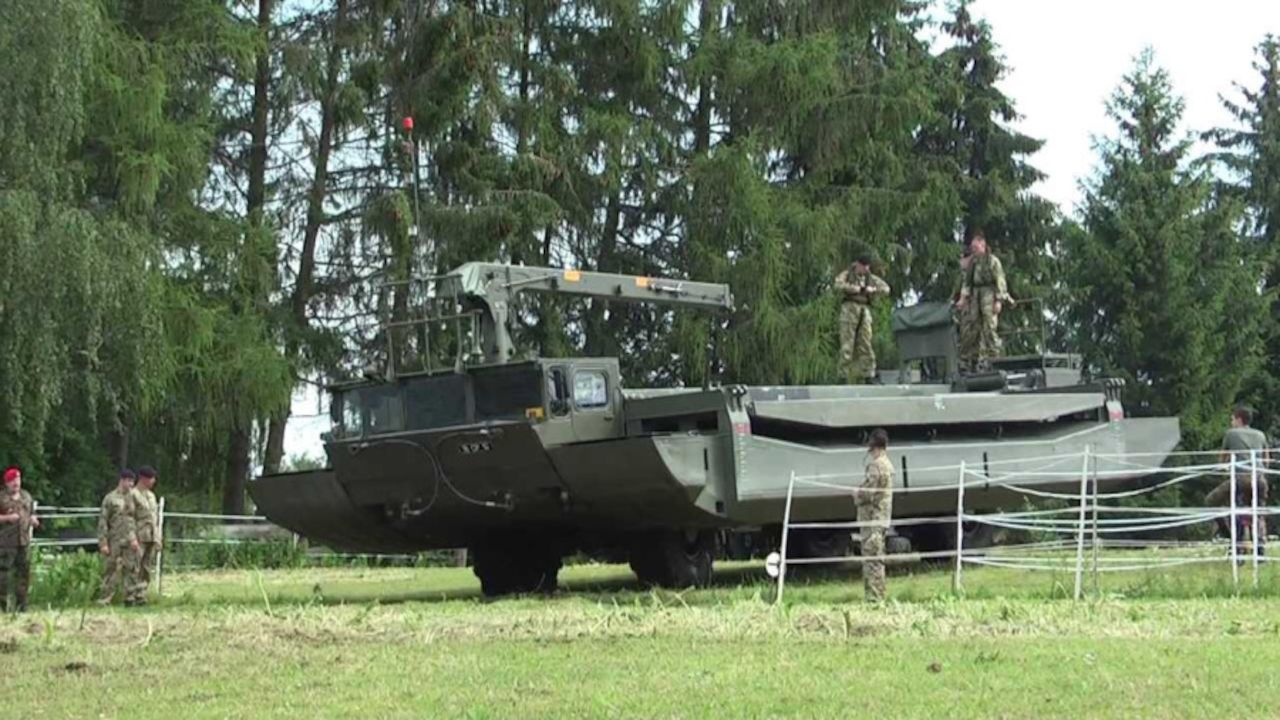 The South Korean Army is set to deploy European amphibious bridging vehicles under licensed production to boost its operational capability across water obstacles.

The M3 Amphibious Rig, developed by General Dynamics European Land Systems, is to be locally produced by prime contractor Hanwha Defense, according to sources at the Defense Acquisition Program Administration.

The contract is worth about $460 million and will see the production of about 100 M3 vehicles for deployment starting in 2023.

Hyundai Rotem lost the bid with its offer of the OTTER Armored Amphibious Assault Bridge to be developed by Turkey’s FNSS.

The Defense Acquisition Program Administration is scheduled to officially announce the contract award to Hanwha Defense in the coming weeks, the sources told Defense News on Dec. 30.

“The M3 is the world’s best amphibious rig that has combat proven records in terms of mobility, loading capacity, maneuverability and others,” an industry source with knowledge of the acquisition effort told Defense News on condition of anonymity. “The European bridging vehicle is to be locally produced as the M3K variant to be customized to the operational needs of South Korean forces.”

South Korea will be the sixth country operating the M3 after Germany, the United Kingdom, Taiwan, Singapore and Indonesia. The amphibious bridges have been successfully deployed in numerous allied operations and maneuvers, as well as in extreme climates. During NATO’s Anakonda 2016 exercise in Poland, German and British Army engineer units teamed up to assemble the longest 350-meter floating bridge using 30 M3 amphibious vehicles in less than 35 minutes.

First produced by Eisenwerke Kaiserslautern in Germany, the M3 is a self-propelled, four-wheel drive vehicle used for the projection of tanks and other vehicles across water obstacles. It can be driven into a river and used as a ferry or, when a number are joined together from bank to bank, as a bridge. Used as a bridge or as a multi-bay raft, the M3 can carry loads of up to MLC 85. (MLC stands for Military Load Classification, which is basically a load-carrying capacity measurement.)

The M3 features a set of four ramps for connecting one vehicle to another. Eight M3 rigs can bridge a 100-meter-long water gap, which is strong enough to bear 70-plus tanks. Alternatively, two rigs can be joined to create a ferry capable of carrying a similar load across much wider water gaps.

Powered by a 400-horsepower diesel engine, the 28-ton M3 can move on land with speeds up to 80 kph, while its maximum speed on water is 14 kph. It has a cruising range of 750 kilometers.