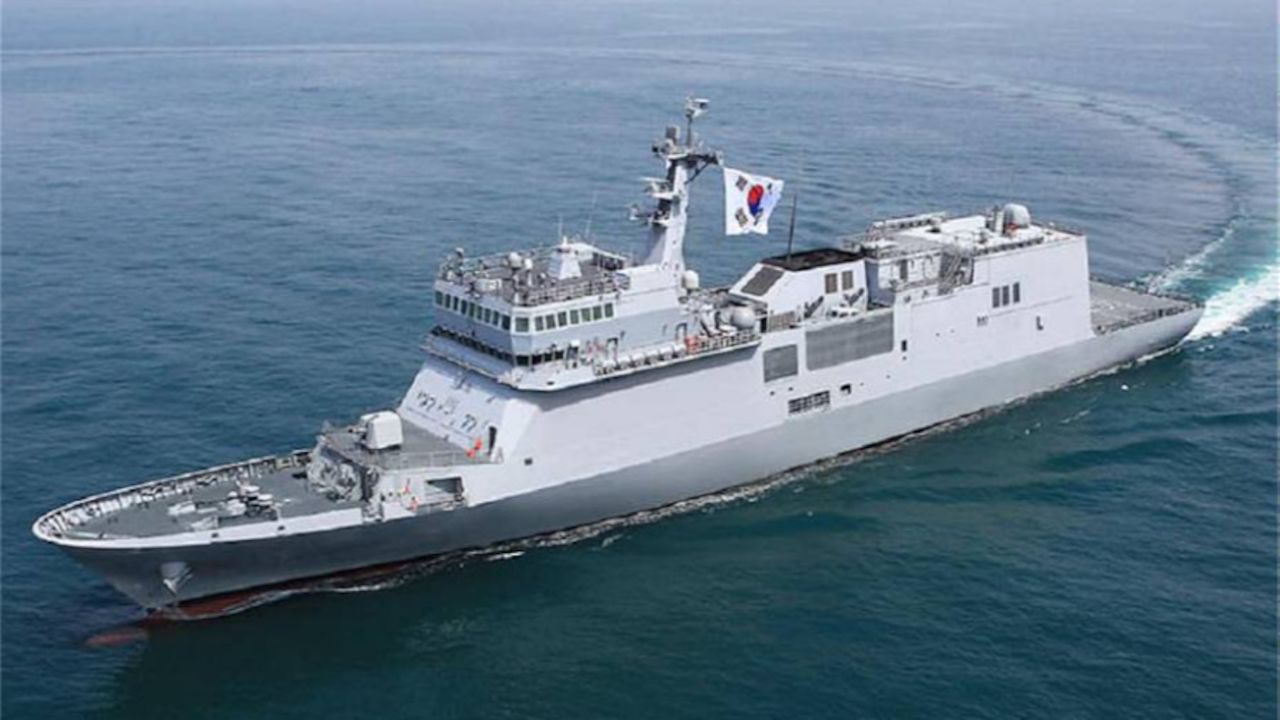 On October 20, 2020, the South Korean Defense Acquisition Program Administration has announced the delivery of the first training ship HANSANDO (ATH-81) to the national navy. The new ship is equipped with stealth functions and a computer-based training system to allow trainees to take part in simulated combat exercises, according to the Defense Acquisition Program Administration.

In November 2018, Navy Recognition has published news announcing the launching of the HANSANDO (ATH-81) training ship in Ulsan, at Hyundai Heavy Industries (HHI). The acronym ATH is an abbreviation of Auxiliary Training Ship Helo. HANSANDO is also designed to serve as a hospital ship and emergency response.

As a training ship, the HANSANDO is capable to house 120 sailors and 300 trainees with lecture rooms and labs for practice. As a hospital ship, she has three operating rooms and a negative pressure room to handle potential virus outbreaks onboard or other disaster situations.

In September 2020, the training ship ROKS Hansando (ATH-81) undergoing sea trials. This is the first time that the Republic of Korean Navy has secured a ship only for crew training.

There is also space for a number of K-VLS vertical launch systems aft (but the vessel will not be delivered with VLS). The vessel is also set to be fitted with chaff launchers, torpedo launchers and electronic warfare systems (ECM/ESM), and a hull-mounted sonar.