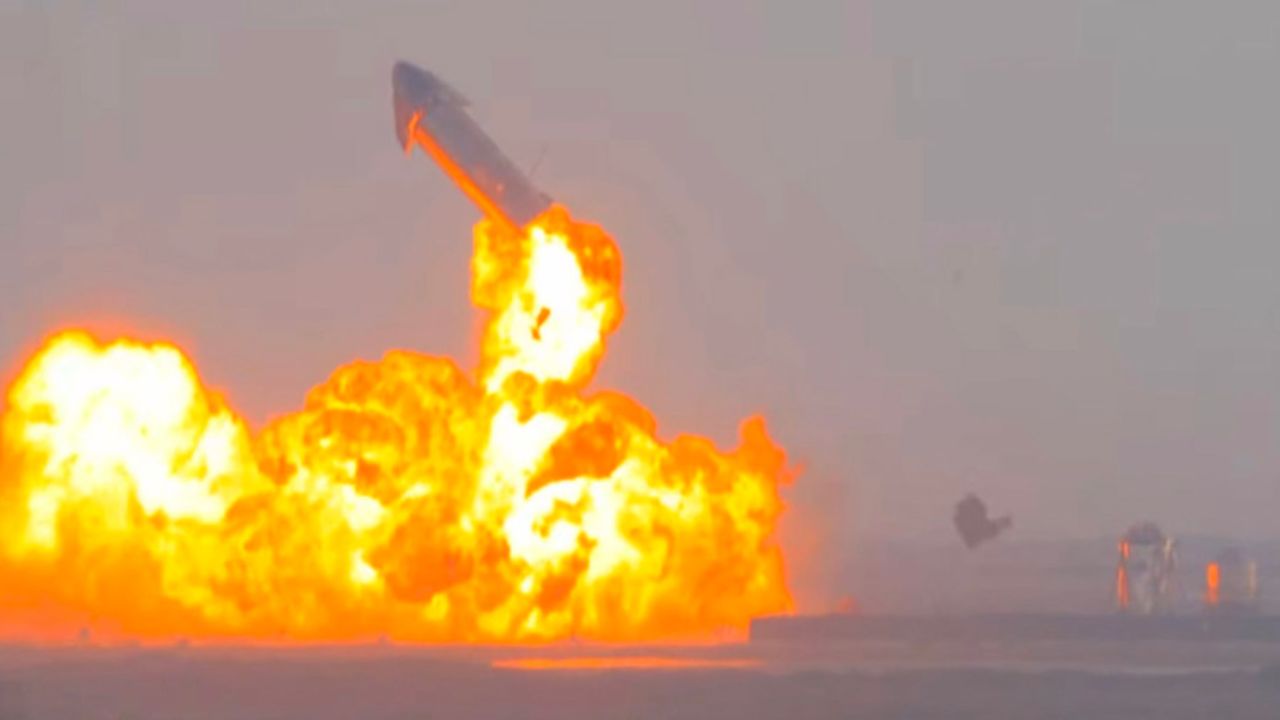 SpaceX's the Starship SN10 spacecraft touched down successfully after a high-altitude test flight today (March 3), a major milestone for the company and its crewed Mars ambitions. But the vehicle didn't manage to hold itself together, exploding about eight minutes after landing.

It was the third high-altitude test flight for a Starship vehicle but the first to feature a successful landing. SN10's two immediate predecessors, SN8 and SN9, flew well during their jaunts — on Dec. 9, 2020 and Feb. 2 of this year, respectively — but both hit the ground hard and ended up in pieces.

But that wasn't the end of the story. Some flames were visible near SN10's base shortly after landing, and that was a sign of things to come: the vehicle exploded on the landing pad at about 6:30 p.m. EST (2330 GMT), rising up and crashing down again in a huge fireball.