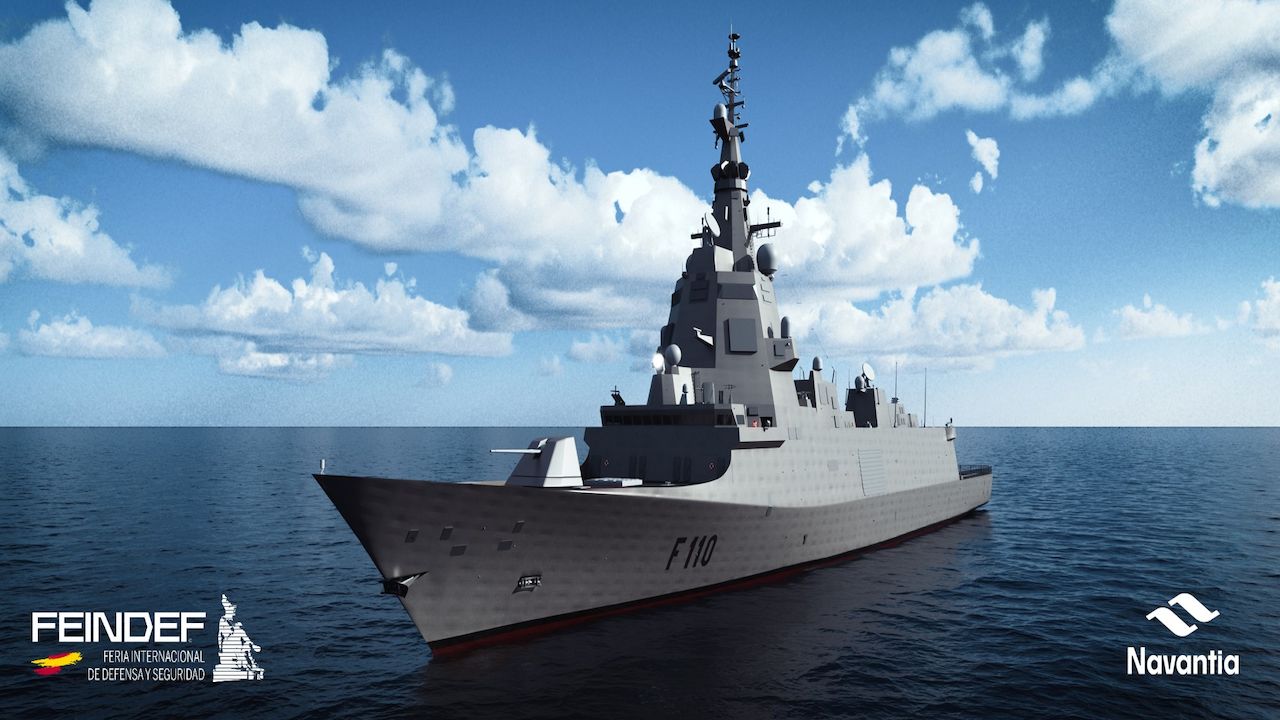 Spanish naval industries giant Navantia is taking part in the second edition of the International Defence and Security Exhibition (Feindef), as the Global Partner, where it is displaying its latest technologies and products.

Feindef 2021 opened its doors today for visitors at the Ifema exhibition centre in Madrid, Spain, and it will last till the 5th of November. This event provides Navantia with the opportunity to display its technologies and products to more than 60 international delegations and the general public.

At the exhibition and for the first time, Navantia is showcasing a pilot of an interactive catalogue incorporating the smart services it offers.

The S-80 series submarines are being built by Navantia for the Spanish Navy and they are currently under construction in Cartagena.

What separates the S-80s apart from other submarines is their atmosphere independent propulsion system (AIP). While most conventional submarines require daily snorkelling operations to recharge their diesel-powered batteries, (which makes them vulnerable to detection and attack), the AIP system minimises that threat, where it allows the submarine's batteries to be recharged while underwater with a fuel cell that uses hydrogen produced by processing bioethanol and oxygen in order to generate electrical power. Therefore, the submarine can sail for weeks without coming up to the surface. Furthermore, the fact that it does not have to transport hydrogen (since it is produced from the bioethanol) reduces dramatically the risks involved in handling such a volatile molecule, thus, making out of the S-80 a submarine with great autonomy and remarkable capacities.

From the construction stage till the end of the its life cycle, the F-110 integrates a Digital Twin: A key concept for Shipyard 4.0, which involves a 3D virtual reality model of the physical vessel. As data feeds into the twin, it evolves to reflect how the physical product has been used and transformed, showing the environmental conditions to which, it has been exposed.

Like an avatar of the real product, the Digital Twin allows the user to monitor the condition in real time of the product from thousands of miles away. The Digital Twin can also provide new insights into the design, manufacture, operation and associated services, allowing the physical product environment to be intertwined with the virtual one through the application of technologies such as Cloud Computing, Machine Learning or the Internet of Things (IoT).

NAVANTIS (Navantia Training Integrated System) is a family of simulators. NAVANTIS allows the training of crew members so that they can go directly on board from the Training Centre to navigating safely. NAVANTIS is already installed and operational at the Navantia Training Centre (NTC), the state-of-the-art training centre located in San Fernando (Cádiz) with which the company is expanding its variety of services.

The Scomba combat system (Catiz for its export version) is built on continuously evolving hardware, middleware and software. It provides an open architecture that offers the user the capabilities of tactical scene compilation, sensor and weapon allocation, force coordination, mission planning, decision support and integrated training.

In addition to the fact that it is a proven system, the flexibility of its design allows it to manage the complexity of integrating into existing systems during mid-life modernisations, providing the customer with new sensors and a new combat management system.

As an example of the services Navantia provides in the revision and modernisation of existing designs, the company will present the redesign of the LPD ship applying modular design concepts at its stand. This modernisation is shown in the form of a configurator in which the user can select from different options to adapt the ship to their requirements without the need to completely modify the project, thus maintaining the advantages of working on an already proven design.

Navantia is the ninth-largest shipbuilder in the world and a strong partner of the Spanish Navy and Ministry of Defence.