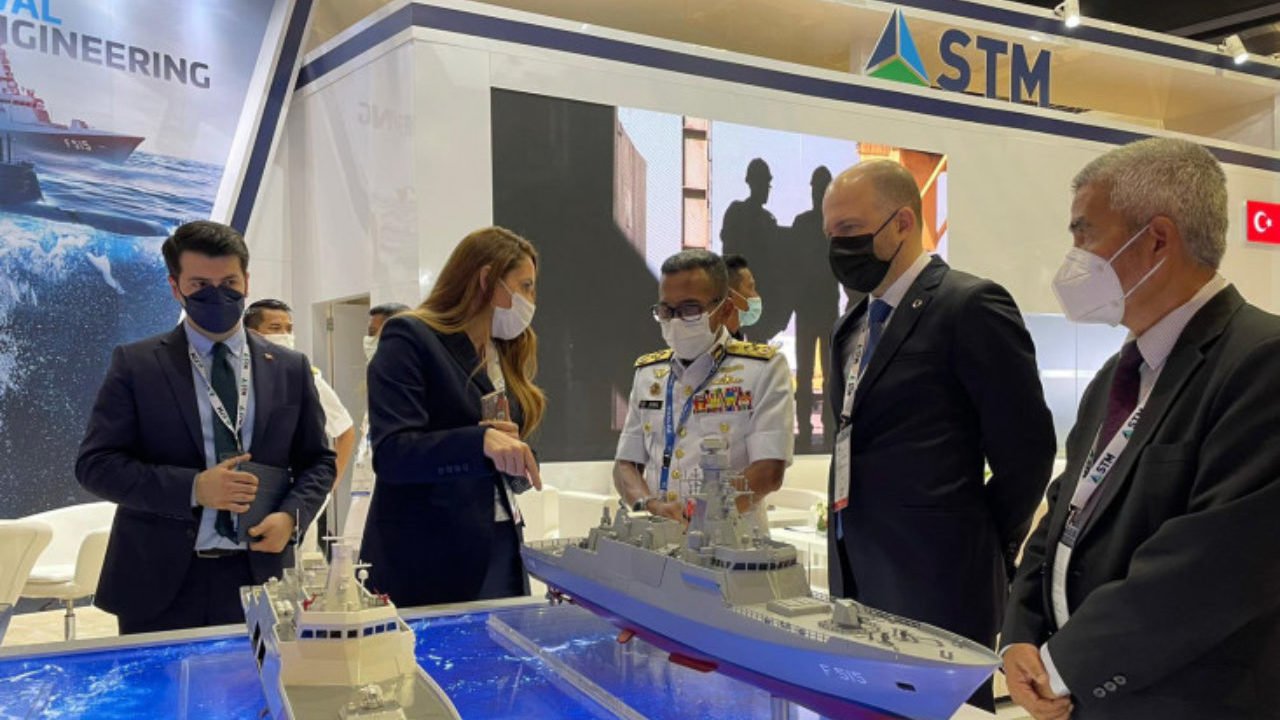 STM also hosted high-level military delegations from many different countries, especially the delegations of the Malaysian Naval Forces Commander and the Malaysian Ministry of Defense, at its stand and held talks on its projects.

STM was established in 1991 by the decree of the Defence Industry Executive Committee to provide project management, system engineering, technology transfer, technical and logistical support, and consultancy services to the Turkish Presidency of Defence Industries (SSB) and the Turkish Armed Forces (TSK) in areas that require high technology for the sake of national security.

The company has expanded its engineering and technology knowledge and currently operates in a wide range of fields including military naval platforms, cybersecurity, tactical mini UAV systems, radar systems, satellite technologies, command and control systems, certification and consultancy. STM produces unique and flexible engineering solutions tailored for the needs of the civil, public and private sectors of Turkey with indigenous and critical systems that it has developed using domestic resources. As one of the top defence industry companies in Turkey, the company also carries out export-oriented works.