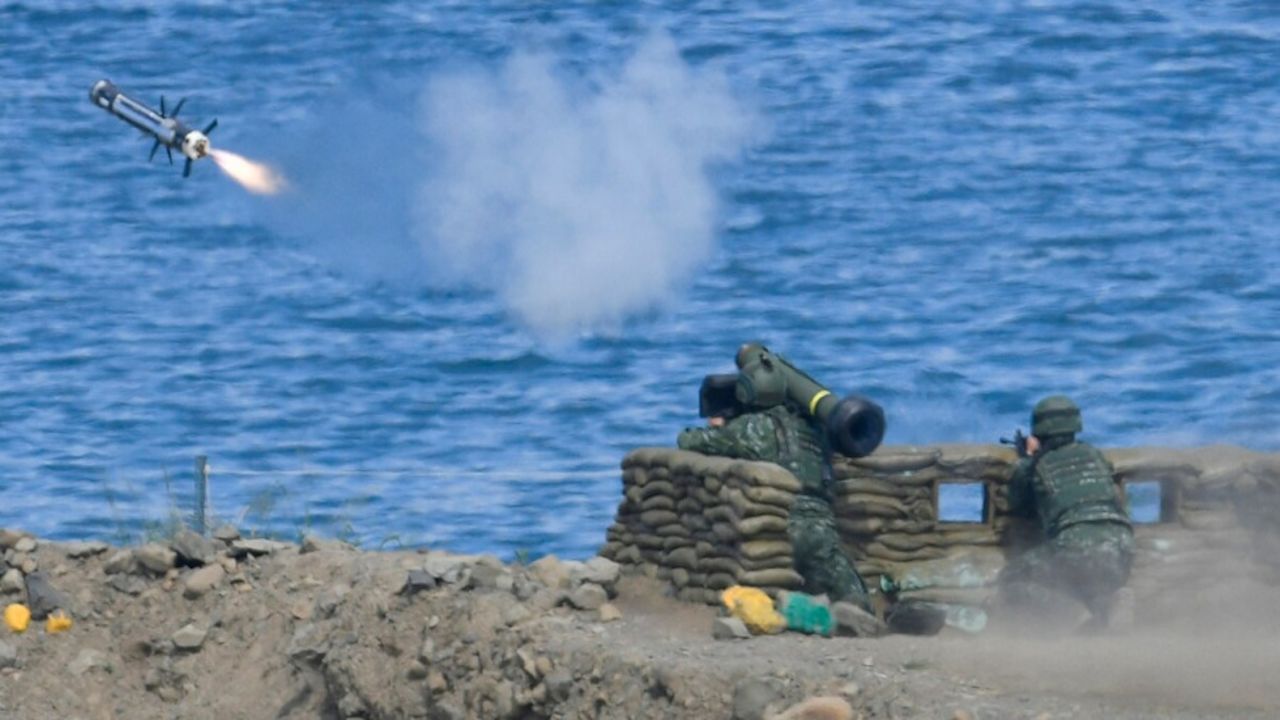 Taiwan’s latest defense review emphasizes the need to counter China’s gray zone tactics, continue its pivot to pursue asymmetric capabilities against the powerful neighbor and be self-reliant when it comes to defense.

The self-ruling island’s Quadrennial Defense Review was released late on Thursday, local time. The QDR said Taiwan’s transition to an all-volunteer force has helped the military reach its manning goal, and the Ministry of National Defense will now focus on improving personnel and training quality.

The QDR, which under Taiwanese law must be released within 10 months of a presidential inauguration, said the military’s asymmetric capabilities requirement is about “evading enemy’s strengths and exploiting their weaknesses” as well as being small, mobile, stealthy and numerous for strategic dispersion.

The document also stressed the need to pursue long-range strike capabilities as part of Taiwan’s force buildup. Speaking to parliamentarians earlier this week, the deputy of the state-owned National Chung-Shan Institute of Science and Technology said the institute is already producing an unnamed long-range missile system and is developing three other long-range systems, although he declined to go into further details.

These are believed to encompass ground-, air- and sea-launched missile systems, and will be in addition to long-range missile systems Taiwan is buying from the United States. The U.S. State Department has cleared the export of Boeing AGM-84H SLAM-ER air-launched, standoff land-attack missiles and of the Lockheed Martin M142 High Mobility Artillery Rocket System with the MGM-140 Army Tactical Missile System that has a 200-mile range.

Sea control is also listed as one of Taiwan’s priorities in resisting a Chinese invasion across the Taiwan Strait, with the document reiterating Taiwan’s guiding principle for foiling an invasion: “resist the enemy on the opposite shore, attack it at sea, destroy it in the littoral area, and annihilate it on the beachhead.”

Taiwan is considered a renegade province by China, which had vowed to reunite the island with the mainland by force if necessary.

Among the measures listed in the QDR to achieve this aim is to make use of Taiwan’s geography as well as take advantage of the deployment of anti-ship missiles in coastal areas, rapid reaction forces and mine-laying at sea. The former is in the form of Boeing’s Coastal Defense Harpoon truck-mounted, anti-ship missile system, which the U.S. State Department cleared for export to Taiwan in late 2020 alongside the other two previously mentioned systems.

The QDR also touched on China’s increasing use of “gray zone” tactics against Taiwan with low-intensity military and paramilitary operations that are short of a direct attack but mean to harass, coerce and destabilize an adversary. China also wages cognitive and information warfare, and launches aircraft and naval vessels into the island’s surrounding waters with the aim of weakening Taiwan’s morale and depleting the resources of the Taiwanese military. The QDR cited these activities but was vague on Taiwan’s counter efforts.

The QDR also sought to address previous criticism raised against the training and equipping of Taiwan’s forces, in particular that of its reserves. The QDR pledged to strengthen the capabilities of these, with plans to improve the mobilization system, the organization, force structure, training and the equipping of the Taiwanese reserves.

Training for Taiwanese conscripts, who serve a 16-week term, will also be improved. The QDR said that combat fitness training and a 12.5-mile route march — the latter incorporating “realistic battlefield scenarios and combat drills based on given operational tasks” — will be added to the curriculum of the five-week basic training program “in order to enhance conscripts’ physical condition, and] strengthen their fundamental combat skills and capabilities.”