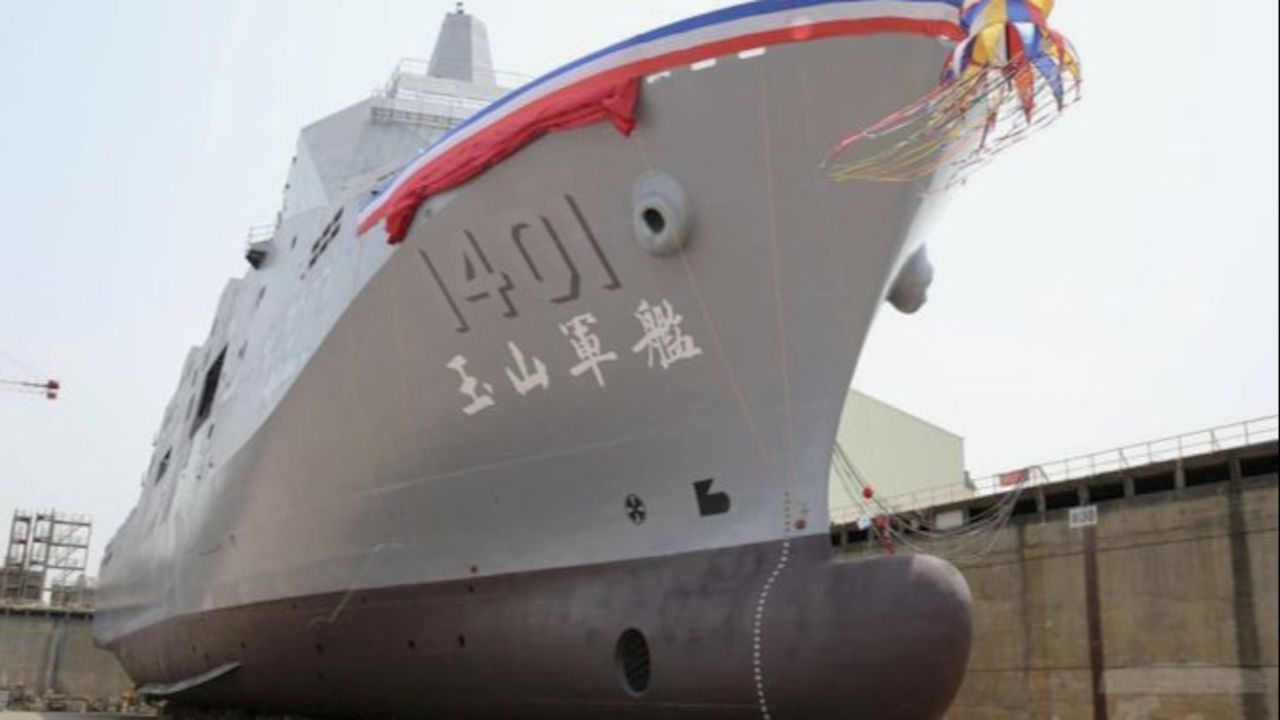 Taiwanese shipbuilder CSBC Corporation has launched the first of a planned class of four landing platform dock (LPD) vessels for the Republic of China Navy (RoCN).

Named Yu Shan (also spelled Yushan) (with pennant number 1401), the 153 m-long amphibious transport ship, construction of which began in May 2019, entered the water on 13 April in a ceremony held at the company’s facilities in the southern Taiwanese city of Kaohsiung and presided over by President Tsai Ing-wen.

The vessel, which is the first LPD to be built in Taiwan, has a beam of 23 m and a standard displacement of 10,000 tonnes. It is scheduled to be handed over to the navy in the first half of 2022 to support amphibious operations and transport missions. It is also expected to be deployed on peacetime missions, including for humanitarian-assistance and disaster-relief operations.

Once commissioned, Yu Shan will replace the RoCN’s only in-service amphibious transport dock, RoCS Hsu Hai (ex-USS Pensacola), which the Taiwanese navy has been operating for more than 50 years.