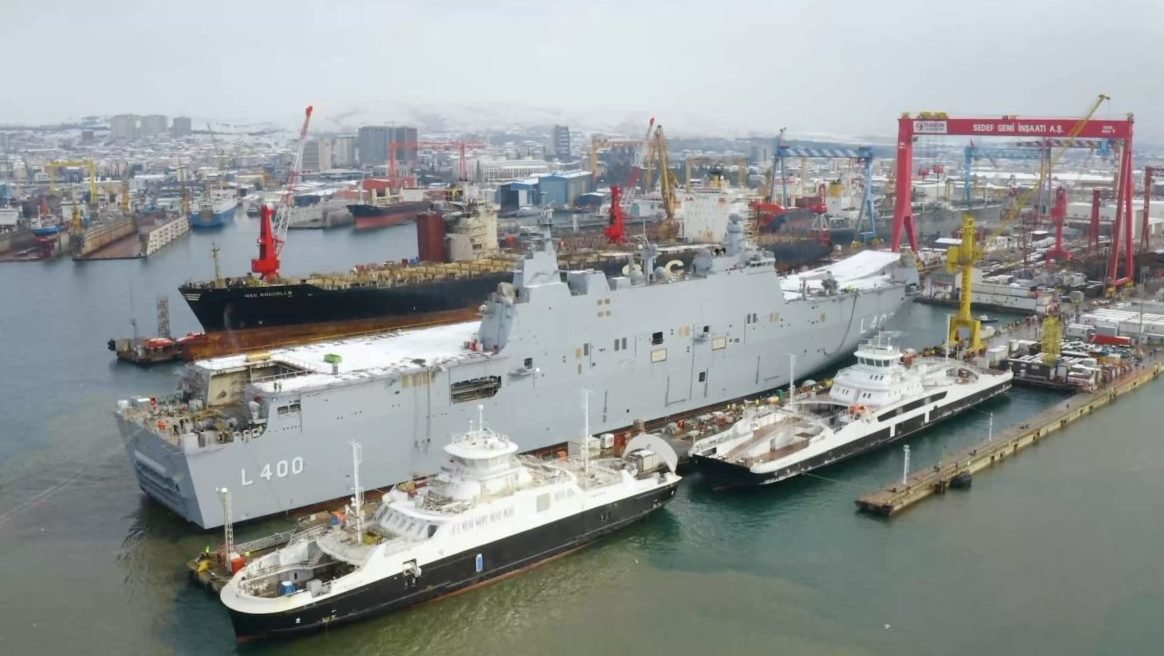 TCG Anadolu, an amphibious assault ship (LHD) of the Turkish Navy which is under construction by Sedef Shipyard, is preparing to go on its first test cruise.

After the completion of the test cruises of the ship, acceptance tests will begin.

TCG Anadolu is expected to be used with Bayraktar TB3 UCAVs in development by Baykar Teknologies.

In the post made on the Twitter account of the Presidency of Defense Industries, it said "Our #ANADOLU Ship, whose construction has been completed, is getting ready to go on its first test cruise."

Work for the construction of TCG ANADOLU started in 2014.

TCG Anadolu is expected to be delivered to the Turkish Naval Forces in 2022.

When the construction of the ship is completed, it will become the flagship of the Turkish Naval Forces.

TCG Anadolu, built in line with the needs of the Turkish navy, will be able to hold 8 fully equipped helicopters as well as a battalion of soldiers.

TCG Anadolu preparing to go on its first test cruise