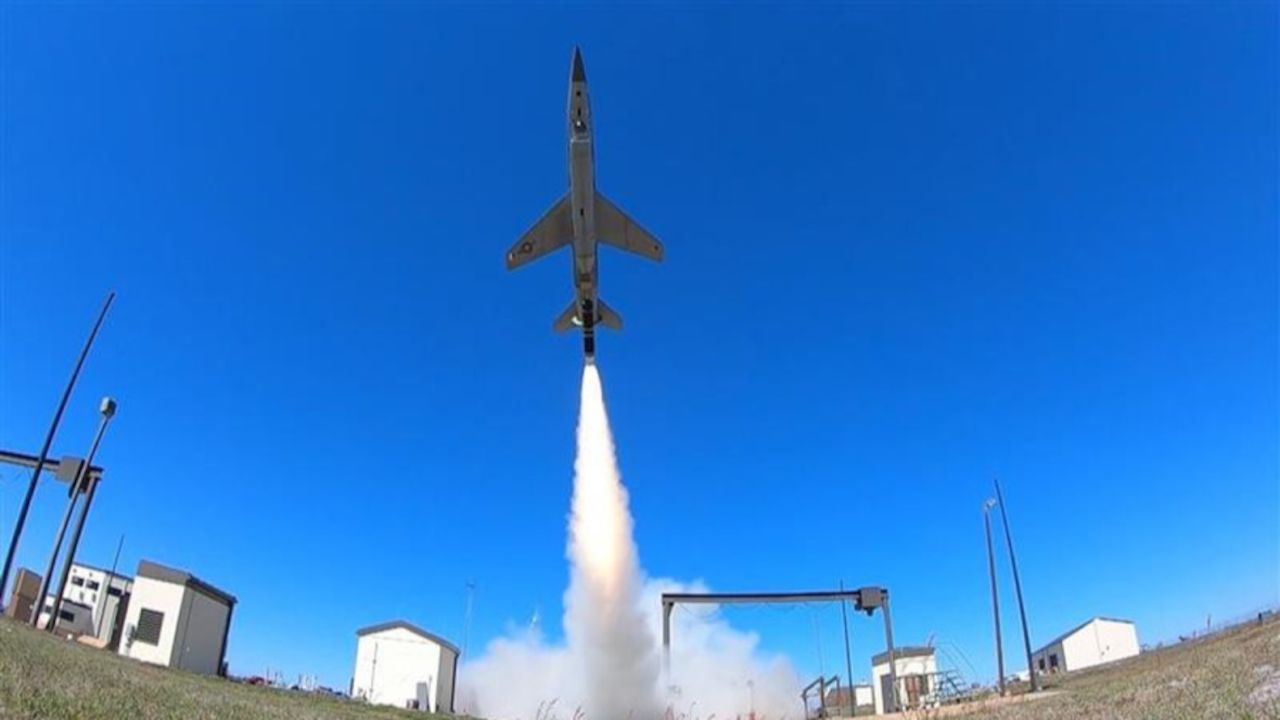 The Air Force carried out the first flight test of a “Skyborg” drone last month with an Kratos UTAP-22 Mako equipped with a bespoke autonomy system, moving the service one step closer to fielding an uncrewed “loyal wingman” for human pilots.

During a two-hour and 10 minute flight test held April 29 at Tyndall Air Force Base in Florida, a UTAP-22 equipped with the Skyborg autonomy core system performed a serious of basic flight maneuvers to demonstrate the safe operation of the system, the Air Force stated in a May 5 news release.

The autonomy core system, or ACS, is a package of hardware and software that effectively acts as the brains of the Skyborg aircraft, allowing the drone to conduct operations without the need of a human pilot to physically fly the aircraft.

“The ACS demonstrated basic aviation capabilities and responded to navigational commands, while reacting to geo-fences, adhering to aircraft flight envelopes, and demonstrating coordinated maneuvering,” the Air Force said in a news release.

The Skyborg test was monitored from several unspecified airborne and ground command and control centers.

“We’re extremely excited for the successful flight of an early version of the ‘brain’ of the Skyborg system. It is the first step in a marathon of progressive growth for Skyborg technology,’ said Brig. Gen. Dale White, the Air Force’s program executive officer for fighters and advanced aircraft. “These initial flights kickoff the experimentation campaign that will continue to mature the ACS and build trust in the system.”

Ultimately, the Air Force intends to field a family of Skyborg drones capable of operating alongside tactical aircraft like the F-35 and F-15EX and taking on missions too risky for human pilots.

Steve Fendley, president of Kratos’ unmanned systems division, said the event illustrated the potential for attritable drones — the term given to unmanned aircraft that, while reusable, are cheap enough that losses can be tolerated during combat.

Kratos is one of three aircraft manufacturers chosen by the Air Force to deliver Skyborg prototype drones that will be configured with the ACS for tests this year. The company received a $37.7 million contract in December 2020. The service also awarded contracts to Boeing and General Atomics worth $25.7 million and $14.3 million, respectively.

All three companies are expected to deliver their first prototypes by the end of May, the service previously said.

The April test was “was the first time an active autonomy capability was demonstrated on an Air Force test range, and is a first step to integrating these aircraft into a complex operational environment,” the service stated.

Further experiments are expected to occur over the next several months, with the end goal of demonstrating the operation of multiple Skyborg drones teamed with fighter aircraft flown by human pilots.