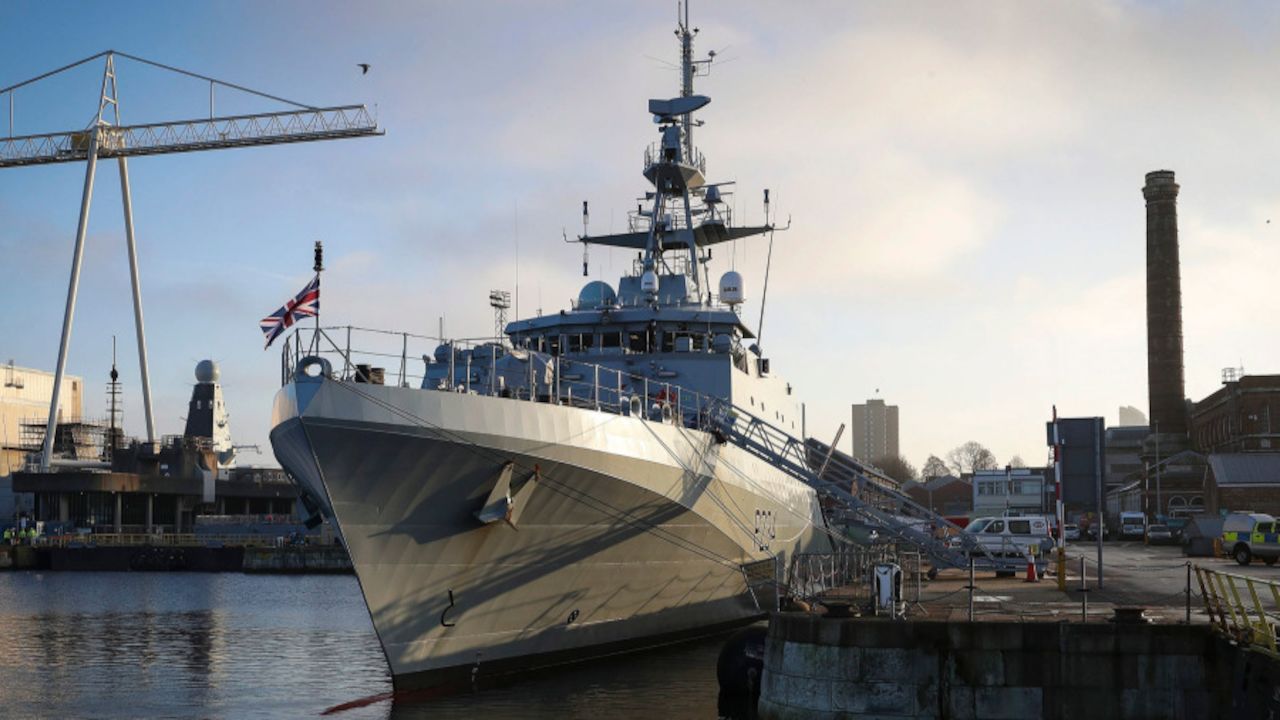 The final of five new offshore patrol vessels has formally joined the British Royal Navy in a short ceremony to raise the White Ensign for the first time on HMS Spey.

She was delivered to Portsmouth Naval Base in October from BAE Systems’ shipyards on the Clyde for the final stages of construction before Spey’s crew took custody of her yesterday afternoon.

Spey’s first Commanding Officer, Lieutenant Commander Ben Evans, said: “It is such a privilege to lead Spey’s complement through the coming trials and training programme and bring her to operational status.

“In spite of the considerable disruption caused by the pandemic, the Royal Navy has received the fifth and final offshore patrol vessel and our job now is to prepare ourselves and Spey for whatever operations we are assigned.”

No guests were invited for the ceremony to change the Blue Ensign – denoting a ship in government service – for White, and only essential personnel were on board with Spey, which is expected to depart Portsmouth next month for the first time.