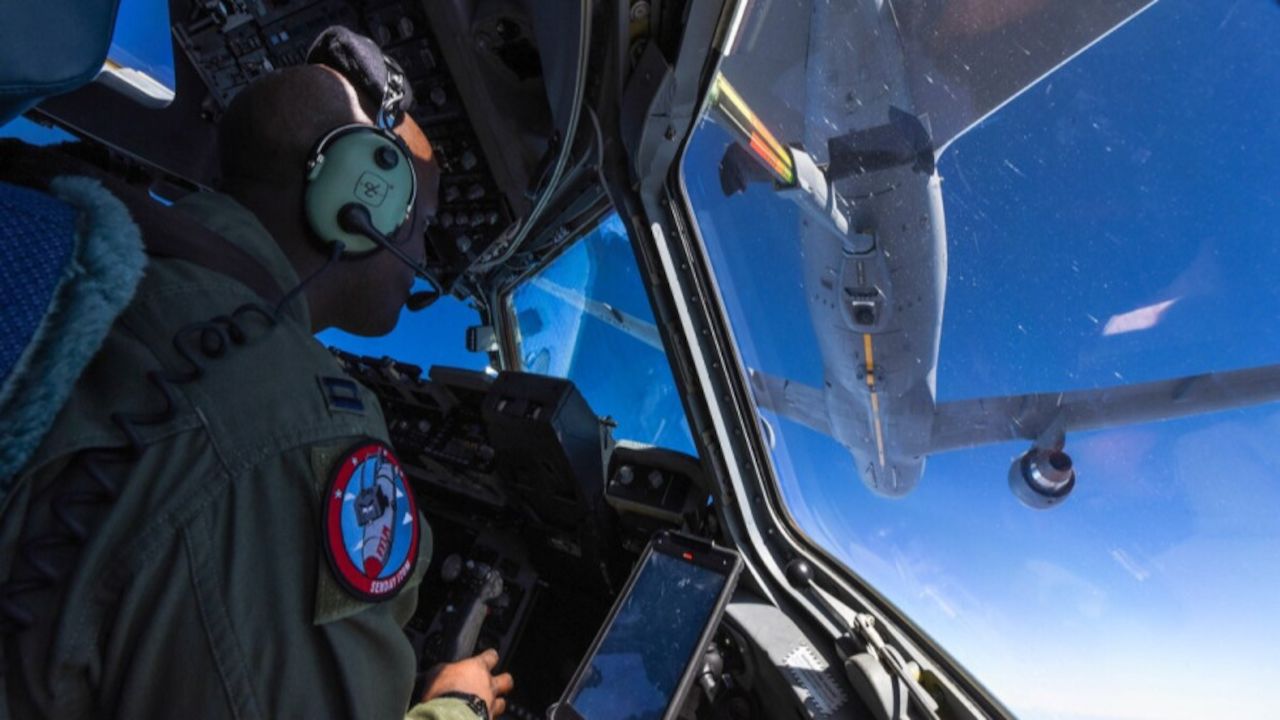 The U.S. Air Force is on its way to ameliorating a technical glitch that has left KC-46 tanker pilots waiting to take off, sometimes for hours, as a key system starts up.

The problem revolves around the Boeing-made tanker’s On-Board Inert Gas Generation System, which is used to convert oxygen in the aircraft’s fuel tanks to nitrogen, preventing the aircraft from exploding if the tanks are hit by lightning or enemy fire.

During a walk-through of the KC-46 held last month at Joint Base Andrews in Maryland, two pilots told reporters that — under current regulations — pilots are prohibited from taking off in a KC-46 until the OBIGGS is fully booted up, with a countdown timer on the aircraft’s display reading “zero.”

“That system right now, on average, takes just over an hour and a half to complete its duties,” said Maj. Tim McBride, an instructor pilot with the 931st Air Refueling Wing at McConnell Air Force Base in Kansas.

But it can take longer, he said, noting that maintainers had turned on the system that day at around 7 a.m., but it was still starting up hours later.

“The OBIGGS countdown timer] will start at 99, and it will just tick down and we can’t do anything until that timer gets to zero,” said Capt. Michelle McMillen, a KC-46 pilot and the 22nd Operations Group executive officer. “It’s very cumbersome. Sometimes it will randomly reset, and we don’t know why, and then we have to wait for it.”

The problem is a category 2 deficiency, which isn’t considered to have a major impact on safety or operations, said Brig. Gen. Ryan Samuelson, who leads the Air Force’s KC-46 cross-functional team, which coordinates the continued development and fielding of the tanker.

The issue doesn’t rise to the level of notoriety seen with the KC-46′s category 1 problems, which include a boom that cannot refuel the A-10 Warthog and a Remote Vision System with cameras that do not provide the acuity necessary for boom operators to refuel planes in all lighting conditions without greater risk of scraping the receiver aircraft.

But pilots said the OBIGGS problem can be an annoyance, and they pointed to the issue as one they would like to see fixed.

“That system makes the Federal Aviation Administration] very happy in the certification of the aircraft] for safety purposes. But coming from a background where I was trained how to do scramble launching, that’s kind of counterproductive to that,” McBride said.

A short-term solution could be in place as soon as next month. The Air Force has approved a procedural change that would allow pilots to take off even if the OBIGGS timer is still counting down, a spokeswoman for Air Mobility Command said in a statement. Once the new policy is incorporated into the KC-46 flight manual, which is slated to occur in April 2021, it will go into effect.

The Air Force is still in search of a permanent solution to the OBIGGS deficiency, which was first documented in April 2019.

“As we fielded the aircraft, we realized that the way in which we power up the aircraft with the boom checks and all of that is causing problems in that algorithm and causing it to reset,” Samuelson said. “Boeing is working on a fix for us.”

The Air Force plans to buy 179 KC-46s over the program of record. The service already received more than 40 tankers from prime contractor Boeing.

Last month, Gen. Jacqueline Van Ovost, who leads Air Mobility Command, announced that the Air Force would start to make the KC-46 available to U.S. Transportation Command for certain operations — which would not include wartime missions in the Middle East or any refueling mission involving stealth aircraft.

After a visit to McConnell Air Force Base, U.S. Transportation Command chief Gen. Stephen Lyons said the Air force could make the aircraft available “for limited mission requirements” as early as June, according to a March 6 tweet by the command.