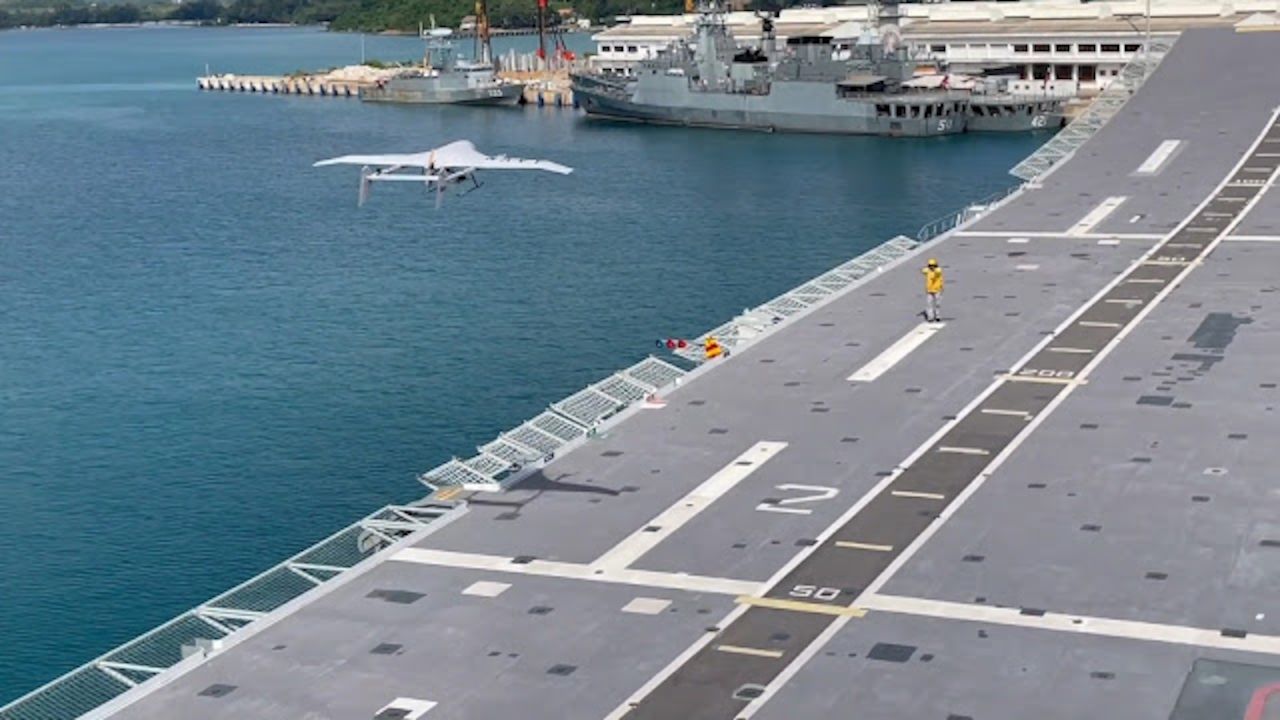 The MARCUS-B UAV is based on the previous MARCUS drone, which was unveiled at the opening ceremony of an RTN naval exercise in March 2021. The MARCUS-B UAV is larger and heavier than its predecessor and stands at 2.5 meters long and with a wingspan of 4.3 meters. It has a maximum takeoff weight of 45 kilograms and a payload capacity of more than 10 kg. It fly at a speed of 37 knots with a range of around 180 kilometers.