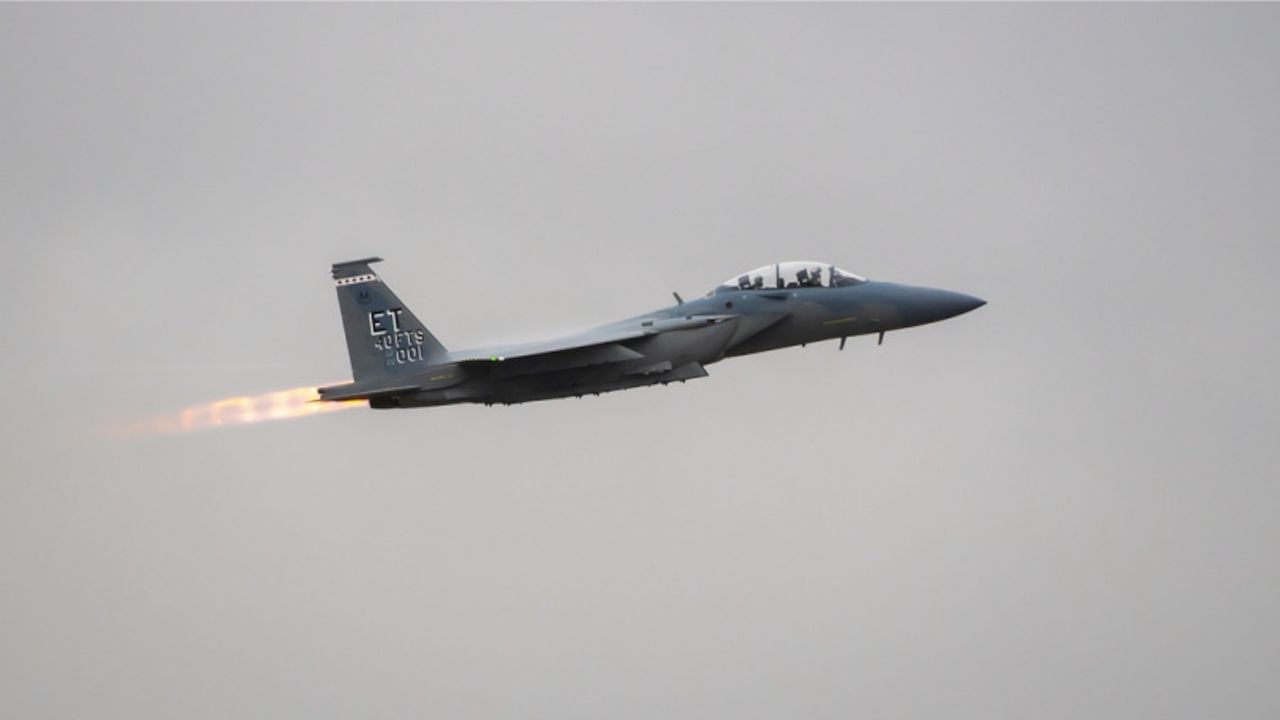 The U.S. Air Force took delivery March 10 of the first F-15EX from Boeing and will soon begin testing the new jet, the service said Thursday.

The Air Force signed off on the acceptance of the first F-15EX at the company’s St. Louis facility, the service said in a news release. A photo from Boeing shows the aircraft en route to Eglin Air Force Base in Florida.

“This is a big moment for the Air Force,” said Col. Sean Dorey, the Air Force’s F-15EX program manager. “With its large weapons capacity, digital backbone, and open architecture, the F-15EX will be a key element of our tactical fighter fleet and complement fifth-generation assets. In addition, it’s capable of carrying hypersonic weapons, giving it a niche role in future near-peer conflicts.”

The newest “EX” version of the venerable F-15 comes with advanced avionics such as the Eagle Passive/Active Warning and Survivability System electronic warfare system, a digital cockpit, the more advanced ADCP-II mission computer from Honeywell, and fly-by-wire flight controls.

Boeing’s delivery of the F-15EX comes little more than a month after the inaugural flight of the jet on Feb. 2. A second aircraft is due to arrive at Eglin next month, and the remaining six aircraft in the first lot will fly to Eglin in fiscal year 2023 for operational testing.

The Air Force placed its first order for the F-15EX in July 2020, awarding a contract for the first lot of eight jets with a value not to exceed about $1.2 billion. The entire program has a ceiling value of $23 billion. It plans to buy at least 144 F-15EXs to replace the F-15C/D fleet, which is at an average age of 37 years and starting to see structural strain. However, the contract has options that would allow the service to buy up to 200 jets.

The second lot of F-15EX planes is on schedule for delivery in fiscal year 2024 to Kingsley Field Air National Guard Base in Oregon, which will also serve as the site for F-15EX training. The third lot will deliver to Portland ANGB in Oregon in fiscal year 2025, with the base’s 142nd Wing becoming the first operational unit to fly the aircraft.