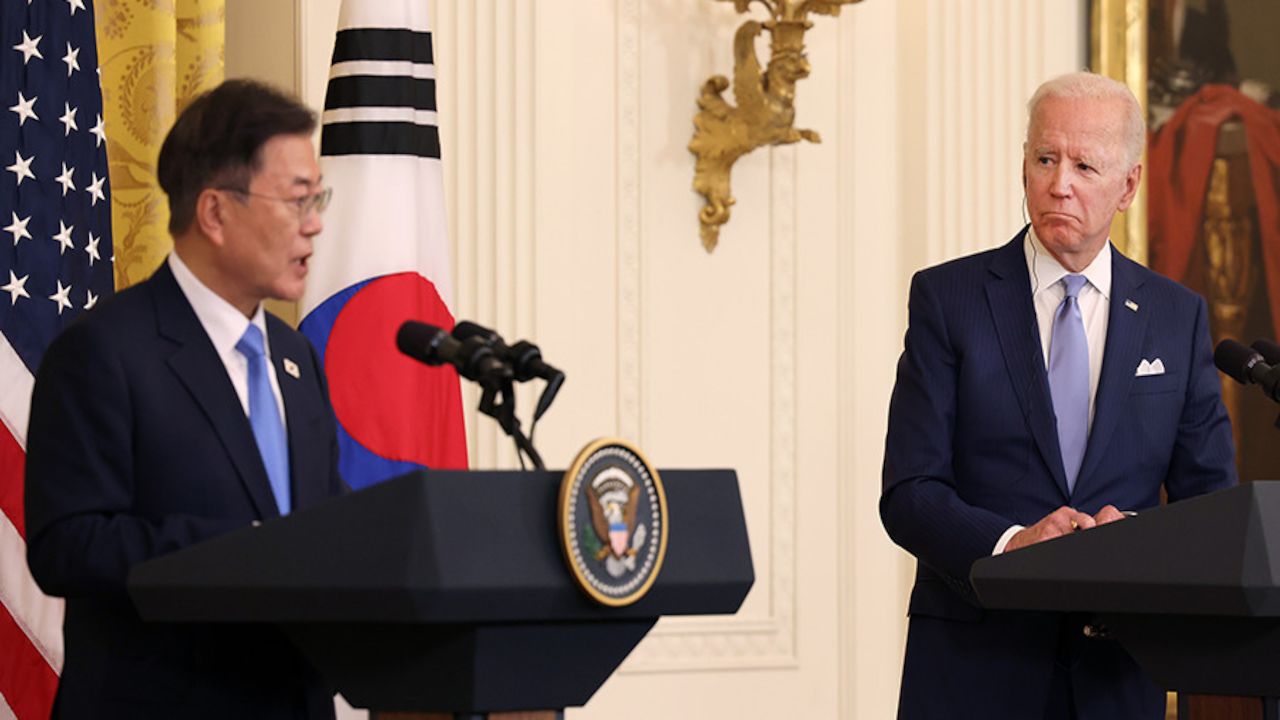 Bilateral guidelines that have long restricted development of South Korea’s ballistic missile program have been terminated, according to an agreement announced by President Moon Jae-in at his summit with U.S. President Joe Biden at the White House on May 21.

The move, long sought by Seoul, will affect the regional security dynamic in Asia by expanding South Korea’s missile and space force capabilities. It is also expected to further contribute to a rebalancing of the military relationship between the two long-time allies.

The still-classified guidelines, signed by the two countries in 1979 and revised four times, placed varying limits primarily on the range and maximum payload that South Korea could incorporate in its ballistic missile designs.

Washington originally provided technological support for Seoul’s missile systems in return for the restrictions because it wanted to stymie Seoul’s desire to build its own nuclear force. Prior to the May 21 revisions, South Korea’s missile forces could not develop or possess ballistic missiles with a maximum range of greater than 800 kilometers.

South Korean Prime Minister Chung Sye-kyun tweeted on May 21 that terminating the guidelines meant his country would have “secure complete missile sovereignty for the first time] in 42 years.”

South Korea and the United States have been working toward rebalancing their military dynamic. In March, the two countries signed the Special Measures Agreement, increasing Seoul’s financial contribution to the alliance. At a joint press conference with Biden, Moon said the missile agreement was a “symbolic and practical” sign of the “robustness of our alliance.”

As further evidence of that commitment, Biden announced that the United States would provide enough COVID-19 vaccines for the 550,000 South Korean military personnel who work closely with the 35,000 U.S. forces based in the country. Although Seoul recently signed a deal with Moderna for approximately 20 million doses, with some arriving before June, the government has only vaccinated around 5 percent of the population, according to Reuters.

In their formal joint statement, the two leaders affirmed their commitment to a combined defense posture under the U.S.-South Korea Mutual Defense Treaty and to the U.S. readiness to defend South Korea with its full range of capabilities. They also committed to “maintaining an inclusive, free, and open” Indo-Pacific region involving both the freedom of navigation and overflight in the South China Sea; preserving peace and stability in the Taiwan Strait; and “maintaining joint military readiness.”

At a May 24 press conference, Chinese Foreign Ministry spokesperson Zhao Lijian expressed Beijing’s concerns about the references in the Biden-Moon joint statement regarding Taiwan.

Biden and Moon established a comprehensive KORUS Global Vaccine Partnership that strengthens collaboration in international vaccine efforts, promised to forge “new ties on climate, global health, emerging technologies, including 5G and 6G technology and semi-conductors, supply chain resilience, migration and development, and in our people-to-people relationship.” Plans also include bolstering their trilateral alliance with Japan and bilateral partnerships in space, science, and nuclear projects, according to the joint statement.

The summit featured pledges from major South Korean companies such as Samsung, Hyundai, and LG to invest more than $25 billion in the United States to help secure supply chains on semiconductors and other items.

From the beginning, Biden has made clear that he views strengthening security in East Asia and rejuvenating regional alliances as a priority. His first two overseas visitors at the White House were Moon and, before that, Japanese Prime Minister Yoshihide Suga.