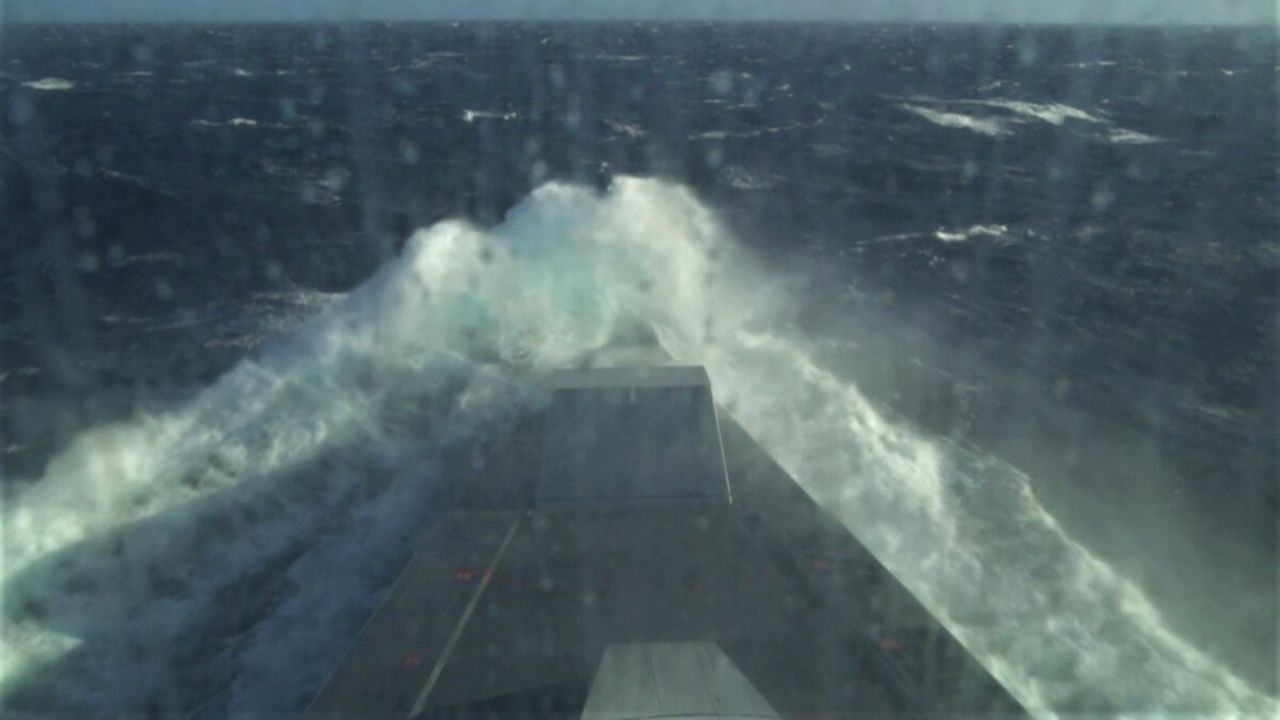 Engineers from the Naval Surface Warfare Centers Carderock Division and Philadelphia Division carried out tests late last year on Zumwalt as part of the ship’s Performance and Special Trials, which are conducted on the lead ship of every class to test how the ship behaves in various sea conditions.

The ship held its own through the high end of Sea State 6, which means 20-foot seas, according to a Naval Sea Systems Command press release, with ship and crew performing at acceptable levels according to the parameters of the test.

“There were no exceedances of critical motion criteria limits,” the release read.

While underway in spring 2019, Capt. Andrew Carlson and the crew of Zumwalt took the ship to Alaska, where they experienced some heavy seas.

“We took advantage of a storm up near Alaska that presented us with Sea State Six conditions,” said Carlson, referring to sea’s waves between 13 and 20 feet high. “All told I’d rather be on that ship than any other ship I’ve been on.”

The motion of the ship is different from previous classes of ship, Carlson told Defense News, but all told said it handles heavy seas better than other ships he has served on.

“You definitely have to get used to the roll, which is very short compared to other ships,” Carlson said. “For those of us who have been on cruisers, especially up top, you kind of lean over 15 degrees and you wonder if you are going to come back. We didn’t experience any of that. As long as you get used to the finer oscillation, it really handles very well.”

The next step for Carderock will be to take the data from the testing on Zumwalt back to its enormous wave pool in the Maryland D.C. suburb and replicate the conditions on their model.

“Effectively, we will be re-running critical portions of the trial at model scale onsite at Carderock,” said Stephen Minnich, who ran the testing on Zumwalt, according to the press release. “This will enable us to quantify the differences between our model-scale predictions and our full-scale observations.”