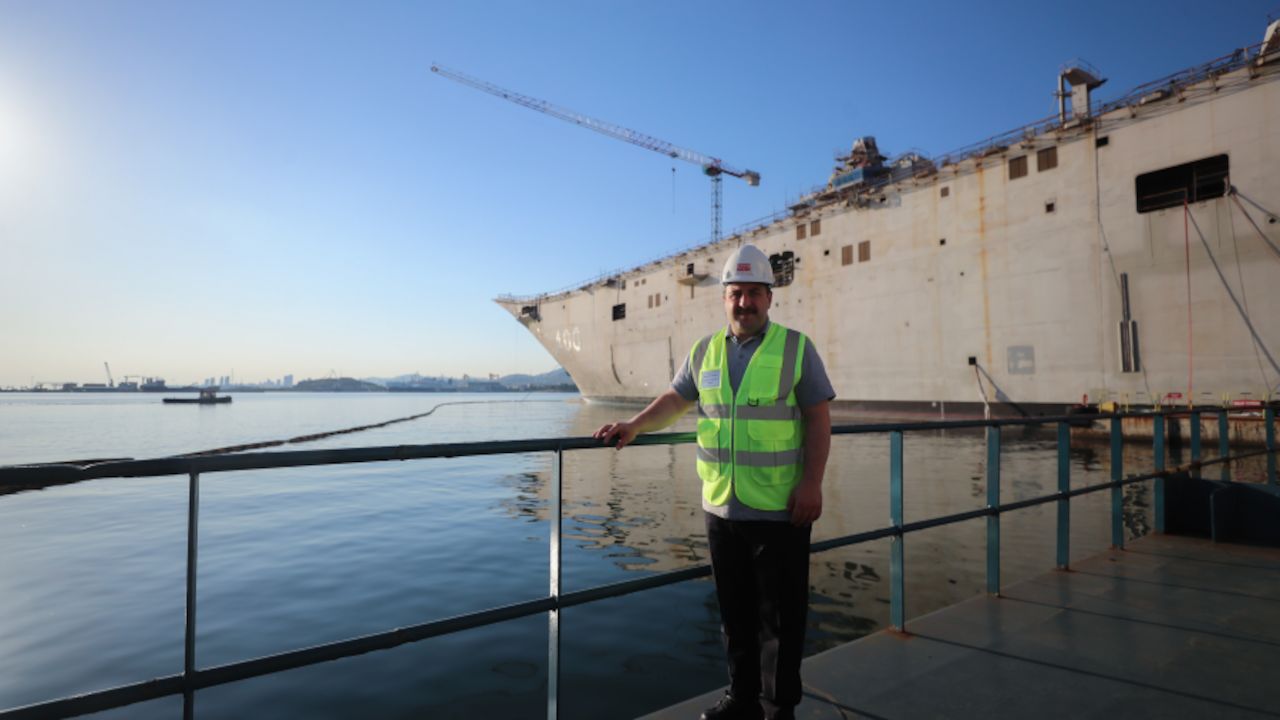 The construction of TCG Anadolu, which will bring the Turkish Armed Forces to overseas power transfer capability, continues at full speed.

The Minister of Industry and Technology Mustafa Varank, has received information about the construction work of the largest ship produced in Turkey  in his visit to Sedef Shipyard in Tuzla city.

In a statement after his visit, Varank said that the Multipurpose Amphibious Assault Ship which is the first time produced in Turkey, would be the largest tonnage ships will enter the inventory of the Turkish Naval Forces.

Varank said that the ship, which recently draws attention to Turkey as a regional power, could carry nearly 100 amphibious mission groups, including national tanks and armored vehicles, and more than 30 aircraft, depending on the mission.

While pointing out the possibility of launching the tactical unmanned aerial vehicles (UAV) without vertical landing-takeoff features from this ship, Varank said: "These ships will add significant capabilities to Turkey becoming a global power. The construction work is progressing quite fast."