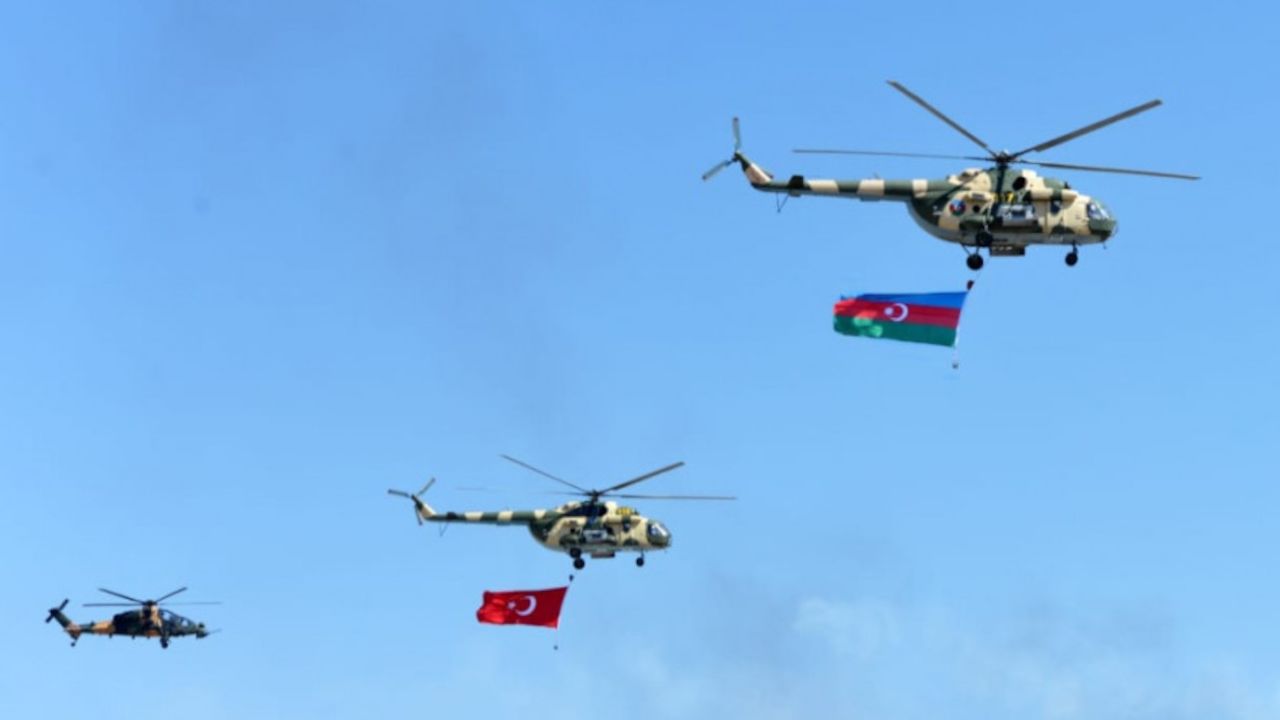 Dummy enemy targets were hit from land and air during the joint military drills carried out by the Turkish and Azerbaijani Armed Forces in Nakhchivan.

Within the framework of the military cooperation between Azerbaijan and Turkey, the tasks fulfilled during the maneuvers, conducted in order to improve coordination between the two countries' armed forces, displayed thrilling war scenes.

As part of the maneuvers, enemy unmanned aerial vehicles were deactivated, and enemy reserve forces were attacked from air.

During the drills, in which special forces units also participated, air drops were made in certain areas. Moreover, fighter jets performed different tasks throughout the drills.

At the end of the joint drills, helicopters flew carrying the Turkish and Azerbaijani flags in display of partnership and friendship between the two brother countries.