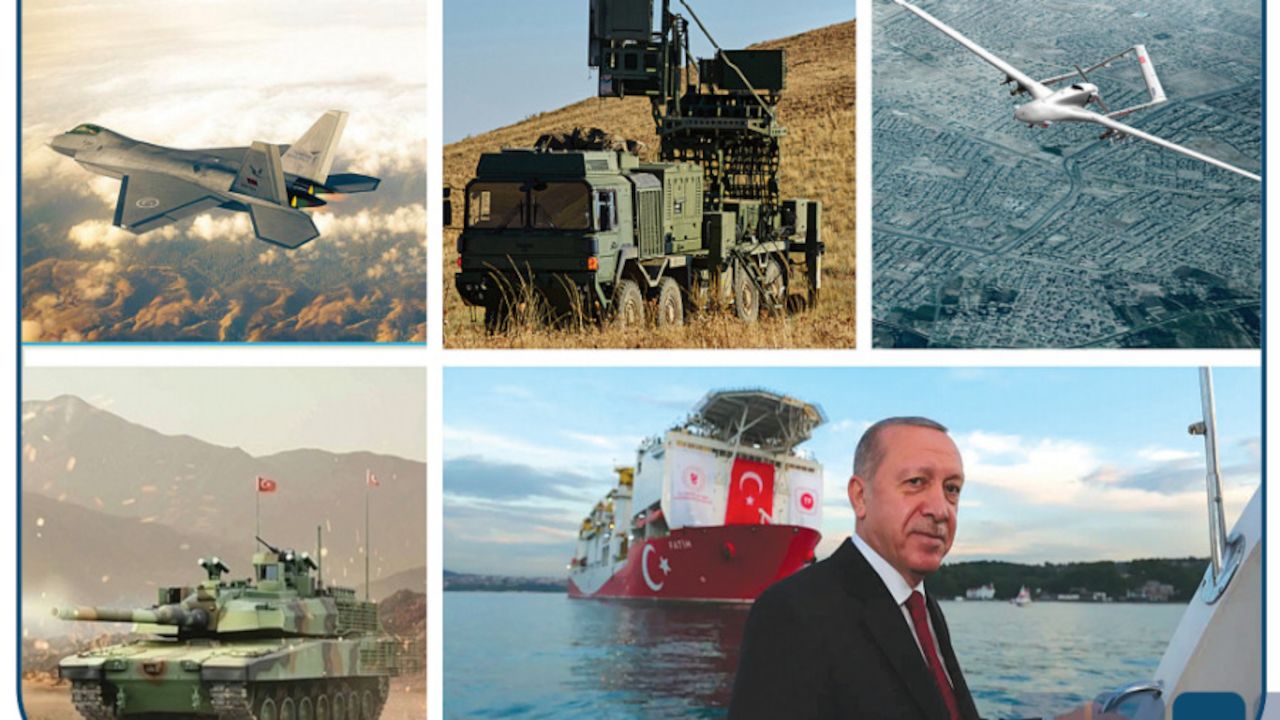 The developments taking place around the borders of Turkey cause security concerns and require Turkey to resort to military options. However, as wars become more complex, battlefields become narrower, and military and civilian populations get closer, involved parties feel obliged to change the weapon systems that they use. The Turkish Army, with its strong commitment to civilian safety in its military campaigns, frequently uses unmanned combat aerial vehicles (UCAV) to prevent collateral damage. Targets are incapacitated either directly by use of UCAVs or by artilleries that work with precise location information obtained through unmanned aerial vehicles (UAV). The most recent examples have been in Idlib where Turkey took a direct side in the war and in Libya where the Turkish Army acts as a consultant.

After the Astana Summit, Idlib became the focal point of regional and global players. The region can almost be described as a brief summary of the 10-year Syrian war. In addition to being a hot war zone, it is populated by foreign terrorist fighters and opposition groups. While Russia wants it to be a ‘weapons-free’ area so that it can maintain its presence in Latakia, the regime sees it as an area that should be taken over so that the opposition will be weaker during the constitution talks. Therefore, as a place of occasional armed conflict, Idlib is now the epicenter of the Syrian war. The escalating tension in Idlib before and after the Astana talks made an armed conflict almost inevitable. The parties involved, especially Turkey, made great efforts to prevent the tension from turning into an armed conflict and even set up observation posts in the region as a part of the agreements reached during the Astana talks and worked to protect the cease-fire period thought to be guaranteed with the Sochi Agreement.

The predictions that any new tension in Idlib could translate into a new wave of refugees were proven right and, as a result of the increasing air attacks and operations of the regime in spring of 2019, civilians began fleeing Idlib and moved towards the Turkish border. Only in the past year, more than 1 million Syrians left their homes for the Turkish border.

The basic goal of the military campaign was to stop the advance of the regime and to ensure the safety of civilians in the region. Therefore, it had been a contained battle. The presence of different players in Idlib has increased the risk of provocation against the Turkish security posts. Furthermore, due to the presence of civilians, the active air defense units and the close proximity of residential areas, firepower was used only in a limited manner.

During the operation, the Turkish Army successfully managed its land and air forces and carried out an exemplary UCAV operation. Turkey successfully completed Operation Spring Shield (BKH) thanks to its national weapon systems, its strong experience in the use of UAV/UCAV, which was gained during its fight against terrorism, and its long-standing experience in coordinating air and land forces, once again due to its long cross-border counter-terrorism operations.

The performance of the Turkish Army during Operation Spring Shield was closely related to the experience gained with Turkish UCAVs in Libya. Thanks to the consulting offered by the Turkish Army in a geography far away from our own, the UCAVs proved very useful despite limited fire support, which became particularly clear after the incapacitation of the Russian 5 o r s a m . o r g . t r Pantsir self-propelled air-defence systems. In a concept similar to BKH, UCAVs are used in offensive attacks with the help of both electronic attack/electronic support (EA/ES) systems and artillery. This shows that the Turkish Army is moving beyond the usual concept of operations and showed the flexibility to adapt its field experience to new developments. This study examines the onset of the crisis in Idlib, the weapon systems that were used in the subsequent Operation Spring Shield, and the effect of UCAVs regarding the consulting services provided in Libya.

to reach the full report click on: Turkey’s Military Transformation: The Idlib and Libya Cases