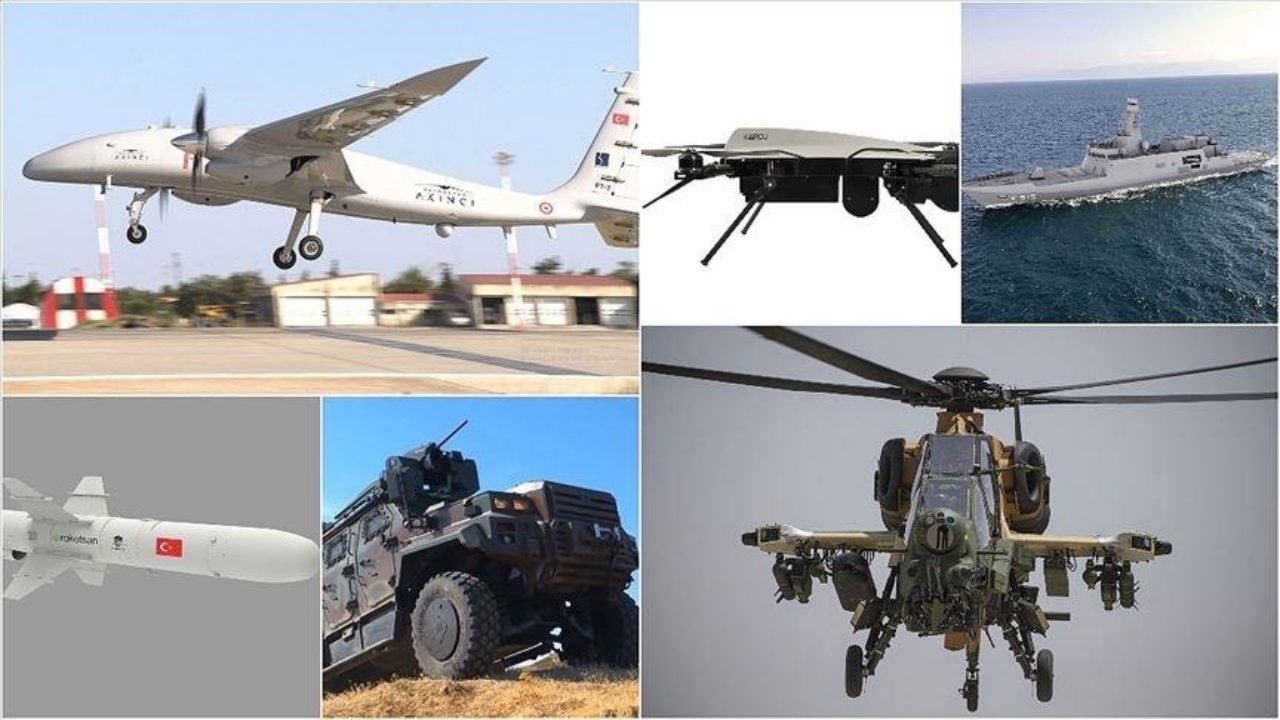 Turkey is increasingly asserting itself as a military power able to produce and market weapons, according to an analysis published Wednesday in a French newspaper.

The analysis, titled "How drones are changing warfare" in the French daily newspaper La Croix, said the recent conflicts in Ukraine, Syria, Libya, Nagorno-Karabakh and Ethiopia have made the use of armed drones widespread.

Noting that Turkish TB-2 and Israeli Harop drones helped Azerbaijan win the conflict in a short time with much less loss of life in Nagorno-Karabakh, it said Turkey successfully benefited from armed drones in Syria in March 2020 and Libya’s Government of National Accord gained superiority over forces loyal to warlord Khalifa Haftar thanks to Turkish drones.

Leading armed unmanned drone manufacturers including Turkey, the US, China, Israel and Russia are working on a combination of artificial intelligence and robot technology, it added.

The analysis' section devoted to Turkish drones, dubbed "The drone, a tool of influence for Turkey," also said that successful performances in Syria, Libya and Nagorno-Karabakh increased Turkish drone sales.

Claiming that Turkish President Recep Tayyip Erdogan uses the country's know-how in this area as a diplomatic weapon, the article said that Turkey’s allocation of resources to defense reached 7.5% of the country’s total expenditure in 2020 compared to 5.4% in 2015, according to the Stockholm International Peace Research Institute.

"Although the country continues to import certain parts, Turkey is asserting itself more and more as a military power able to produce and market weapons but also to ensure the training of teams," it said.

It underlined that the performance and technological superiority of the Bayraktar-TB2 allows it to change the balance in power relations, adding dozens of Turkish drones were exported to Ukraine, Poland, Kazakhstan, Kyrgyzstan and Qatar.

It also said that Turkish drones were the focal point of the 3rd Turkey-Africa summit held in Istanbul on Dec. 17-18.

The analysis also gave space to comments by defense policy expert Arda Mevlutoglu, who said: "What is important to emphasize is that Turkey is able to offer products to NATO standards without imposing heavy diplomatic restrictions as Western countries do."