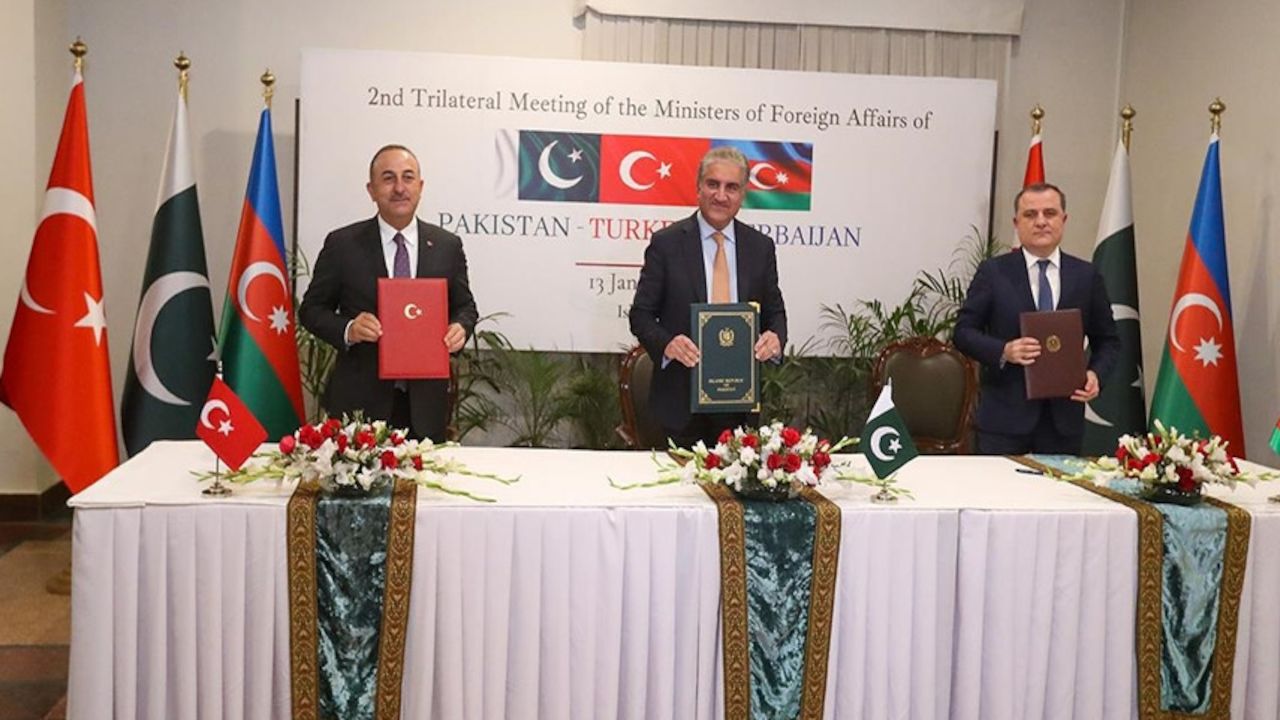 The foreign ministers of Azerbaijan, Turkey and Pakistan issued a joint declaration Wednesday following the Second Round of Trilateral Dialogue of the Ministers of Foreign Affairs which was held in the Pakistani capital of Islamabad.

The Islamabad Declaration said the ministers agreed to enhance joint efforts on combating Islamophobia, discrimination and persecution of Muslim minorities, in particular at the regional and international fora, expressing serious concerns over the grave human rights violations and crimes against humanity committed against Muslim communities in various parts of the world.

The ministers also discussed the far-reaching implications for economic growth and public health due to the COVID 19 pandemic, agreed to exchange information, research, expertise and best practices and called for enhanced international cooperation and solidarity to effectively and comprehensibly address the challenge, keeping in view financial and capacity limitations of developing countries.

Emphasizing the existing cordial ties among the three countries based on fraternity, historic and cultural bonds, mutual respect and trust, they also renewed their resolve to strengthen cooperation in peace and security in line with various international and regional instruments to combat all forms and manifestations of terrorism, transnational organized crime, trafficking of drugs and narcotics, trafficking in persons, money laundering, crimes against cultural and historical heritage and cybercrimes.

Expressing deep concern over the unilateral actions of continuing grave human rights violations in and efforts to change the demographic structure of Jammu and Kashmir, the ministers also reiterated their principled position for a peaceful settlement of the Jammu and Kashmir dispute in accordance with the relevant UN Security Council resolutions.

They resolved to support a just, sustainable and realistic and mutually accepted settlement of the Cyprus issue, as well as the issues in the Aegean and the Eastern Mediterranean on the basis of international law.

The declaration also noted the ministers’ support for putting an end to the Armenia-Azerbaijan conflict and normalization of relations on the basis of sovereignty and territorial integrity and internationally recognized borders of Azerbaijan in accordance with the relevant UN Security Council resolution.

Aware of the vulnerability of the regions to adverse impacts of climate change, the ministers of the three countries underlined the need to intensify cooperation for food and energy security, environment and sustainable development and called for greater international cooperation for the timely response and achievement of the 2030 Sustainable Development Goals.