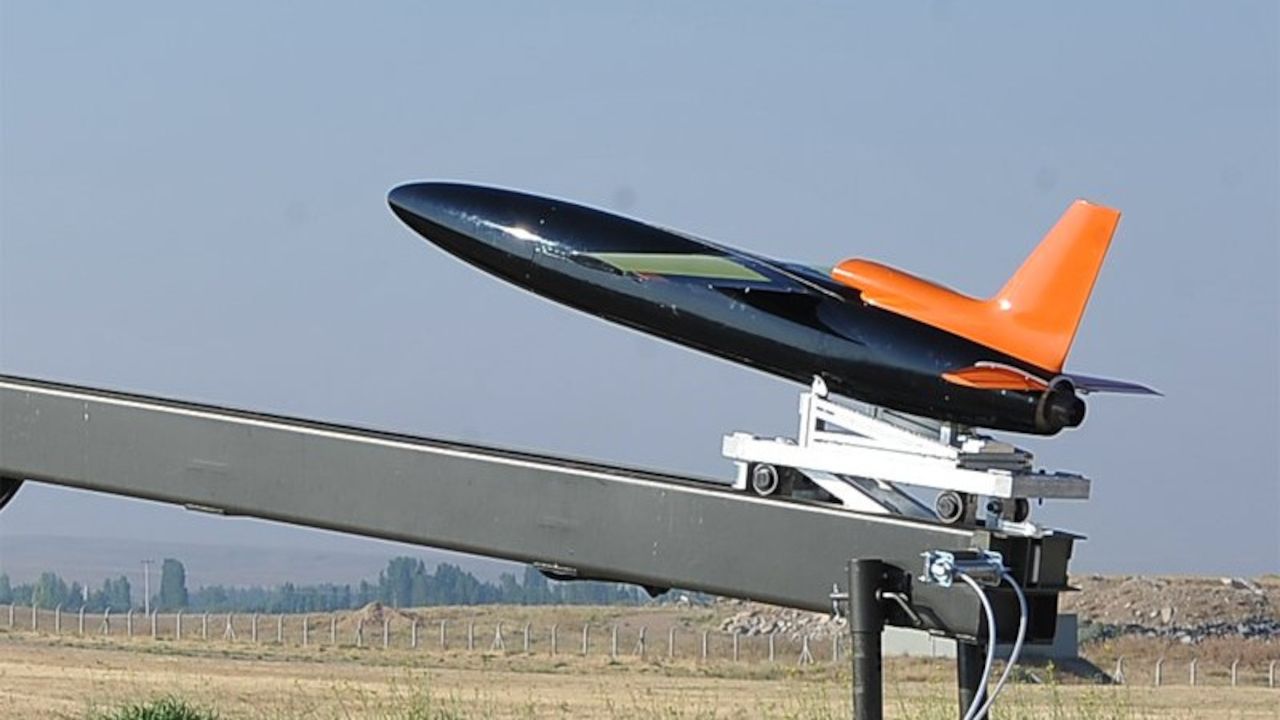 Turkish Aerospace Industries has converted its Simsek training system into a kamikaze drone.

The program for the high-speed target-drone system began in 2009 to meet the Turkish military’s need for training against aerial targets, simulating enemy aircraft or missiles. It was created as a turbojet-powered, high-speed platform with a maximum speed of 400 knots (740 kph) that can fly to an altitude of 15,000 feet.

Temel Kotil, the head of TAI, said in an April 25 interview with CNN Turk, that the system can now be used as a kamikaze drone.

“It can carry 5 kilograms of explosives, and it can fly around 100-200 kilometers when launched from a UAV. We produce 100 Simsek drones per year,” Kotil said.

Until 2020, Simsek participated in military exercises with a catapult system, but last year TAI integrated Simsek to its combat-proven Anka drone.

The kamikaze variant of Simsek isn’t quite a loitering munition like Harop, made by Israel Aerospace Industries. It was designed to simulate an aircraft; its speed and agility is better than that of a loitering munition, but Harop is larger, has a greater range and can carry more explosives. However, Simsek is cheaper and easier to produce.

With the addition of optical sensors and data link capabilities, Simsek could be used to loiter. But these additions would adversely impact flight performance and increase costs.

Integrating Simsek to larger combat drones, like TAI’s Anka and Aksungur, provides enhanced range and speed. Launched from a drone, Simsek can be used as a decoy to confuse adversarial air defenses. The addition of explosives is a bonus, but 5 kilograms wouldn’t do much in the way of neutralizing an adversarial armored unit.

The kamikaze version of the Simsek is reportedly ready for operational use; however, TAI is still working to enhance its payload and maneuvering capabilities.