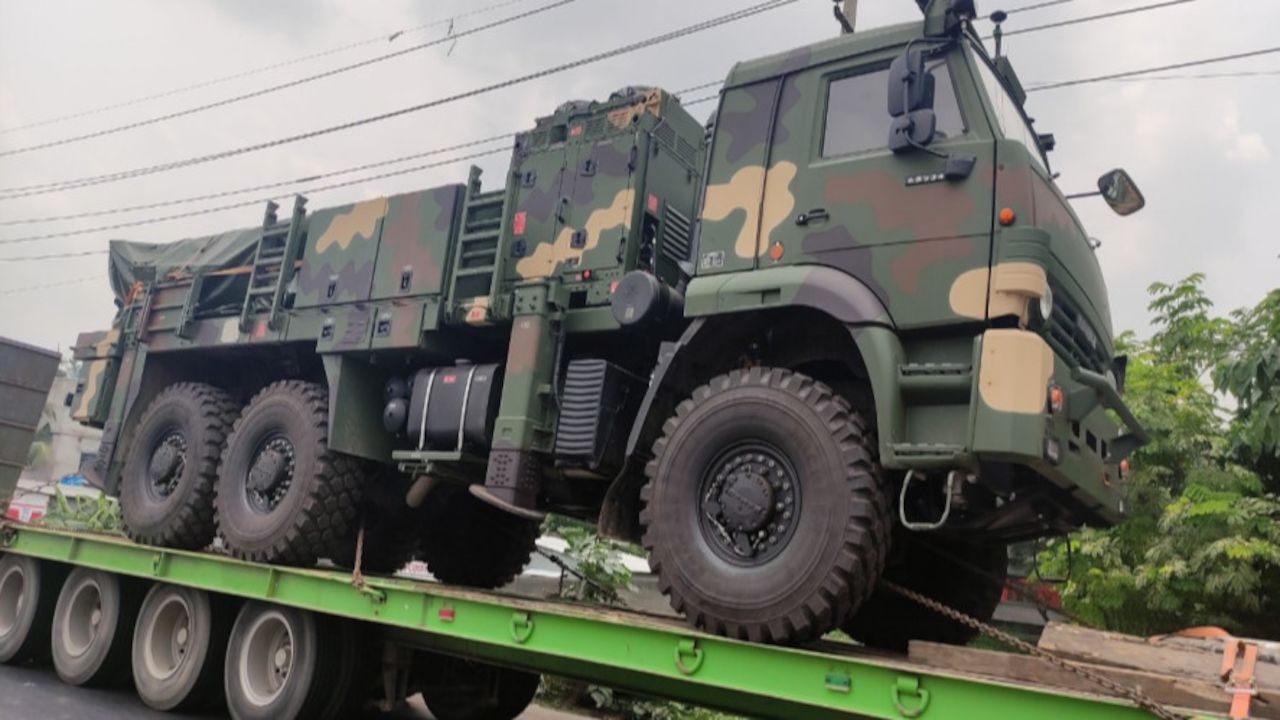 Photos of the shipment being transported by heavy equipment transporters (HETs) by road were snapped up by netizens in Bangladesh today.

Earlier in the year the Bangladesh Army Chief of Staff (CAS) General Aziz Ahmed disclosed the delivery of Turkish origin GMLRS and Chinese light tanks would be completed by the middle of the year.

The Bangladesh Army is in the midst of a large scale modernization that has witnessed procurement of military hardware from Europe, China and US.

In recent years Turkey has secured itself as one of the major defense equipment suppliers to the Bangladesh Army and Air Force. It is also trying to develop cooperation with the Bangladesh Navy, naval shipyards and the Bangladeshi defense industry.

This is largely accounted for the sale of three regiments of Type B MLRS (Tiger Missile System). Each regiment includes 18 firing units and associated support vehicles.

The Tiger Missile System (Type B) is designed to hit potential targets such as artillery systems, air defense systems, radar sites, assembly areas, logistic facilities, C3 facilities and other high priority targets. It is combat proven and has the capability to function in all weather, terrain in day or night. The system is characterized by its high accuracy precision strike capability and anti-jamming functionality.

The 300mm diameter rockets have a warhead weight of up to 670 kg and effective radius of over 80 m. It is accurate to less than 10 m and its guidance is achieved by GPS, GNSS aided INS.

Turkey has exported this system to several other friendly nations already including Azerbaijan, which used it in combat.