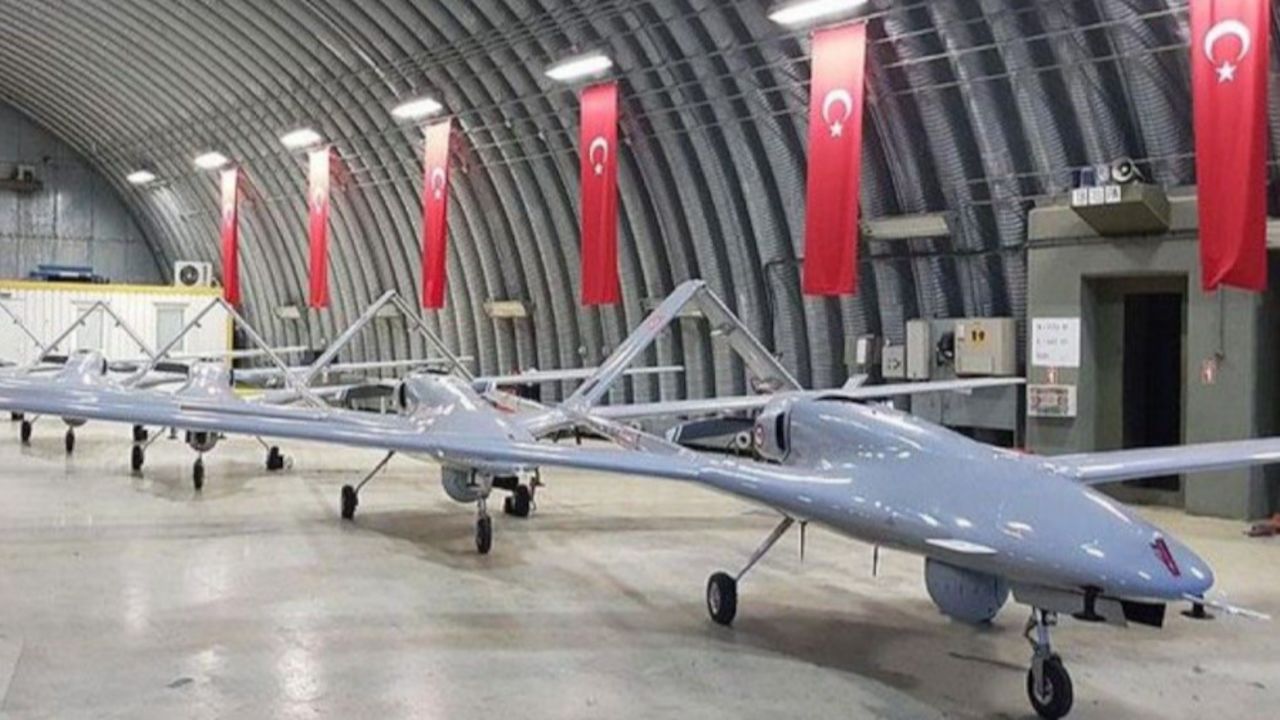 While made-in-Turkey combat drones continue to make headlines for their proven operational capability and export success, the country’s air force has faced questions over some of its aging equipment, despite growing support from unmanned aerial vehicles (UAVs).

However, according to others, the alarm bells are still far from reality. They say UAVs provide many advantages for Turkey in both the short and long term as they become an inseparable part of the army.

Arda Mevlütoğlu, a specialist in aviation, space, defense policies and technologies, in an exclusive interview with Daily Sabah said Turkey can easily fulfill the gap that may occur between itself and neighboring countries with effective use of electronic warfare (EW), long-range precision-guided weapon systems and advanced drones produced by the local defense industry.

Mevlütoğlu said he personally expects Turkey's Air Force Command to become a force that exploits the full potential of all types of unmanned aerial vehicles, EW systems and precision-guided weapon systems, one that “can link all these systems to communicate with each other.”

The country’s air force currently has around 240 F-16C/Ds and around 30 F-4Es. The F-4Es are at the very end of their service lives, Mevlütoğlu said, while some 35 aircraft in the F-16 fleet are Block 30 models that are receiving structural upgrades for prolonged use.

Ismail Demir, head of the Presidency of Defense Industries (SSB), noted in earlier statements that structural upgrades to the F-16 Block 30 aircraft continue and that 1,200 to 1,500 pieces of structural parts per aircraft are being renovated while repair and replacement work is being carried out as part of the project.

The remainder of the fleet is more modern, consisting of Block 40, Block 50 and Block 50+ models.

According to Mevlütoğlu, the air force's F-16 inventory is qualitatively and quantitatively superior to its neighbors, for the time being.

“However, with regards to the latest trends in armament in the region, this superiority is at risk of being eliminated. Greece is acquiring modern Rafale fighter aircraft and upgrading their F-16 fighters to a more advanced level than Turkey’s,” he said.

Athens also wants to procure the F-35 fighter jet – the program from which the U.S. expelled Turkey, despite calls that the move had no legal basis.

Among others, Israel, a littoral country along the Eastern Mediterranean, is receiving deliveries of F-35s and is “using this jet in operations in the region.”

Israel also has a large fleet of F-16 and F-15 fighters “thanks to its special relations with the United States,” and “equips all the fighter aircraft with indigenous weapon and electronic warfare systems.”

Mevlütoğlu went on to say that, “Egypt, another important regional power, has been extravagantly investing in its air force with contracts for Su-35s and MiG-29Ms from Russia, Rafales from France; Negotiations for Typhoons from Italy are also reported.”

Reiterating that current regional developments would seem to undermine the air force, Mevlütoğlu said Turkey, however, has been spearheading the advancement of UAV technology and the local defense industry to meet newly occurring needs, both of which help Ankara to easily fill the gap.

Mevlütoğlu said that the Turkish Armed Forces (TSK) and its air force, in particular, has very extensive experience in conducting various types of operations, both national and multi-national, in large geographic areas and that “this experience manifests itself in the development of national systems and solutions.”

“This fact alone is Turkey’s main advantage,” he said.

Turkey, indeed, has gained remarkable experience in recent years while was fighting the PKK terrorist group within its borders, which Ankara is expanding through neighboring Iraq and Syria via cross-border counterterrorism operations.

Baykar and Turkish Aerospace Industries (TAI), among pioneering companies of the local defense industry, invested heavily in UAV technology – which the country was once unable to use against the terrorist organization due to restrictions and embargoes – that they now sell abroad.

They may not have dismantled tanks with small warheads, like a guided antitank missile, but they did render dozens of tanks irreparable.

Accordingly, demand from abroad is also growing as hide and seek games played between drones and armored military gear expands, paving the way for their export.

European countries – including Hungary, Albania, Belarus, the United Kingdom, Bulgaria and the Czech Republic – with whom Turkey shares good defense relations, are all said to be among potential customers of the UAVs.

The unmanned machines are currently in active use in Turkey, Qatar, Libya, Ukraine and Azerbaijan. President Recep Tayyip Erdoğan said in March that Saudi Arabia was also interested in buying drones.

Mevlütoğlu, drawing attention to such developments, said the drones, whether armed or not, can safely operate in regions where friendly air superiority is established – like when Turkish F-16s provided an air umbrella from the country’s own air space while its UAVs eliminated elements in Syria.

Suppression of Enemy Air Defense (SEAD) missions, conventionally conducted by fighter jets, were executed by Turkish Anka-S and TB2s. Their use was dubbed a good example of the complex and broader use of combat drones, which benefited from both the fighter jets and the EW elements that reportedly countered Russian systems.

Although the limited performance and situational awareness of drones make them vulnerable on the modern battlefield to air defense systems and fighter aircraft – especially those operated and commanded by well-trained personnel – Mevlütoğlu said that if UAVs are supported by advanced EW systems and are equipped with long-range missiles, “they might indeed pose a threat to combat aircraft as well.”

“This capability requires extensive development and testing work and is not an easy level to achieve,” he said. As such, Turkey has been working on improving its capabilities almost nonstop, testing new technology nearly every month.

The country has already tested new versions of the MAM-L smart micro munition (MAM) – a laser-guided system produced for armed drones, light attack aircraft and fighter aircraft by another Turkish defense industry company, Roketsan – and used against the Syrian regime. The MAM-L is the thermobaric variant while the MAM-C is the high explosive one. The biggest of the bunch, the MAM-T, is used long-range.

The Akıncı, a cutting-edge UCAV by the famed TB2’s developer, successfully passed a firing test using the latest versions of the MAM in April. It is expected that the drone will carry broader kinds of ammunition as well – including Roketsan’s Cirit laser-guided missiles and laser-guided long-range anti-tank missiles (L-UMTAS); Bozok WVRAAMs (within visual range air-to-air missiles), Bozdoğan and Gökdoğan BVRAAMs (beyond visual range air-to-air missiles), developed with resources from the Scientific and Technological Research Council of Turkey's (TÜBITAK) Defense Industries Research and Development Institute (SAGE); standoff missiles (SOM) and the Mark 80 series of low-drag general-purpose bombs (MK-81, MK-82, MK-83).

Apart from these combat drones, Mevlütoğlu also added that when the national combat aircraft (MMU) commissioned by the TAI, “Turkey can easily reestablish air superiority through indigenous capabilities and products.”

It is true that Turkish drones made a name for themselves, challenging common beliefs like the best tank hunter is again a tank.

They also created new questions about whether air-to-air combat will include unmanned crafts apart from conventional combat using fighter jets while it is also true that Turkey will go its own way, drawing its own concepts when it comes to the future of its air force.