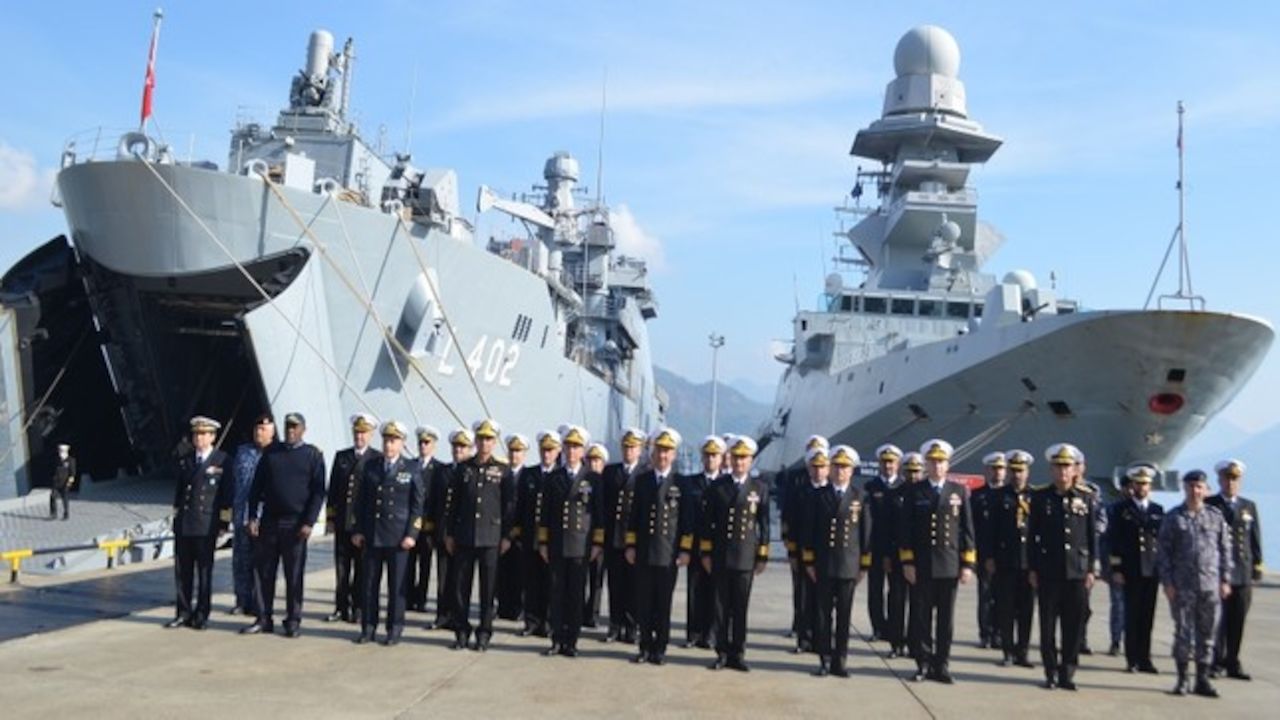 The Eastern Mediterranean 2021 drills hosted by Turkey and organized by the Turkish Naval Forces Command, started on Tuesday.

Lt. Col. Cüneyt Talayman told journalists that the drill will be carried out between No.1-12 in the Eastern Mediterranean to test humanitarian aid and natural disaster response methods, with the participation of a multinational, joint force and public and civil organizations, based on a generic scenario.

Some 35 vessels and 5,000 personnel from 10 countries are participating in the drill.

Talayman emphasized that within the scope of the exercise, it is aimed to observe the readiness of the Turkish Naval Task Force, which is planned to take on an important and respected task such as the Naval Component Command within the NATO Response Force (NRF) in 2023 and 2028.