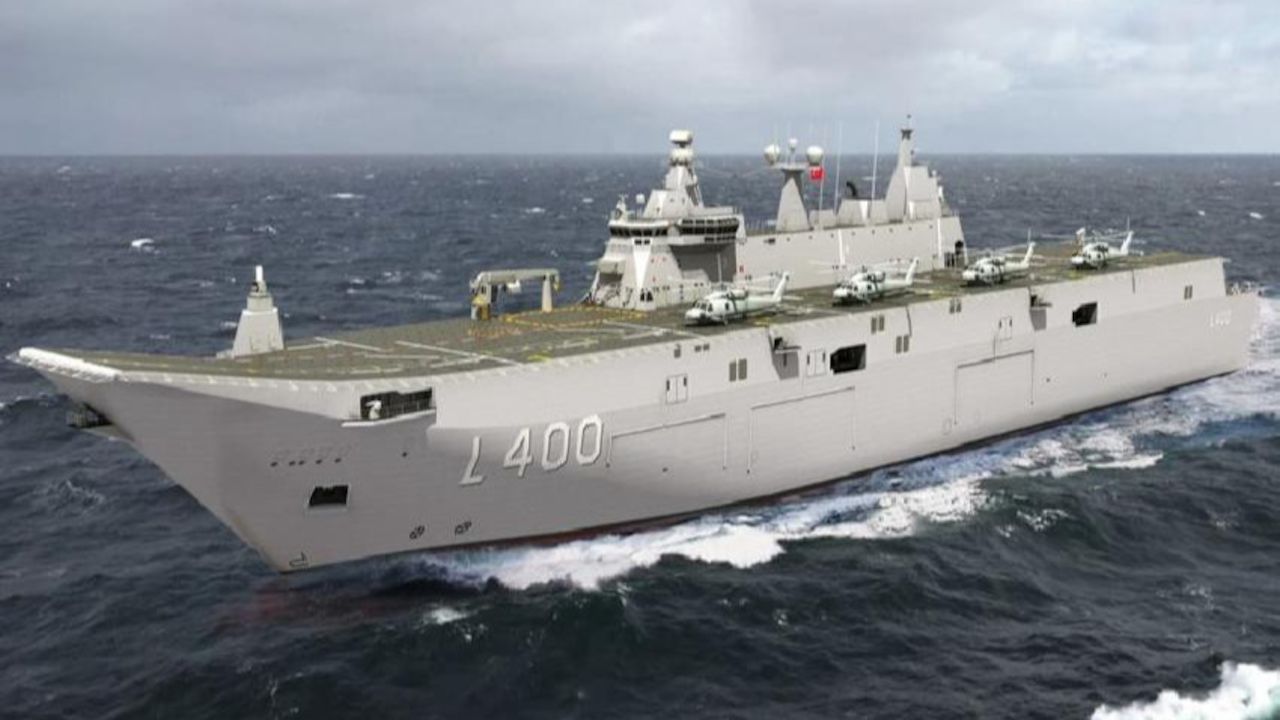 The Turkish government hopes to transform its landing helicopter dock Anadolu into a carrier ship for attack drones, and has already begun tests to see if the dock ship is strong enough for the mission.

When the United States removed Turkey from the F-35 Joint Strike Fighter project after it purchased the s S-400 air defense system from Russia, the Turkish Navy lost the capability to launch a fixed-wing aircraft from Anadolu.

“To give UAVs takeoff-and-landing] ability on aircraft carriers, their structure must be strong because they are subjected to very high G-shocks. We aim to develop a new unmanned combat aerial vehicle] UCAV that will successfully land and take off on LHD Anadolu in one year,” the CEO of drone-maker Baykar, Haluk Bayraktar, said during an recent interview.

Ismail Demir, the government’s president of defense industries, said companies have been working on the Baykar-made Bayraktar TB2 and other unmanned fixed-wing projects to turn Anadolu into a drone carrier.

With that setup, at least 10 armed drones could be simultaneously used in operations and integrated into a command-and-control center on the ship. After completing the project, between 30 and 50 folding-winged Bayraktar TB3 drones will be able to land and take off using the deck of Anadolu, he said.

Officials are reluctant to offer specifics about the projects, yet it’s widely expected that a new model of the Bayraktar TB3, derived from the combat-proven TB2, is under development. The new drone will be larger and feature a higher payload capacity.

The Turkish Navy fitted the Anadolu ship with a fully equipped flight deck (with a ski jump ramp in front), suitable for F-35B short-takeoff-and-vertical-landing aircraft. The ship’s deck was designed and built with these type of aircraft in mind; but it doesn’t have the structure, provision and equipment for the conventional landing of fixed-wing aircraft. Only VTOL and STOVL air assets can operate on Anadolu.

As a result, the Turkish military’s attack drones cannot land and take off from Anadolu, and that’s why officials want to make modifications. But doing so could cause a delay in the delivery of the ship.

A drone carrier would also be a new operational concept. Since the drones do not have air-to-air combat capability yet, their primary purpose seems to be intelligence, surveillance and reconnaissance as well as small-scale strike operations (such as engaging coastal targets and naval assets with low air-defense capabilities).

The drones could also be used as sonobuoy carrying platforms for anti-submarine warfare operations.