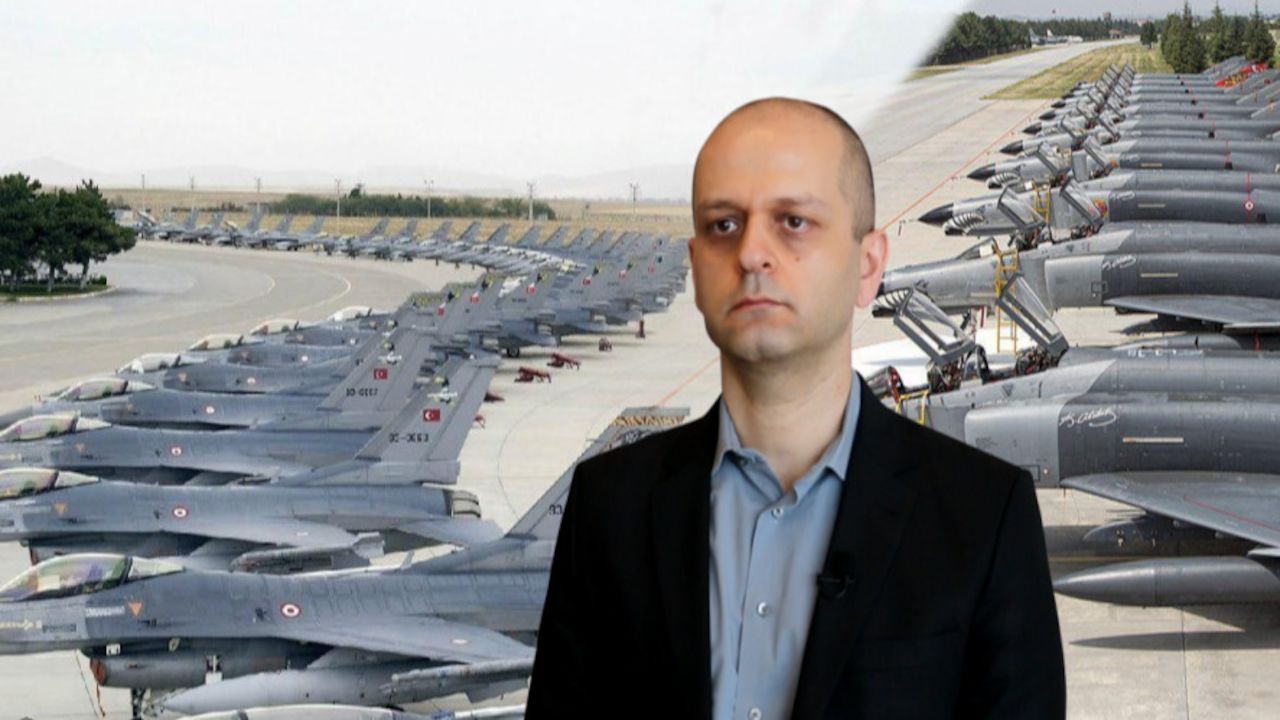 In an interview with Defensehere, Defense and aerospace technologies researcher, Arda Mevlütoğlu, talked about the current state of the Turkish Air Force.

Giving information about the latest aerospace projects of the Turkish defense industry, Mevlütoğlu said the following on the subject:

The combat aircraft fleet of Turkish Air Force consists of around 240 F-16 fighting falcon aircraft as well as between 30 and 40 F4 2020 terminator aircraft. Turkey took delivery of a total of 270 F-16s between 1987 and 2012. Turkish Air Dorce also took delivery of more than 200 F-4 phantoms from the United States between 1978 and early 1980s, 45 of these phantom aircrafts were upgraded by Israel Aerospace Industries and they received advanced avionics and weapon systems.

And Turkish Air force has been conducting… has been actively involved in combat operations in internal security operations, cross border operations and Eastern Mediterranean, so Turkish Air Force has accumulated huge experience in terms of using precision guided weapons and missile systems, and planning and conducing complicated attacks and operations.

To upgrade this combat capability well into 2030s and beyond, Turkey is also running a number of projects to modernize its air force, the most important of which is MMU (Milli Muharip Uçak), also known as TF-X or TF.

The prime contractor is Turkish Aerospace and the project aims to develop a fifth-generation combat aircraft involving… incorporating STAT characteristics, advanced sensor suit and sensor fusion capability, as well as carrying a wide spectrum of Air-to-Air and Air-to-Ground weapon systems.

MMU is currently in preliminary design phase and it is expected that it will enter service in early 2030s.

Turkey also is or was a partner of the F-35 project and due strange relationship between Turkey and United states, delivery of the F-35 aircraft to the Turkish Air Force were stopped and the fate of the project for Turkey is uncertain for the time being.

Nevertheless, Turkey also runs a number of unmanned system projects; Bayraktar TB2 and ANKA-S unmanned aircraft systems, have been heavily involved in operations throughout a wide geography around Turkey and they have proven more than successful in using advanced precision-guided weapons and also using advanced sensors.

Turkey is now developing two different types of strategic aircrafts… unmanned aircraft systems; one is Akıncı by Baykar Makina and the other one is Aksungur by TAI. These aircrafts will be able to carry wide range of sensors and also advanced precision guided weapon systems.

These different aircraft projects will operate in a geography in which airpower is rapidly evolving and increasing in terms of capabilities.

Turkey’s neighbors have been investing in increasing their airpower capabilities. To give few examples, Greece has recently signed an agreement with France to purchase raffle modern fighter jets and Greece also is upgrading its F-16 fleet; a total of 84 F-16 aircrafts are being updated by the United States, incorporating a number of advanced sensor systems.

Israel is a user of F-35 aircrafts, actively using it in operations in Syria and elsewhere. Also, has a large fleet of F-16 and F-15 aircrafts and also planning to induct more aircrafts of these types.

Russia is developing the Su-57 fifth-generation combat aircraft and will probably start… receiving these aircrafts late this year or earlier next year. And also, is using large fleet of Su-30 and Su-35 aircrafts and Russia recently delivered 4 Su-30 aircrafts to Armenia, which plans to get more of these aircrafts.

Iran as we know from open sources is in talks with China to receive some advanced aircrafts after the international arms embargo ends.

And also, we see that other smaller even smaller countries in the region are investing in their aircraft fleets.

So, Turkish Air Force will meet significant challenge in its region and plans to counter these challenges with a combination of advanced technology platforms and systems.