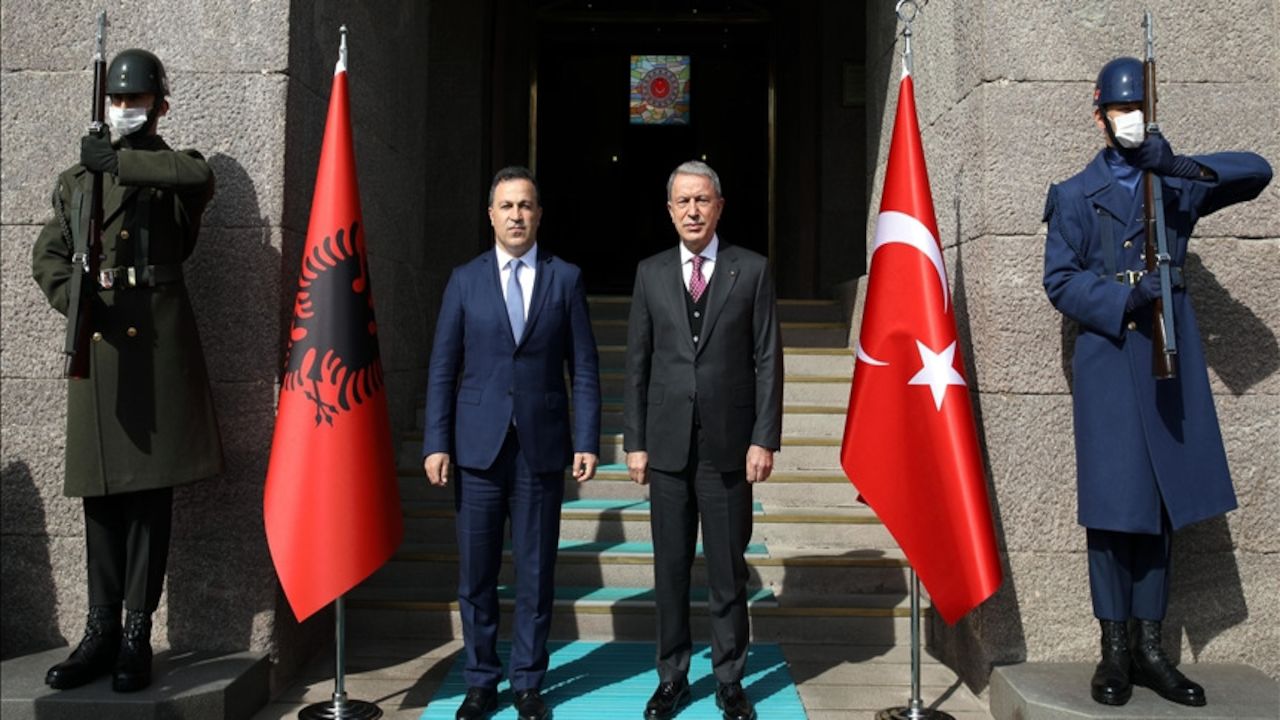 Turkey’s defense chief welcomed his Albanian counterpart with a military ceremony in the capital Ankara on Wednesday, according to the National Defense Ministry.

Hulusi Akar and Albania’s Niko Peleshi held a one-on-one meeting before inter-delegation talks, the ministry said in a statement.

Bilateral and regional security, as well as cooperation opportunities in the defense industry, were among the topics of discussion.

The Turkish defense minister stressed the importance of close cooperation between the two countries and noted the opportunities to enhance bilateral military training and cooperation.

Akar emphasized the need to protect peace and stability in the Balkans, while also asserting the significance of Turkey’s fight against the Fetullah Terrorist Organization (FETO), the ministry added.

FETO and its US-based leader Fetullah Gulen orchestrated the defeated July 2016 coup in Turkey, in which 251 people were martyred and 2,734 injured.

FETO has a considerable presence outside Turkey, including private schools that serve as a revenue stream for the terrorist group.

Ankara accuses FETO of being behind a long-running campaign to overthrow the state through the infiltration of Turkish institutions, particularly the military, police, and judiciary.