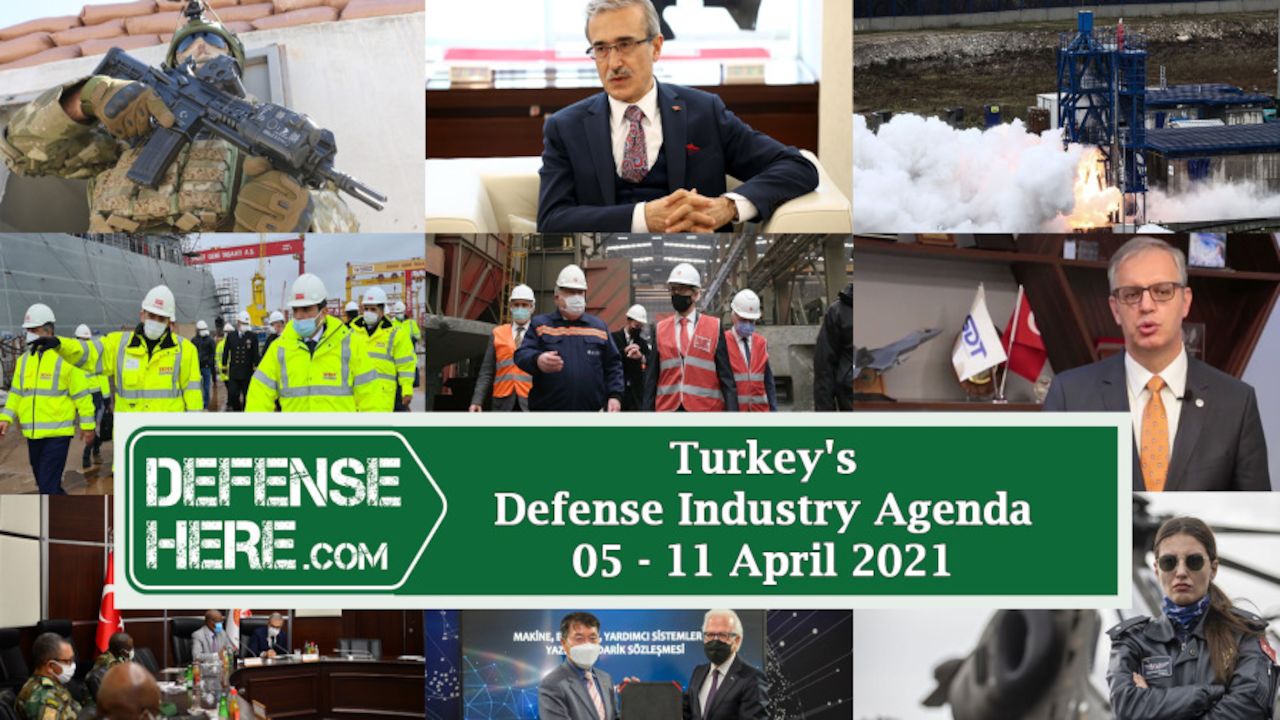 The Turkish Ministry of National Defence displayed locally developed weapons, equipment and life support systems used by the Turkish Armed Forces to journalists as part of an event organized by the Turkish Army Aviation Command. The ministry also displayed modular military bases and demonstrated the living conditions inside them.

The Chairman of the Presidency of Turkish Defence Industries, Ismail Demir, visited a number of companies operating in the field of defense industries located in the first organized industrial zone located in the Sincan district of Ankara, where he inspected the companies and received information about their latest projects.

Turkish Aerospace signed a cooperation agreement with the German company FIT AG, one of the leading companies in the field of additive manufacturing.

A delegation made up of executives from international defense industry firms, based in Indonesia, visited SAHA Istanbul.

The introductory meeting of Global Telekom ve Entegre Teknolojiler S.A., was held with the attendance of the 10 founding companies which are members of the Communication Technologies Cluster.

The Presidency of Turkish Defence Industries (SSB) Ismail Demir announced that SSB will provide 150 million in support to defense industry companies in 2021.

Turkey succeeded in testing the ignition of a domestic hybrid rocket engine, which is expected to be used in sending an unmanned spacecraft by 2023, and the Turkish Minister of Industry and Technology Mustafa Warank inspected the rocket engine ignition facility belonging to "Delta V" company.

The Executive Secretary of G5 Sahel, Maman Sambo Sidikou, and his accompanying delegation visited the Presidency of Turkish Defence Industries.