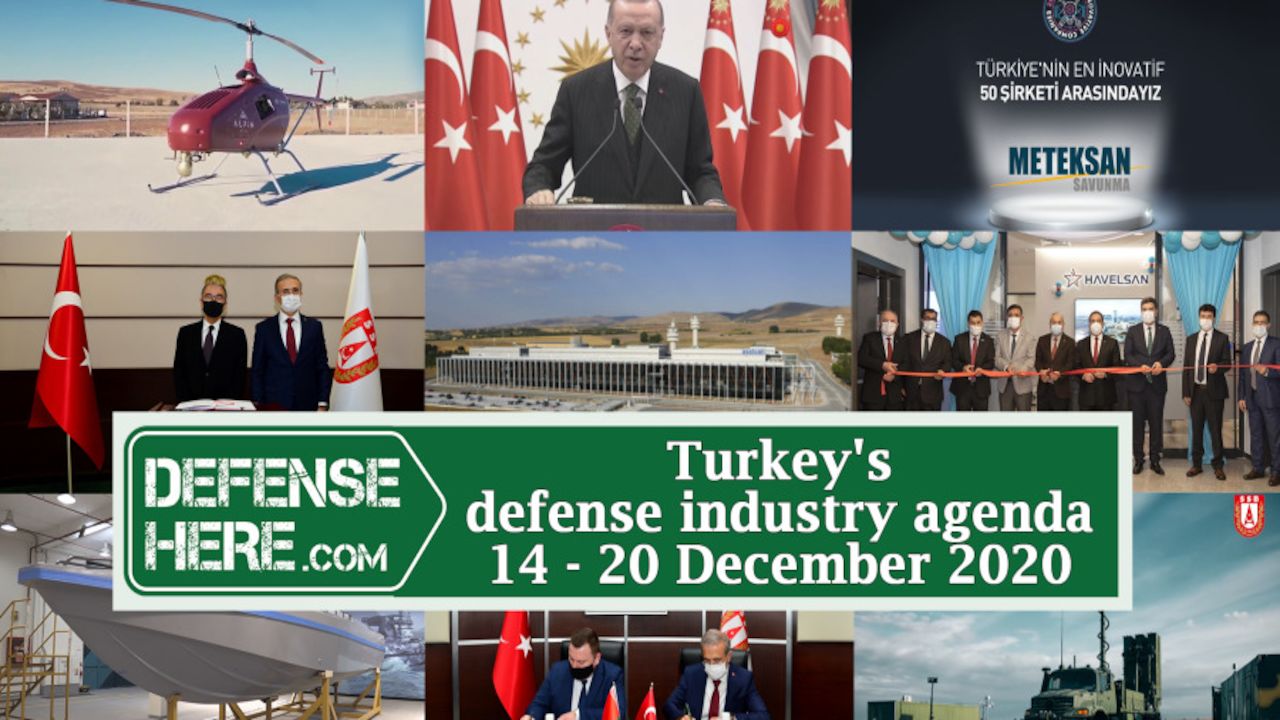 Meteksan Defense placed 15th in the "Turkey's 50 Most Innovative Companies" 2020 survey, as the only company which developed a Drone Detection Radar.

A contract amendment was signed between ASELSAN and the Presidency of Turkish Defence Industries for an Electronic Warfare System Project, amounting at TL 315 million.

At the meeting held with the participation of the President of the Turkish Defence Industries İsmail Demir and Belarus Defense Industry Minister Dmitry Pantus, cooperation agreements were signed between the two countries in various fields.

TAI announced that it will be building three new test facilities including; an EM / EMC Tests Facility, an Aircraft Lightning Strike Testing and a Near Field Radar Cross-Section Measurement Facility, in Turkey.

The first prototype of ULAQ, Turkey’s first Unmanned surface vehicle developed in Cooperation between Ares shipyard and Meteksan Defense, has been revealed.

In regard to US sanction on Turkey, President Recep Tayyip Erdoğan commented the following:

"We will work twice as hard to make the Turkish defense industry completely independent in every way.

We will speed up the projects of the Presidency of Turkish Defence Industries (SSB) and we will further support our defense industry companies."