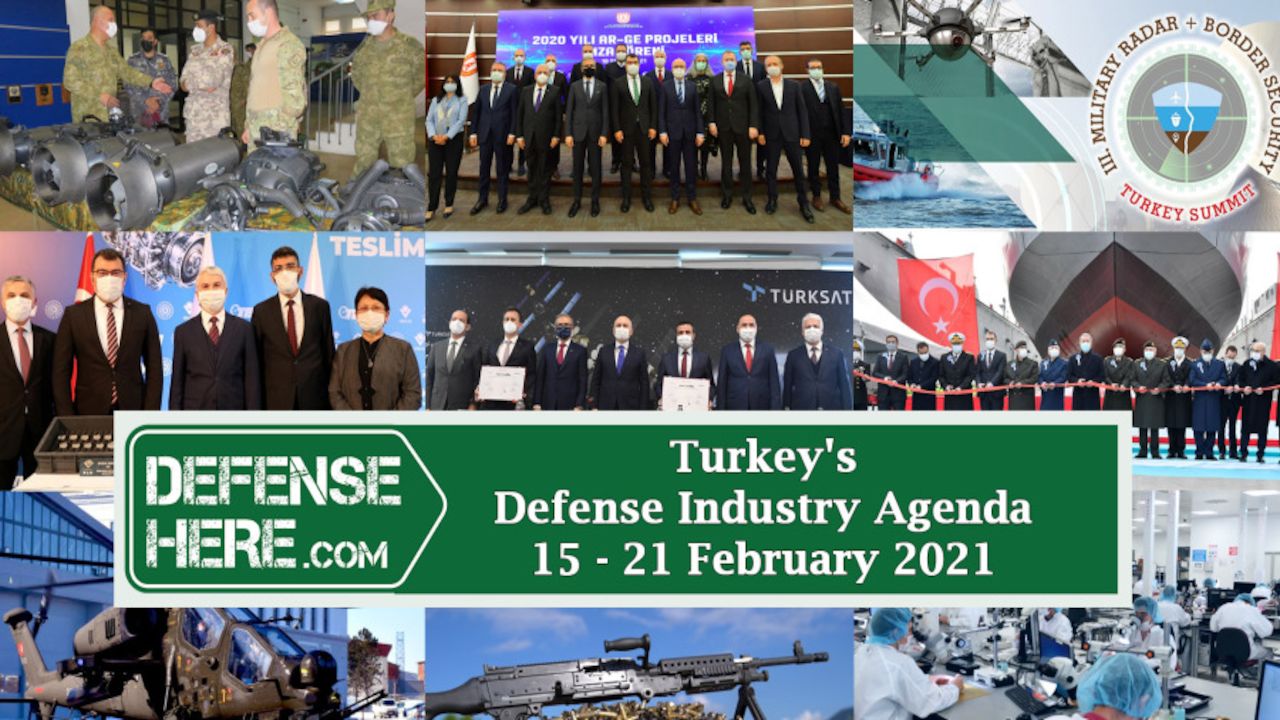 A signing ceremony was held for the R&D Projects initiated by the Presidency of Turkish Defence Industries in 2020.

The 3rd Military Radar and Border Security Summit, of which Defensehere is the official media partner, will be held at Hacettepe Beytepe Congress Center in Ankara on October 5-6, 2021.

The Chairman of the Board of Directors, President & CEO Haluk Görgün announced that ASELSAN hired 1479 people in 2020.

Turkish Aerospace announced that it has successfully achieved production and qualification of satellite structures with 3D printers based on Additive Manufacturing Technologies.

The Presidency of Turkish Defence Industries (SSB) announced that the development works of the PMT 7.62 machines guns produced by Sarsılmaz for various platforms, are ongoing.

The Floating Dock "Dock-14" with a lifting capacity of 10.000 tons, built under the main contractorship of ASFAT enter the service of the Turkish Naval Forces.

ASELSAN announced that it has produced 100 thousand units of the ATOM 35mm Air Burst Ammunition, so far.

The turbine blades produced by TÜBİTAK MAM for the TS1400 engine were delivered to TEI in a ceremony.

The first deliveries of T-129 ATAK Phase-2 helicopters developed by Turkish Aerospace were made to the Land Forces Command and the General Directorate of Security.

Koç Information Technologies and Defense announced that in 2020, they signed a contract for the use of an underwater phone on a ship of a Foreign Naval Forces.

43 Turkish students studying nuclear engineering in Russia graduated. The number of Turkish engineers who completed the training in Russia to work at the Akkuyu Nuclear Power Plant reached 186.