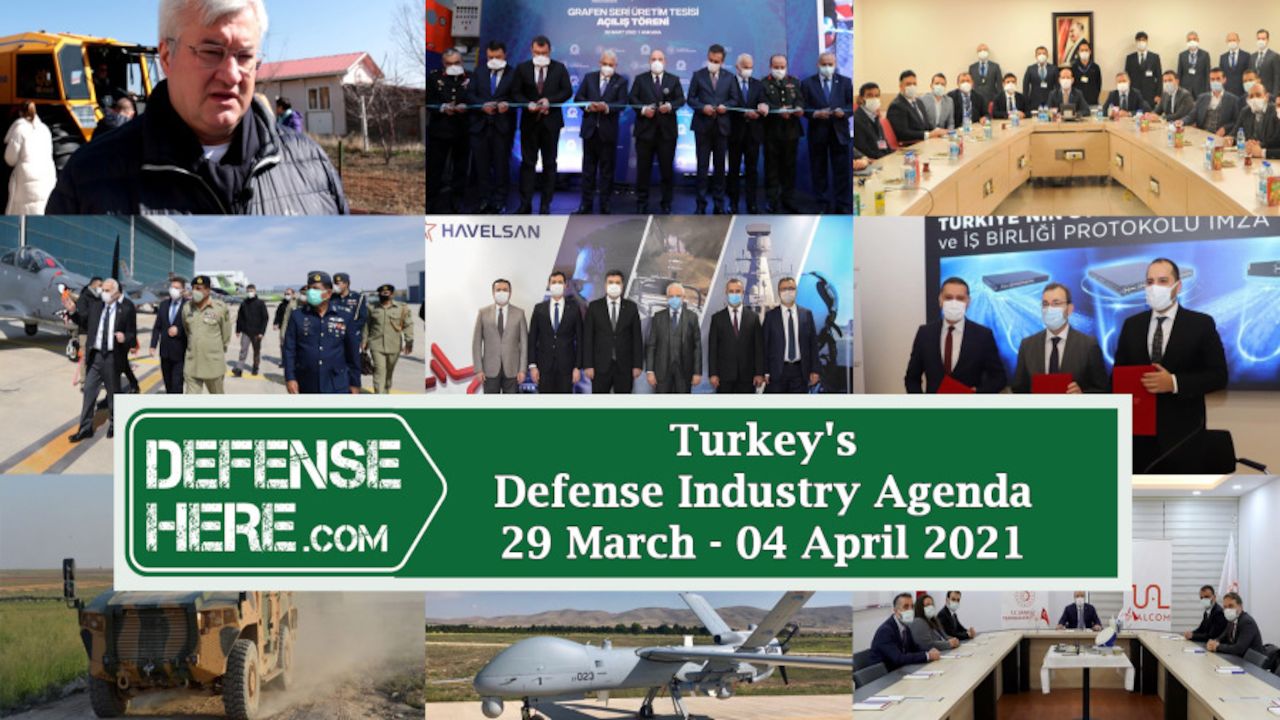 TEKNOFEST 2021 rocket competition broke the record once more with 544 applications.

HAVELSAN and Necmettin Erbakan University signed a cooperation protocol regarding undergraduate and graduate studies as well as R&D works.

7 suspects who introduced themselves as bureaucrats and who engaged in a fraudulent company with the appearance of a defense industry company, were detained in Ankara in an operation against a criminal organization.

Within the scope of the F-16 Structural Improvement Project, the fifth F-16 Block-30 aircraft, which its structural improvement works were completed by Turkish Aerospace, was delivered to the Turkish Air Force.

A cooperation protocol was signed between Pnetworks company, Technopark Istanbul and Pendik Municipality in support of Turkey’s "switch" program.

The Chairman of the Board of Directors of Konya Chamber of Commerce Selçuk Öztürk said that Konya's defense and aviation exports increased by 445 percent in the first three months of 2021.

Turkish Minister of Industry and Technology and the Institute Manager of TÜBİTAK SAGE Gürcan Okumuş paid a visit to TUALCOM.

In an exclusive interview with Defensehere.com, Ukraine's Ambassador to Turkey, Andrii Sybih, said that he wanted to see co-production activities between Ukraine in Turkey.

The first 3 months of 2021 witnessed an increasement by 34 percent in Turkey's defense and aerospace industry exports.

Mechanical and Chemical Industry Corporation (MKEK) stated that the expression "57A" in the name of its indigenous machine gun PMT-76/57A, which recently completed qualification tests, is dedicated to the heroes of the 57th Infantry Regiment of the Ottoman army, who died fighting against the allies in the Gallipoli Campaign

The Presidency of Turkish Defence Industries announced that new deliveries of Vuran 4x4 Multi-Purpose Armored Vehicles, developed within the scope of the Tactical Wheeled Armored Vehicles Project, have been made to the Turkish Armed Forces.

The Ka-Band National Satellite Communication HUB System and Modem Development Project Kick-Off Meeting was held with the participation of the Turkish Ministry of Transport and Infrastructure, TÜRKSAT and ASELSAN officials.

Turkey's first graphene mass production facility was inaugurated in Ankara. Turkey has become one of only 10 countries which can mass produce graphene.