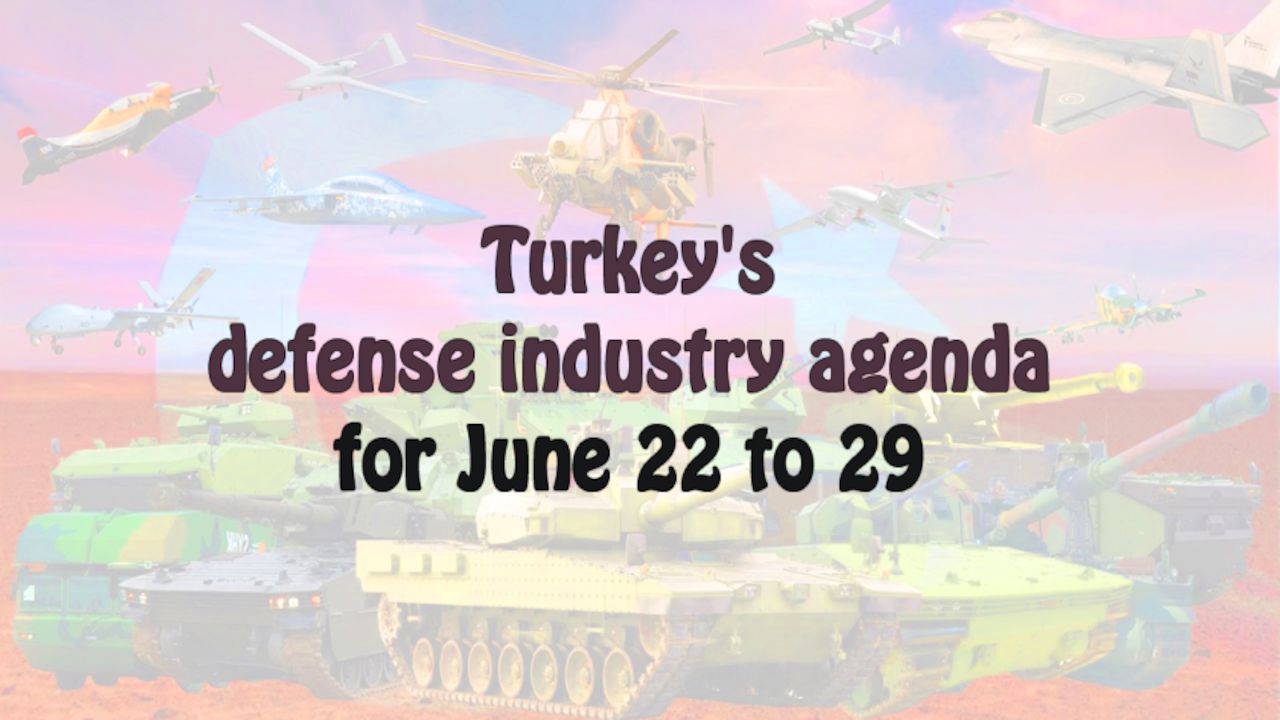 An agreement was signed between STM and ASFAT on engineering solutions for the supply and integration of the main propulsion system, which is the most important producer of ships' platform systems.

Defense Industry President İsmail Demir announced that ASELPOD targeting system, which has become an exportable system to the world and replaced the systems previously supplied from abroad, continues to deliver to the Turkish Armed Forces (TAF).

A contract was signed between TEI and TEKFEN Engineering Inc. for the test infrastructures to be established within the scope of Turboshaft Engine Development Project.

Designed as a concrete piercing ammunition by TÜBİTAK SAGE and with warhead technology, SARB-83 was tested.

ASELSAN has completed the delivery of the dragon eye, an Electro-Optical Sensor System which was produced for the Land Forces Command.

To reduce Turkey's dependence on foreign countries in the defense industry, 47 years ago, TAI was founded on June 28, 1973.

STM, the producer of the "kamikaze drone" announced that it will increase the product range of the striking unmanned aerial vehicles which called Kargu, will be accompanied by Alpagu type in a short time.