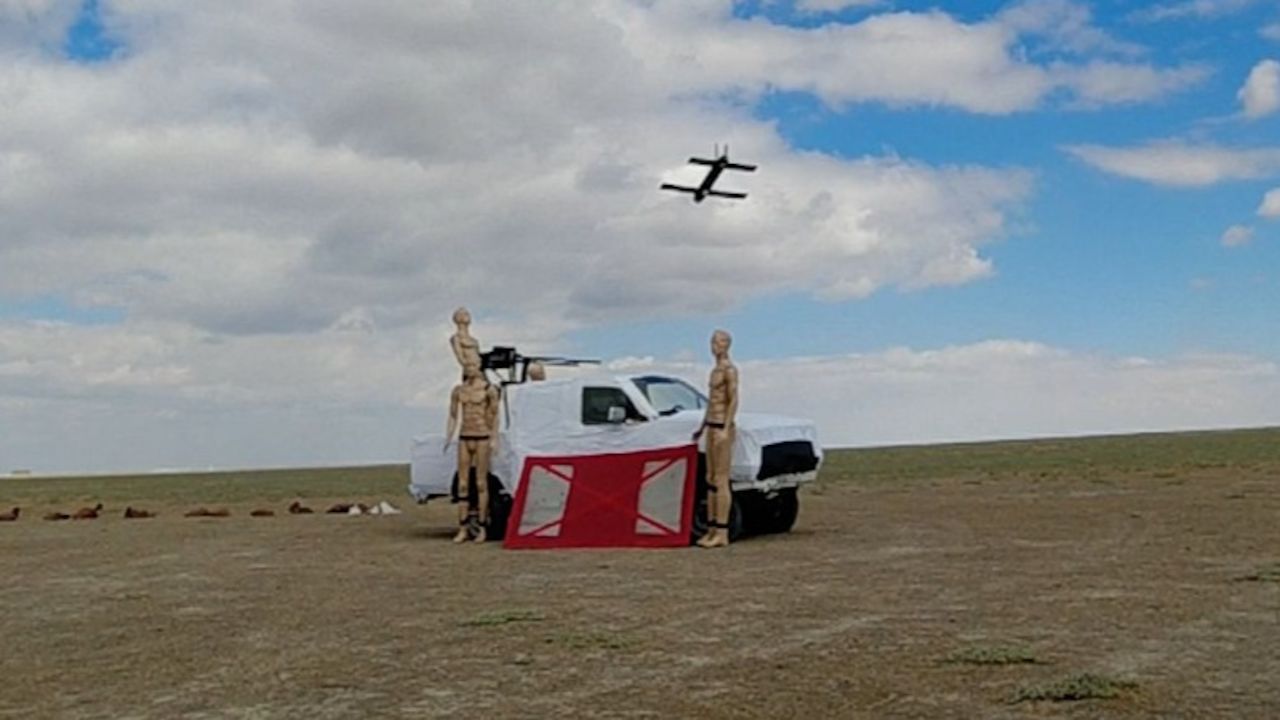 ALPAGU which can be effectively operated day and night by a single soldier hit targets with full accuracy during the test firing carried out at the Aksaray Shooting Range.

ALPAGU Fixed-Wing Autonomous Tactical Attack UAV is designed for both reconnaissance and surveillance and for striking targets outside the line of sight with high accuracy, can be carried by a single soldier, and can operate autonomously or with remote control.

ALPAGU can be effectively used day and night against fixed or moving targets with the help of embedded and real-time image processing and deep learning algorithms that we have developed with national facilities.