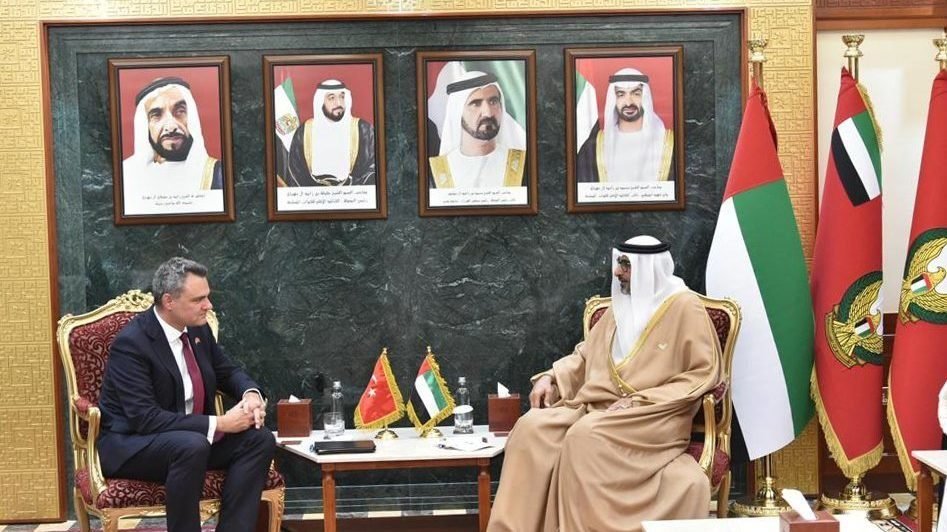 Turkey and the United Arab Emirates (UAE) on Monday discussed the prospects of developing their bilateral defense and military cooperation.

Al-Bowardi stressed on "the profound ties between the two friendly countries in all areas most notably in defense."

They "discussed ways of strengthening their defense and military cooperation to serve the interest of both countries."

The Turkish ambassador expressed Turkey's "keenness to boost bilateral ties with the UAE and to open new prospects of joint cooperation."

In a tweet, the UAE's Defense Ministry said Al-Bowardi "stressed the depth of friendship between the UAE and Turkey in various fields, especially in the defense and military field," and the importance of improving existing ties "to achieve development and prosperity for the two countries."

Turkey and the UAE also signed several agreements on energy, environment, finance, and trade during the visit.

Officials have said that Turkey is strengthening relations with all Gulf countries, and is open to dialogue to clear any misunderstanding.