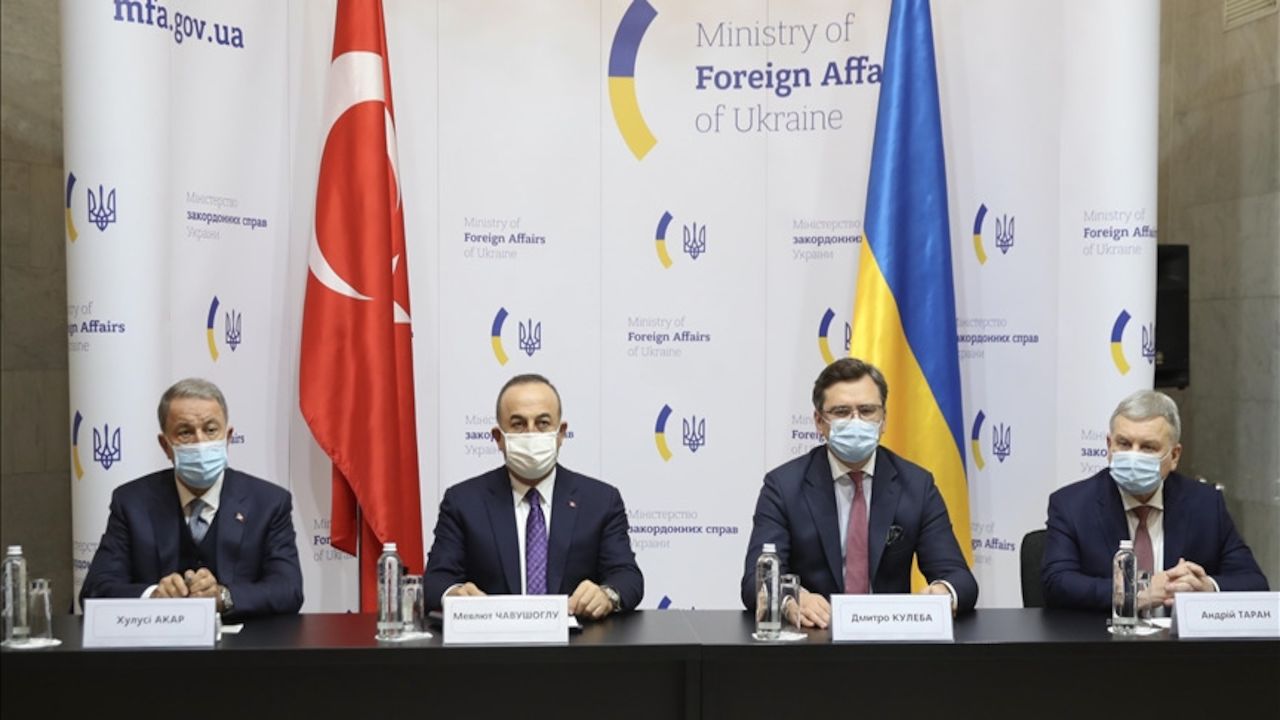 Turkey and Ukraine on Friday issued a joint declaration expressing common intention to continue to develop and strengthen strategic partnership.

The declaration issued in Ukraine’s capital Kyiv following the 2+2 meeting in the quadriga format between foreign and defense ministers of Ukraine and Turkey called for exploring new avenues of cooperation between the two naval forces.

"During the meeting, the parties confirmed their common intention to continue to develop and strengthen the relations of strategic partnership by implementing previously reached agreements and expanding the areas of cooperation, including political, cultural, economic and defense fields," according to Turkey's Foreign Ministry.

The parties noted the existence of threats and their implications for the stability and security of the "broader" Black Sea region. They expressed the need to strengthen partnership based on international law and respect for the territorial integrity of states and their sovereignty within internationally recognized borders, the declaration said.

Also, the parties “decided to explore new avenues for cooperation between the naval forces in education, training and conducting multinational exercises and activities in support of the safety of navigation in the Black Sea."

"They agreed to continue their consultations bilaterally and with other interested countries in the region," the declaration added.

Turkey also reiterated its support for Ukraine in its reform process and integration with European and Transatlantic structures, including the EU and NATO.

Meanwhile, the declaration also underscored, "Turkey’s support for Ukraine’s sovereignty and territorial integrity within internationally recognized borders including the Autonomous Republic of Crimea and the city of Sevastopol”.

Both sides "positively" stressed the development of cooperation between Ukraine and Turkey in the defense industry.

The ministers also confirmed their intention to hold the next meeting of the Quadriga in Turkey in 2021.