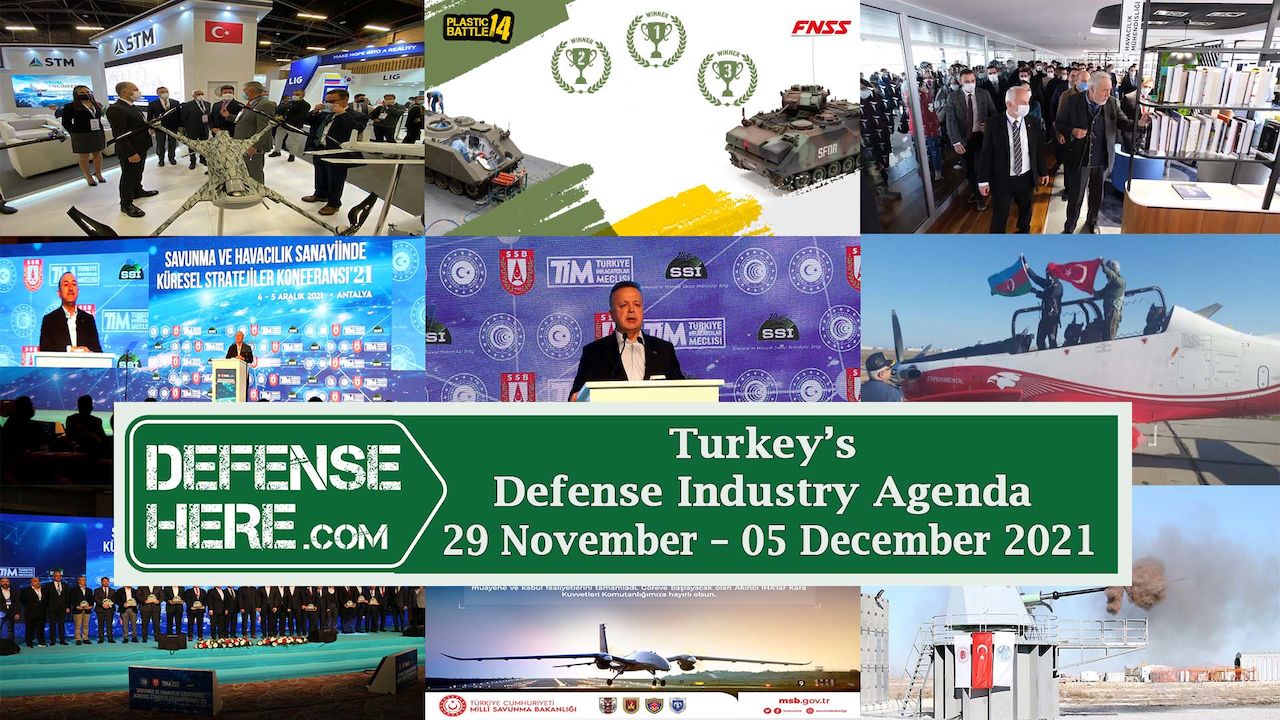 The Turkish Ministry of Defence announced that three Akıncı UAVs have been delivered to the Turkish Land Forces.

200 contestants from 14 countries participated in the Plastic Battle Armor Modeling Show, organized for the 14th time by FNSS, in 7 different categories with 325 models.

The land fire test of the National Sea Cannon, developed by the Mechanical and Chemical Industry Corporation, was successfully carried out.

İsmail Gülle, the Chairman of the Turkish Exporters Assembly, said that the exports of the Turkish defense and aerospace industry will exceed 3 billion dollars for the first time in its history.

On the Turkish Defence and Aerospace Industry Exporters' 10th establishment anniversary the companies that achieved the most exports were awarded.

HÜRKUŞ, a military trainer aircraft produced by Turkish Aerospace, flew in Azerbaijan for testing and demonstration.