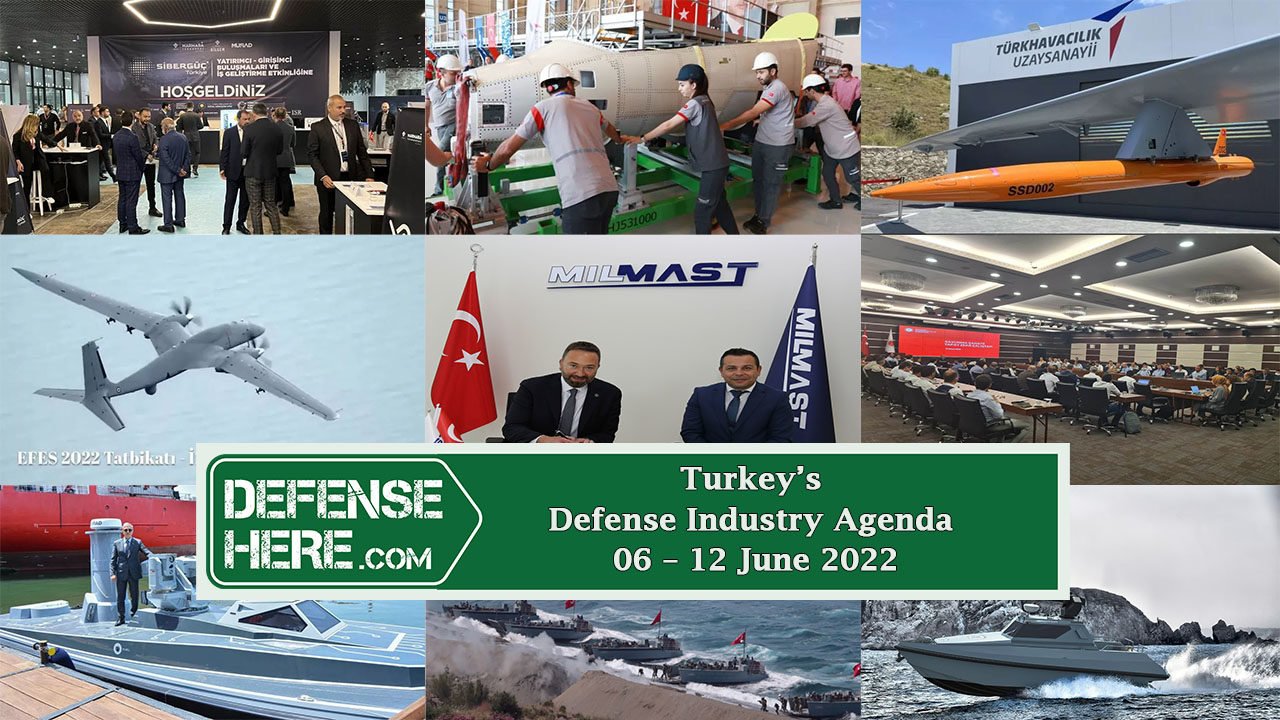 EFES-2022, one of the largest planned exercises of the Turkish Armed Forces, has come to an end.

Kalekalıp announced that it will introduce 8 new weapons in the next 2 years.

Akıncı took off from its base of operations in southeast Turkey and flew 1200 km to successfully hit its target in the EFES-2022 Exercise.

Developed by Yonca-Onuk Shipyard and Havelsan, SANCAR armed unmanned surface vessel was launched with a ceremony.

The Minister of Defense of Kyrgyzstan and the accompanying delegation visited Ostim Defense and Aviation Cluster (OSSA) members.

HAVELSAN technologies were presented at Undersea Defense Technology event held in the Netherlands.

A strategic cooperation agreement was signed between Gürbağ Defense and MILMAST.

The first airframe of Hürjet was transported to the assembly line.

The Mechanical and Chemical Industry Corporation reportedly is in the early stages of signing contracts with 3 countries for Turkey’s National Sea Cannon.