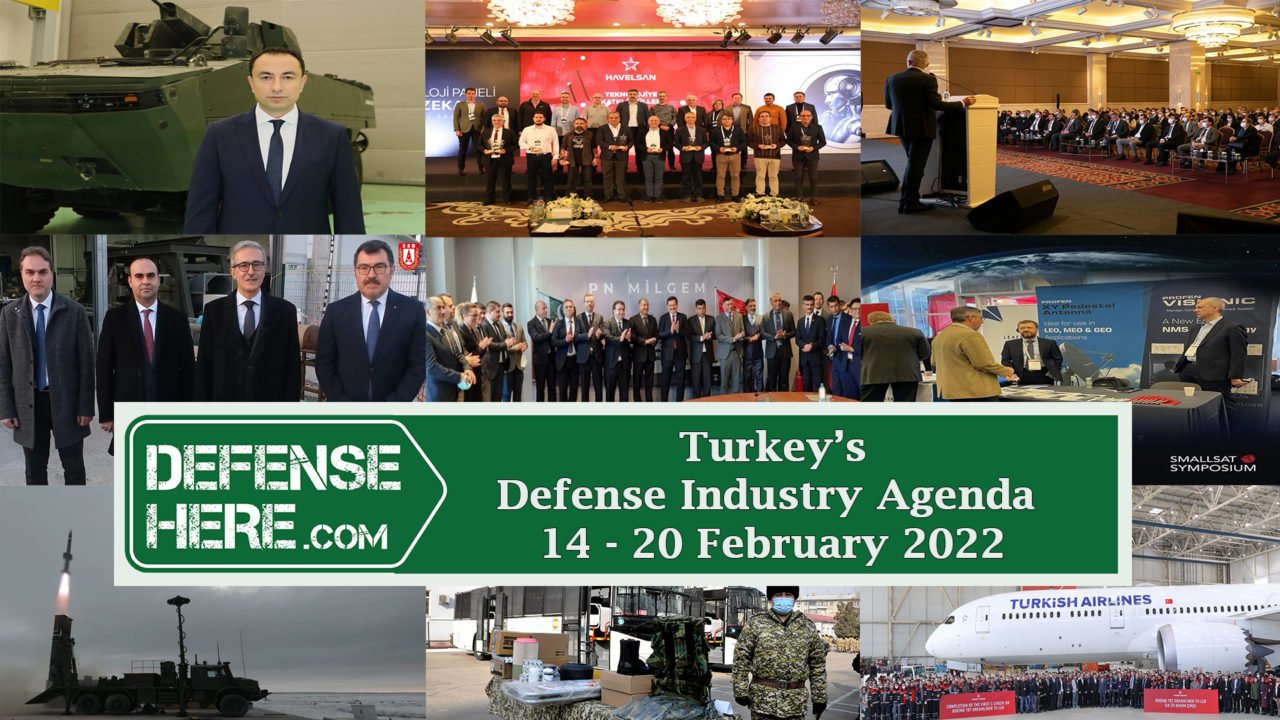 Turkish Teknic announced that the base maintenance of its first Boeing 787 has been completed.

The Turkish Mechanical and Chemical Industry company MKE instituted new regulations for the rights of its employees.

Profen company attended the SmallSat symposium held in Silicon Valley in the USA.

The defense company Coşkunöz Holding increased its revenue by 30% in 2021 and reached 330 million Euros.

Teknokent Defense Industry Cluster members held their first meeting with the participation of the new chairman of the cluster, Bilal Aktaş.

Turkish Teknic developed a drone to detect damage in aircraft as a result of lightning strikes.

HAVELSAN's future vision and goals in the field of artificial intelligence were discussed at the 6th technology panel organized by HAVELSAN.

Turkish Aerospace exhibited a mockup of its 5th generation fighter for the first time in the Asian market at the Singapore Airshow.

The Turkish Armed Forces and the Ministry of Interior of the Republic of Turkey provided military and technical equipment assistance to the Kyrgyz Armed Forces.