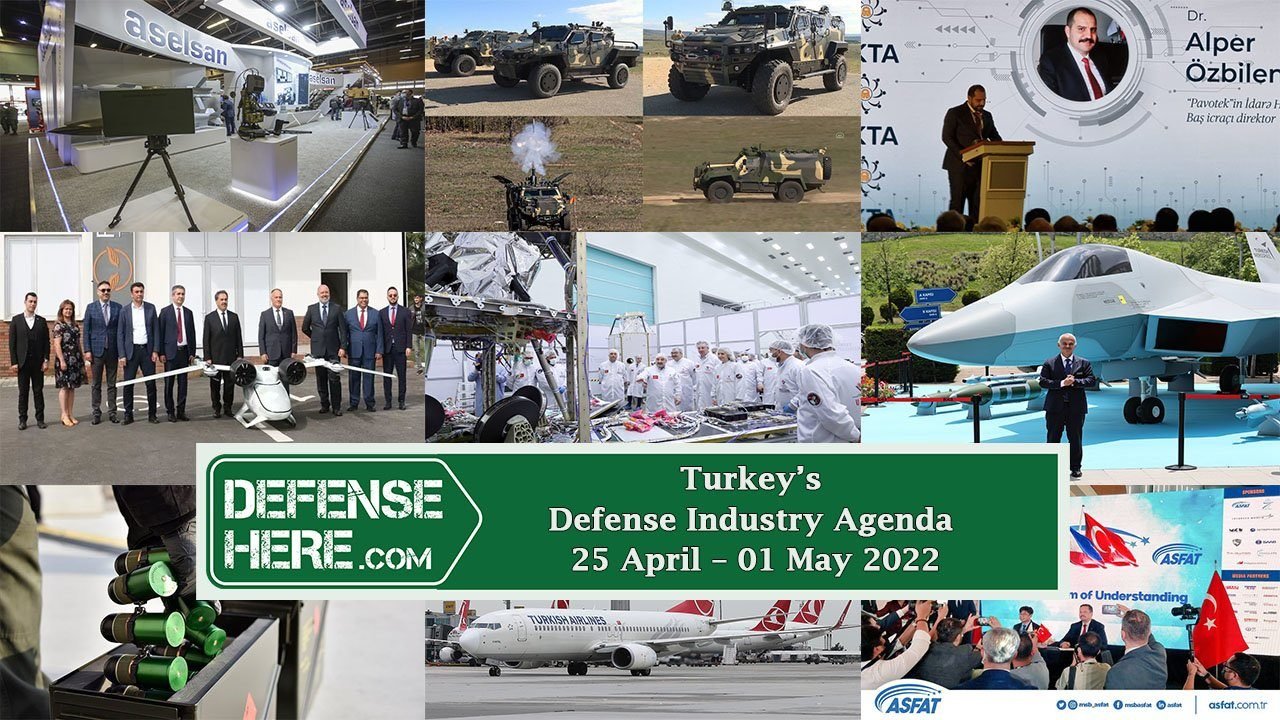 It was announced that IMECE, Turkey's first domestic high-resolution earth observation satellite, will be launched on January 15, 2023.

Temel Kotil became the new chairman of the board of the Defence and Aerospace Industry Exporters' Association.

ASFAT General Manager Esad Akgün and the accompanying ASFAT delegation met with the Department of National Defense officials in the Philippines.

45 countries announced that they will participate in the homeland and border security fair SEDEC 2022, which will take place in Ankara between 28-30 June.

Alper Özbilen, Chairman of the Board of Pavo Group, was elected to the board of directors for the Association of Cybersecurity Organizations of Azerbaijan.

5 people who defrauded a Ukrainian official who was going to buy defense industry products in Ankara were detained.

ASELSAN's 3-month revenue in 2022 increased by 38% compared to the same period of the previous year and reached 4.4 billion TL.

Nurol Makina, which increased its activities in Hungary, introduced the mortar versions of the Ejder Yalçın and 4x4 Yörük vehicles.

Turkish Airlines made a net profit of 161 million dollars in the first quarter of the year thanks to a strong recovery in demand.