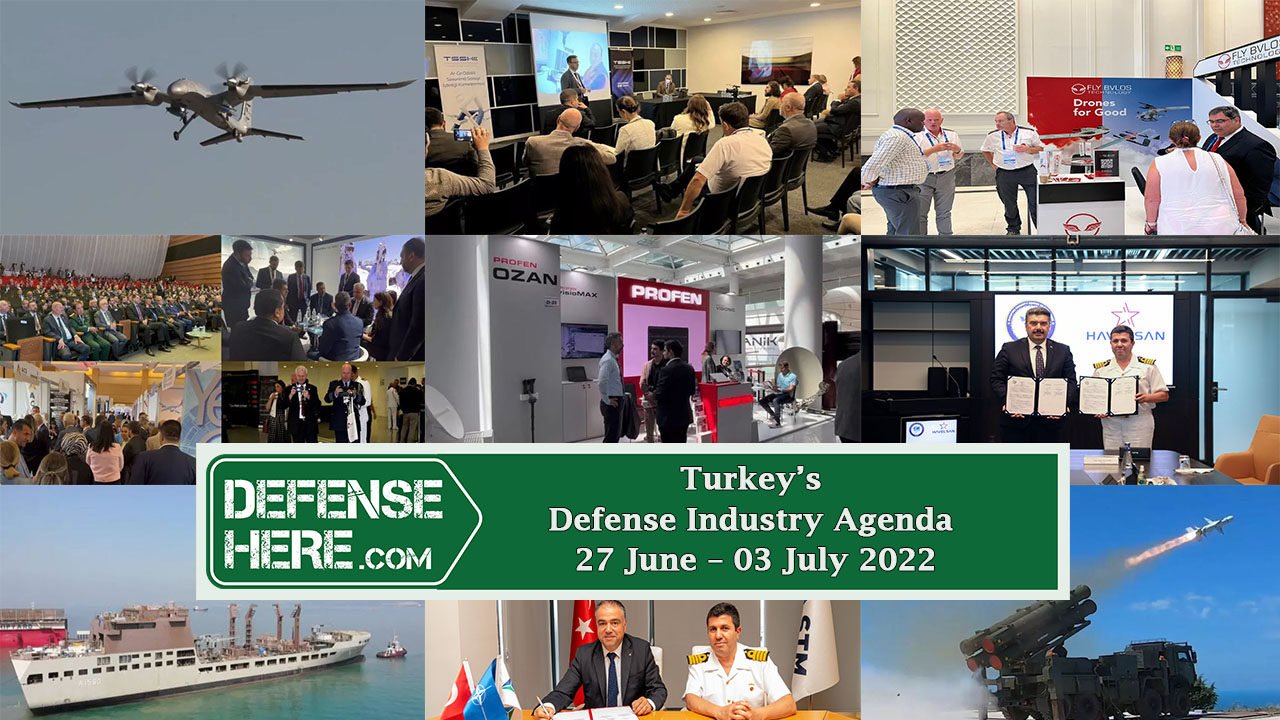 SEDEC 2022 homeland and border security fair held in Ankara between 28-30 June brought together defense industry companies and delegations from Turkey and abroad.

HAVELSAN’s software will be used in NATO's Multinational Maritime Security Exercise according to a protocol signed between HAVELSAN and NATO.

PROFEN exhibited its Foldable Metal Mine Detector PROFEN OZAN for the first time at its stand at SEDEC 2022.

Turkish Ministry of National Defense announced that the surface-to-surface national guided projectile ATMACA was tested against a sea target from land for the first time with the mobile guided missile system.

AKINCI UCAV hit a target with full accuracy in the test carried out with the domestically developed LGK-82 smart munition.

Companies open to cooperation with potential investors came together in the "Investor Days" event organized by Teknokent Defense Industry Cluster at SEDEC 2022 fair.

CANiK received an award for the 4th time at ICA 2022, one of the most important awards in the US arms industry.

At ASELSAN Board of Directors meeting the names appointed to the company's 5 deputy general manager seats have been announced.

STM signed a goodwill protocol in the field of maritime security with the NATO Maritime Security Center of Excellence in Ankara.
Baykar Technologies announced that it donated 3 Bayraktar TB2 UCAVs to Ukraine.

The Secretariat of the Organization of Turkish States and the members of the NSC of the relevant countries visited Turkish Aerospace in Ankara.