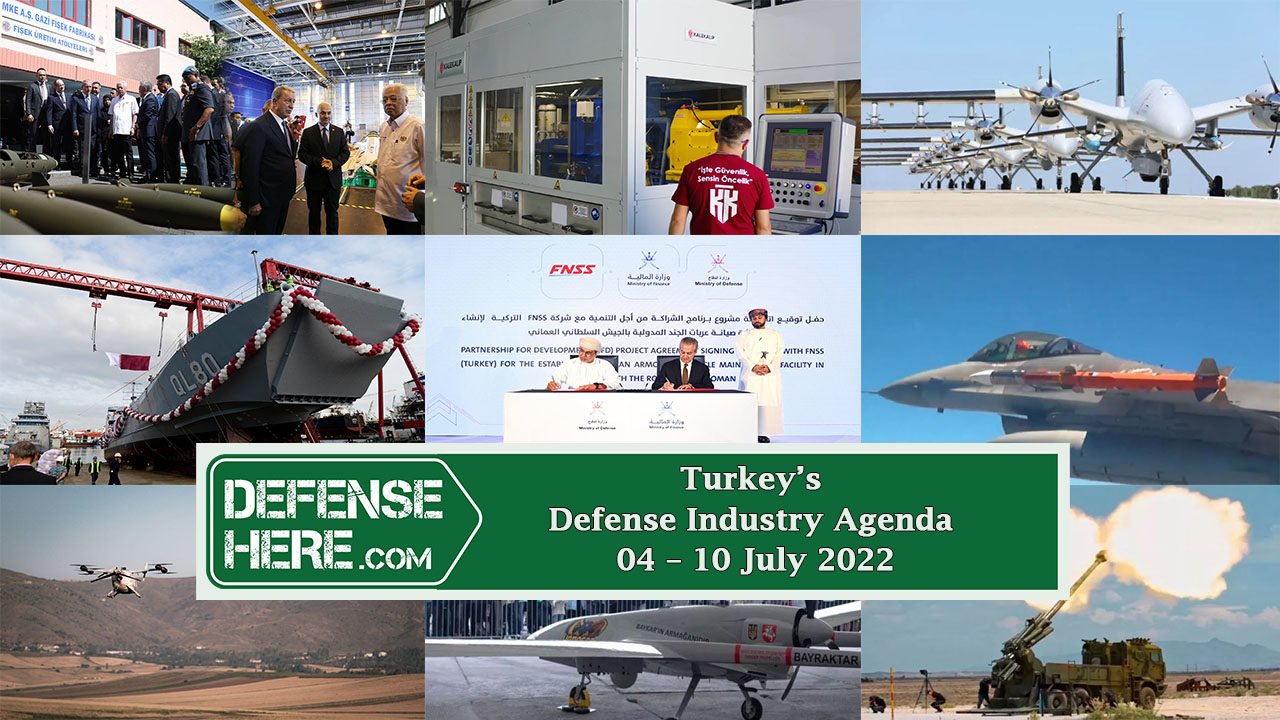 7 Bayraktar AKINCI UCAVs in AKINCI Flight Training and Test Center were brought together as a fleet for a collective video shoot.

CTech Business Development Director Bülent Karaaslan said that MobIoT, the extension of Modeo Live, has been integrated into drones and test flights have started.

REPKON developed a production line consisting of approximately 50 machines to produce the MK-82 general purpose bomb and has succeeded in exporting this production line as well.

A delivery ceremony was held for the Bayraktar TB2 UAVs given to Lithuania free of charge by Baykar Technologies to be donated to Ukraine.

Mechanical and Chemical Industry Corporation announced that it will export the Yavuz howitzer to Malaysia for the first time.

Fly Bvlos Technology has announced that it continues to work on improving the flight and transport capabilities of the Jackal UAV.

The Chief of the General Staff of the United Arab Emirates visited Turkish Aerospace.

At the Acoustic Focus Technology Network Closing Meeting held under the leadership of Turkish Defence Industry Agency, 80 technology topics were determined in the field of acoustics.