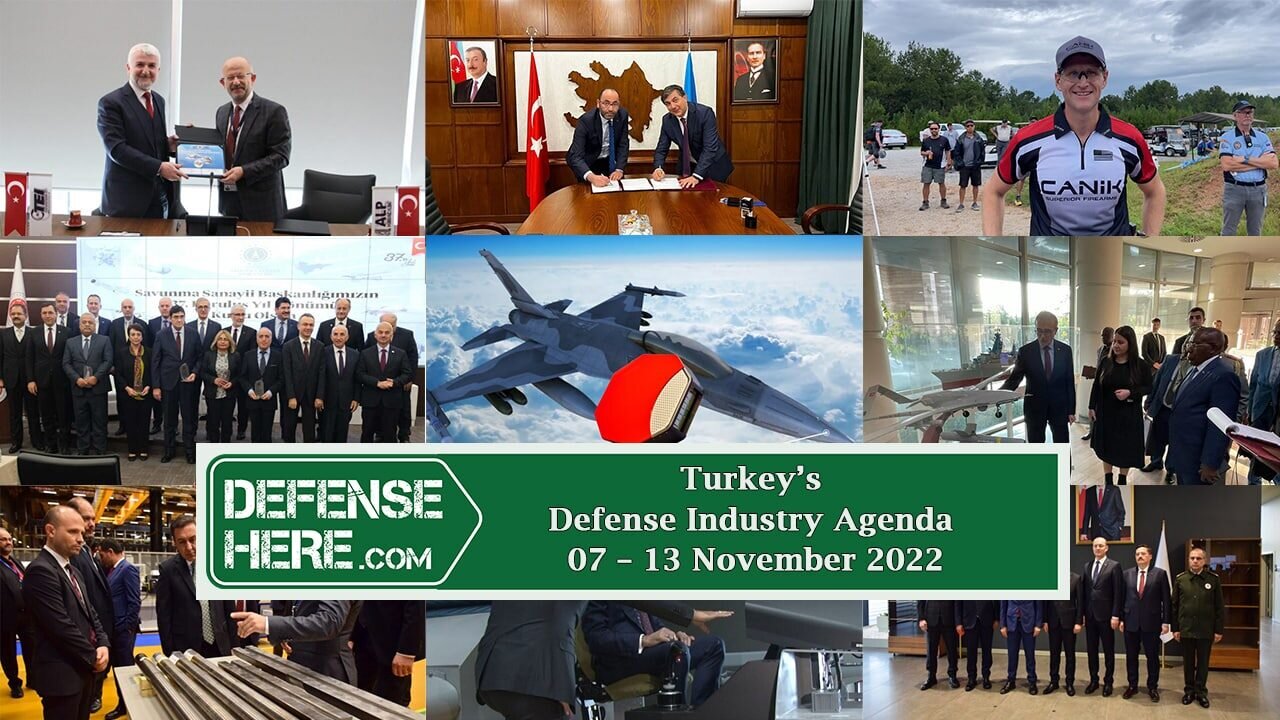 TÜBİTAK SAGE’s Air-to-Air Missile Bozdoğan had a new launch test within the scope of the Göktuğ Project.

Designed and manufactured by Alp Aviation to be used in the Gökbey Helicopter, the second prototype of the TS1400 Turboshaft Engine Accessory Gear Box was delivered to TEI.

Asisguard and Azerbaijan GTS signed a strategic cooperation agreement in the field of defense industry.

The Minister of Defense of the Democratic Republic of Congo and the accompanying delegation visited the Turkish Defense Industry Agency in Ankara.

AESA radar developed for various aerial platforms by ASELSAN was introduced at a ceremony.

A cooperation protocol was signed between ASELSAN Konya and Mechanical and Chemical Industry Corporation.

The Chief of Staff of the South Korean Land Forces and the accompanying delegation visited Baykar Technologies.

The 37th anniversary of the Presidency of Defense Industries was celebrated at an event with the participation of its employees and stakeholders.

Organized by Turkish Aerospace for university engineering students, the 2022-2023 period of the SKY Experience Trainee Engineer Program has started

The best 600 shooters from all over the world competed for 4 days at the International Defensive Pistol Association’s European Championship in Italy, sponsored by Canik.

The Nigerian police began active-duty use of the SONGAR UAV developed by ASISGUARD.