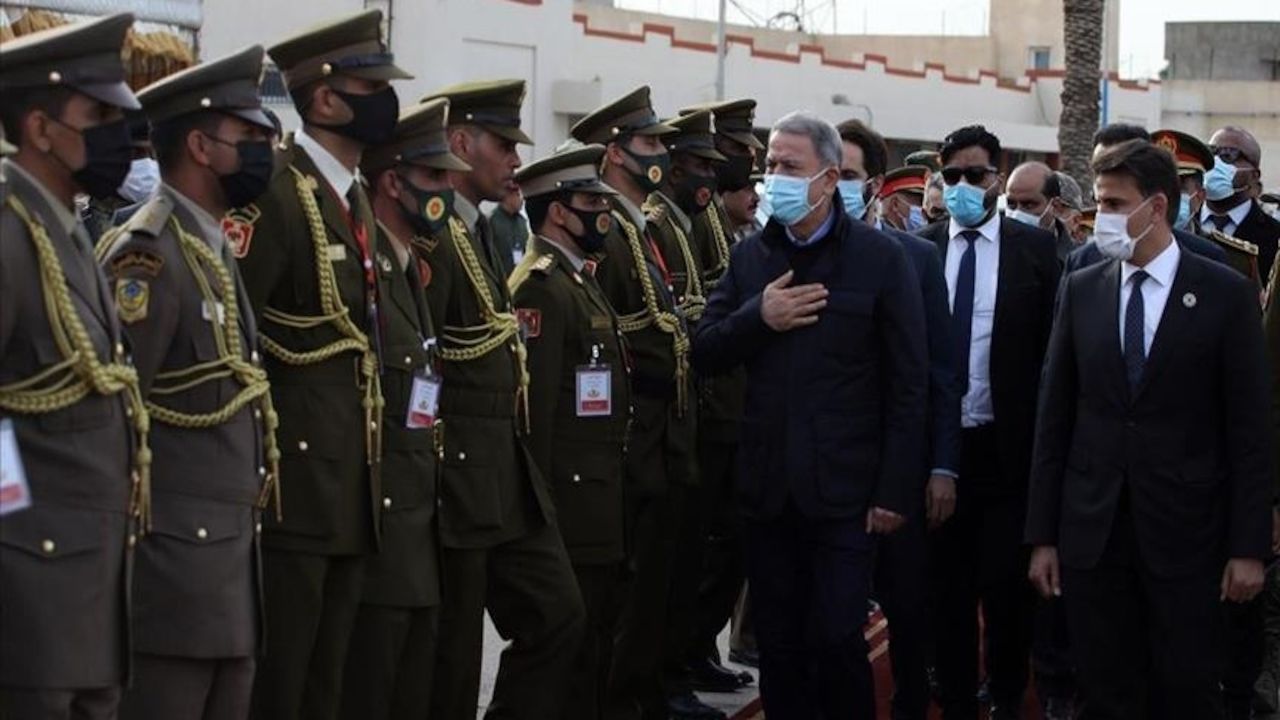 Turkey top defense official on Saturday met with the Chairman of Libya's High Council of State in a visit to Libya.

Guler and the rest of the military delegation also attended the meeting with al-Mishri.

Akar and al-Namroush also met head-to-head in a separate meeting and later chaired another meeting between delegations.

In his meeting with al-Namrous, Akar marked Libya's Independence Day.

Meanwhile, "You have accomplished great things, I hope you bring all of these to fruition and our Libyan brothers continue to live in peace, and security," Akar said during his meeting with Bashagha.

For his part, Bashagha said he was pleased to host Akar and the Turkish military commanders, adding: "You are our brothers."

Yasar Guler and the other military commanders were present at this meeting as well.

In November 2019, Turkey and Libya signed pacts on security cooperation and maritime boundaries. Turkey has aided Libya's UN-recognized government against the attacks of warlord Khalifa Haftar.