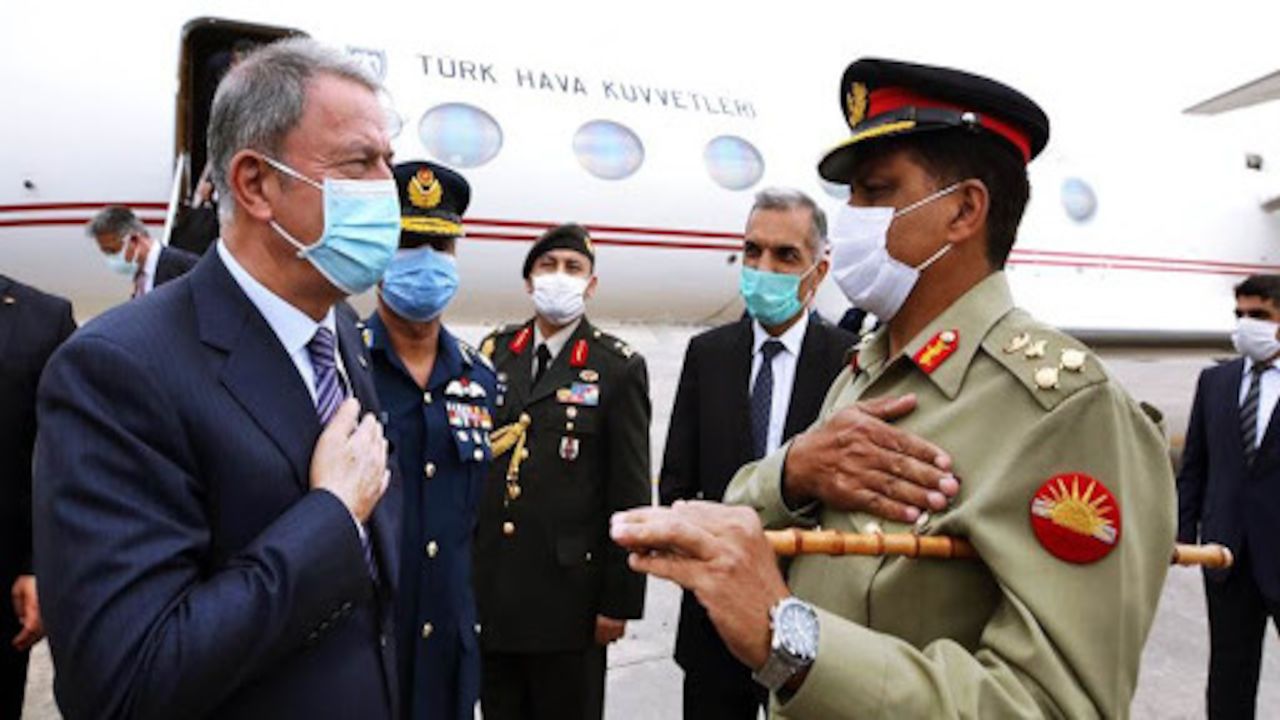 During the meeting held at the army headquarters in the city of Rawalpindi, he exchanged views on "issues of mutual interest including regional stability as well as defense and security cooperation" with Gen. Qamar Javed Bajwa, said a statement from the Pakistan Army.

Bajwa noted the two countries share a history of brotherly relations, which is being transformed into an enduring partnership.

Akar praised the role of Pakistan in maintaining regional peace and stability.

He also met with Chairman Joint Chiefs of Staff Committee Gen. Nadeem Raza and discussed matters of mutual interest and bilateral cooperation, including measures to enhance the level and scope of military engagements, according to the statement.

"Both sides reaffirmed their commitment to further strengthen the deep rooted cultural and brotherly relationship between the two countries," it added. ​

Akar was the chief guest at the keel-laying ceremony on Sunday of the third MILGEM-class corvette that Turkey sold to Pakistan.

The Pakistan Navy signed a contract with ASFAT in July 2018 to acquire four MILGEM-class ships.

In October 2019, Turkey's President Recep Tayyip Erdogan, along with Pakistan Navy chief Adm. Zafar Mahmood Abbasi, cut the first metal plate of the first corvette during a ceremony in Istanbul.

Turkey is one of the 10 countries that can build, design and maintain warships.