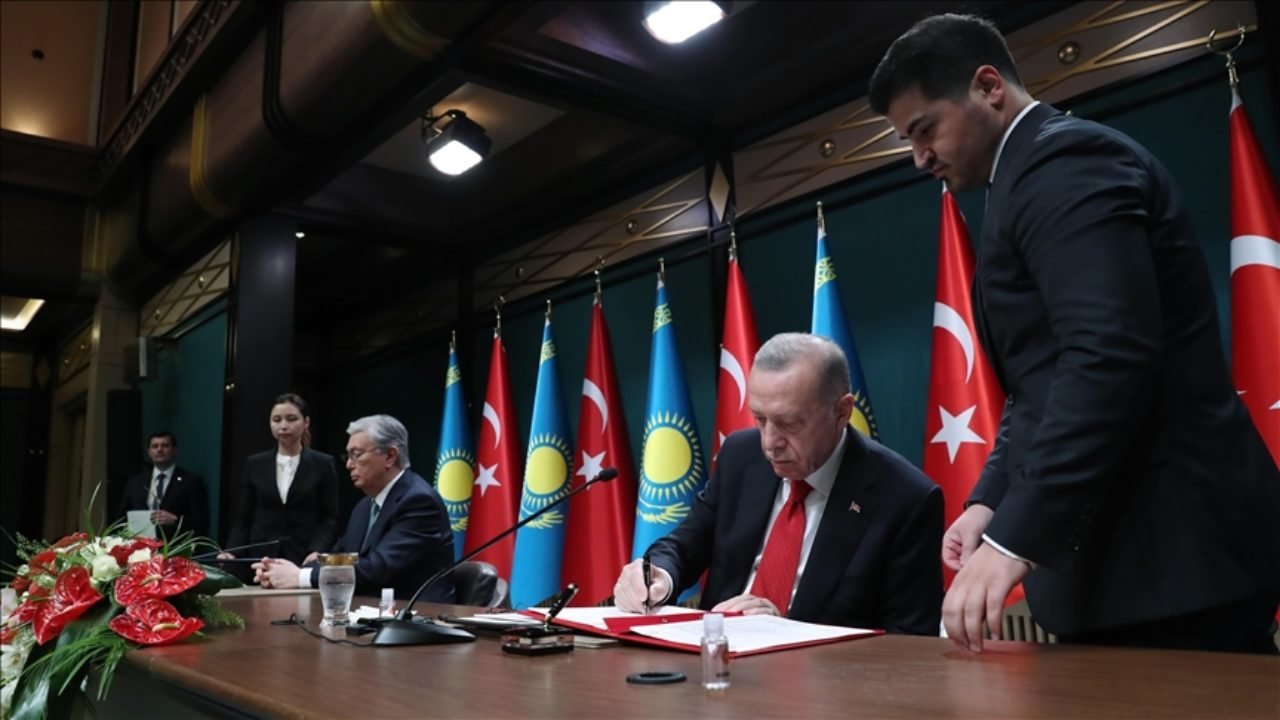 Relations between Turkey and Kazakhstan will be raised to the level of an "enhanced strategic partnership," according to a joint declaration signed Tuesday in the capital Ankara by Turkish President Recep Tayyip Erdogan and his Kazakh counterpart Kassym-Jomart Tokayev.

Tokayev's visit to Turkey contributed significantly to further strengthening the strategic partnership between the two countries, the declaration said.

The joint declaration noted that the meeting between the two leaders was an important input in strengthening ties in the areas of politics, the military, defense, security, economy, trade, investment, industry, mining and tourism.

It also contributed to the further development of relations in the fields of energy, the environment, transportation and transit transportation, aviation, family and social services, working life and employment, as well as agriculture and forestry.

The joint declaration constitutes an important step in strengthening cooperation based on common interests in the fields of disaster management and emergencies, culture, education, science and technology, innovation, press and communication, health, youth, sports and archives.

The parties stressed the importance of the top-level intergovernmental meetings and noted with satisfaction the mechanisms that constitute a useful basis for the development of new areas of cooperation and projects for boosting relations between the two countries both at the regional and international level.

During the meetings held in the atmosphere of mutual friendship and understanding, the current situation of Turkey-Kazakhstan relations and the possibilities of further development and deepening of relations in all fields were evaluated in detail, and ideas were exchanged on current regional and international issues.

Turkey's strong support and solidarity for Kazakhstan's independence, sovereignty, territorial integrity, political stability and prosperity was once again underlined in the declaration.

Turkey reiterated its strong support for the comprehensive reforms carried out in the Central Asian country under the leadership of Tokayev.

Both leaders expressed their satisfaction with the existing ties of friendship and brotherhood based on common historical roots, language and culture, as well as close political dialogue and multidimensional cooperation.

While it was decided to explore cooperation opportunities, including private sector activities in Turkey , Kazakhstan and in third countries, as well as to improve regional energy security, the declaration also touched on the intention to conduct joint work and consultations, especially in the field of alternative energy sources, hybrid technologies and energy storage.

By pointing out the importance of the construction sector and contracting services in the further development of economic and commercial relations, it was decided to take the necessary steps to develop cooperation in this field.

Emphasizing the importance of increasing the number of flights by diversifying the flight destinations in both countries, the decision to hold negotiations between civil aviation institutions was also welcomed by the two leaders.