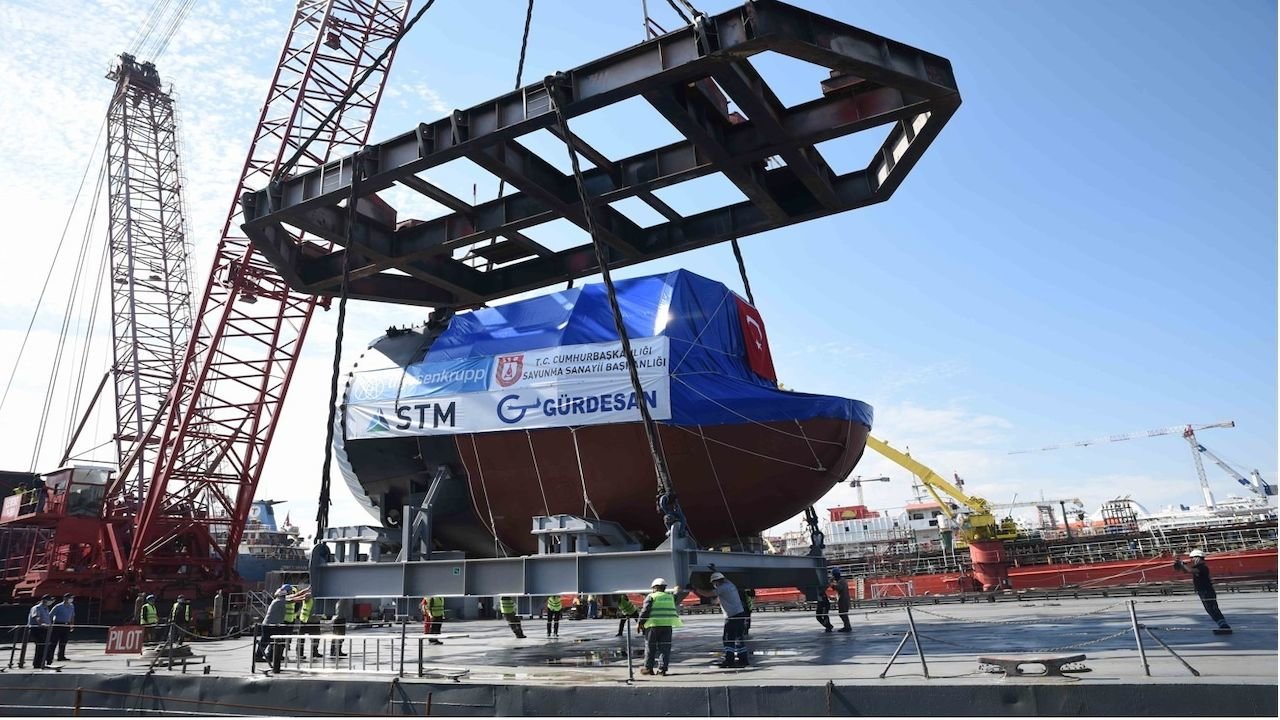 Marking a turning point in the country’s New Type Submarine (NTS) Project, Section 50 was developed in cooperation with a local shipbuilder, Gurdesan Shipyard.

Few countries have the advanced technology to develop this part of the submarine. The locally manufactured torpedo room will be gradually replacing those supplied from abroad.

The project was initially kicked off by the Presidency of Turkish Defence Industries.

The first "Section 50" tailored for the Reis class (214 class) submarines with air-independent propulsion system was delivered to the Golcuk Naval Shipyard on Sept. 13 and is set to be integrated into the TCG Muratreis, the third submarine manufactured under the NTS project.

STM General Manager Ozgur Guleryuz said in a statement that STM has managed to surpass its target in the rate of domestically produced parts in the submarine project.

Guleryuz noted that the company manufactured some 33 systems with national means as part of the project.

He also informed that STM worked together with a total of 19 local firms, thus assisting the local contractors to expand the production capacity.

The production of the recently delivered Section 50 was started in 2018. Under the coordination of STM, the acceptance tests were completed in a short time with zero deficiency.

Including the main weaponry of the submarine and systems that allow the firing of guided missiles, Section 50 parts for the remaining Reis class submarines are scheduled to be delivered by March 2022.

The delivery of torpedo rooms for six Reis class submarines, the most modern submarine platform of the Turkish Naval Forces, is set to begin as of 2022. It is expected that each year one submarine will be delivered.