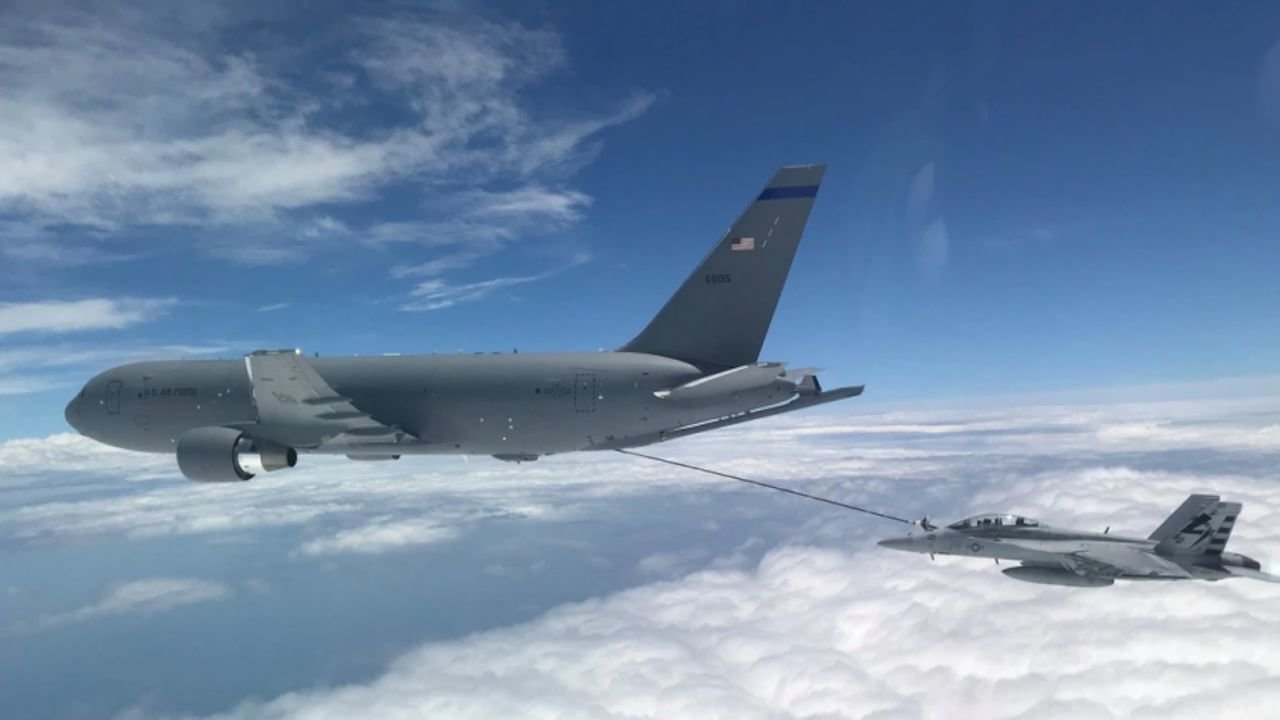 The U.S. Air Force has approved the Boeing KC-46 tanker to move into limited operations with its centerline drogue system, allowing the aircraft to be tasked for everyday refueling missions that meet certain criteria.

Gen. Jacqueline Van Ovost, the head of Air Mobility Command, signed off on the decision July 9, the Air Force said in a news release on Monday.

Ongoing testing has proven that the KC-46 can safely and reliably be used for probe and drogue refueling operations, the service stated in its news release. However, boom air refueling missions continue to be restricted to training, exercises and familiarization flights due to unresolved technical deficiencies that impact the boom and its associated systems.

Van Ovost told reporters in February that AMC would consider permitting the KC-46 to be tasked to U.S. Transportation Command for limited mission sets.

At the time, Brig. Gen. Ryan Samuelson, leader of the Air Force’s KC-46 cross-functional team, said that the tanker would not be approved for TRANSCOM operations in the Middle East, Asia-Pacific or Europe, and that it would also not be allowed to refuel stealth aircraft like the F-35 joint strike fighter.

However, the service’s announcement Monday did not clarify whether those restrictions would remain in place for centerline probe and drogue missions.

The Air Force intends to buy at least 179 KC-46s to replace its KC-10s and some of its legacy KC-135 fleet. Afterward, the service will either continue buying KC-46s or begin procuring another non-developmental refueling aircraft — likely the Airbus A330 Multi Role Tanker Transport — as the remainder of its KC-135s reach the end of their service lives.

The Air Force plans to declare full operational capability only after its six critical deficiencies are resolved. At earliest, this will occur in 2023 when Boeing begins delivering KC-46s equipped with a new remote vision system, which provides visual imagery to boom operators during a refueling.