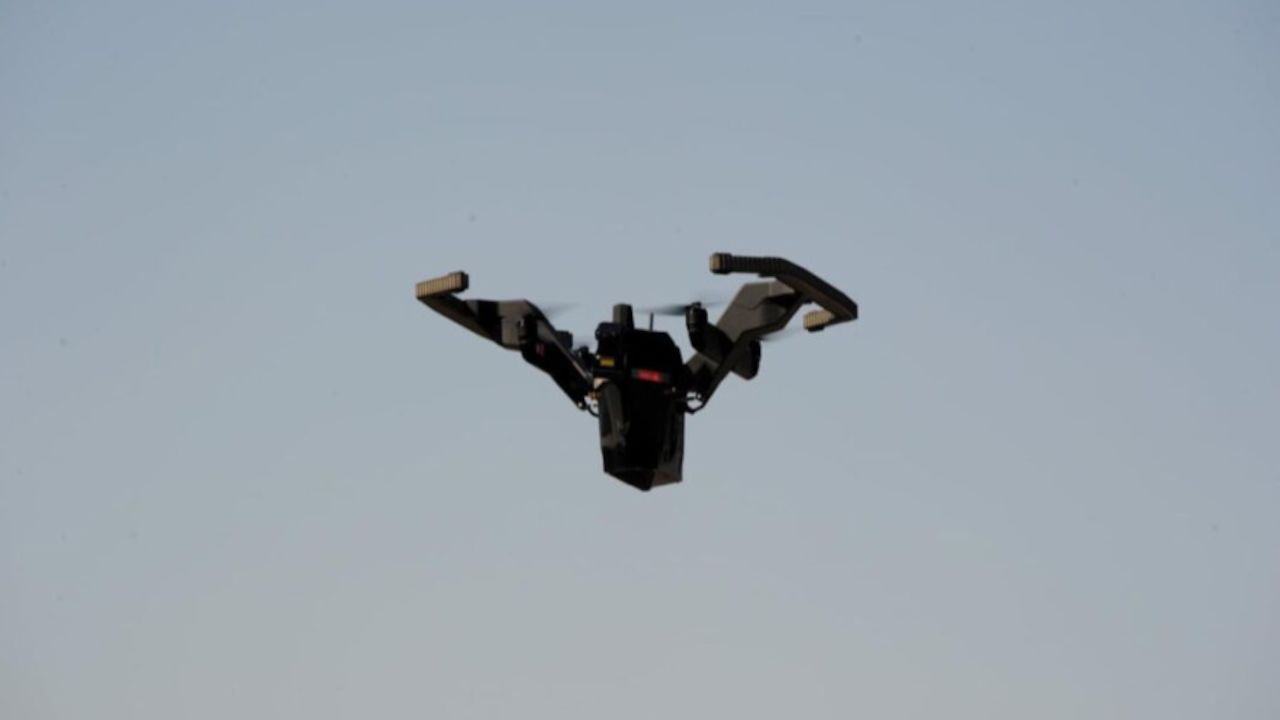 The U.S. Army has revealed that it has been testing a new tactically deployable, transformable, autonomous robotic system at the Yuma Proving Ground.

The new transformer-like drone system, called the Pegasus III, is a hybrid, unmanned, aerial vehicle that transforms in flight and gives soldiers an advantage on the battlefield of the future.

In a statement Friday, the Army said the Pegasus blurs conventional notions of ground and air systems. All three variants have the ability to be used as either an airborne Unmanned Aircraft Systems ( UAS ), a ground-roving tracked vehicle, or both, in service of simple surveillance or to create richly detailed 3D maps.

The new hybrid drone is designed by Robotic Research to carry over 10 lbs. and still drive through a standard doorway. Its payload bay can house large payloads, including gimbaled payloads that need free range of motion. Pegasus III was developed to address large payloads with specialized requirements, but it also useful for Explosive Ordnance Disposal (EOD) missions or any mission that requires a heavy payload.

The Pegasus uses four rotors to fly or thin rails with tracks similar to those on tanks to move along the ground. Ground operations offer longer missions of up to 4 hours while flight-only missions can be as long as 20 minutes.