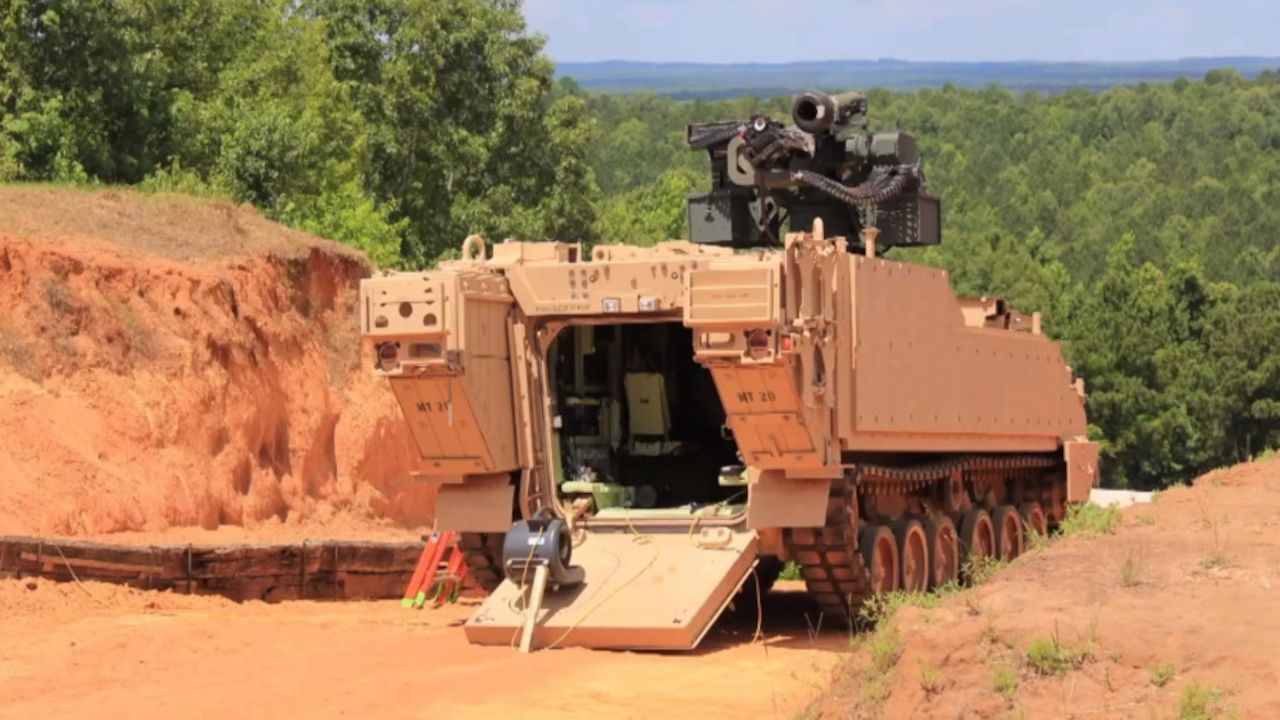 The U.S. Army is planning to add an unmanned turret with 30mm cannon and Javelin missile launcher for its new Armored Multi-Purpose Vehicles (AMPV).

The AMPV would replace 5 variants of the M113 Armored Personnel Carrier family of vehicles, which have been in service since the Vietnam-era.

The Army is expecting that one variant of its newest AMPV will receive a new weapon system that will need to operate both the 30mm cannon and a 7.62 machine gun and also will be armed with an anti-tank missile launcher.

One such system can be a new development of the EOS Defense Systems USA, Inc. a wholly-owned subsidiary of Electro Optic Systems Holdings Limited, called the R800.

The R800, the next generation of remote weapon stations (RWS), already being testing with Army’s newest combat vehicles and was unveiled during a special gala event to celebrate the unveiling of the very first complete R400 RWS produced at its Huntsville, Alabama facility.

The new RWS lighter, faster, draws less power and allows for lower centers of gravity. It also has the capacity to mount heavy machine guns, electric chain guns, missiles and potentially less than lethal munitions for domestic use or in peacekeeping and border protection operations.

It integrates advanced surveillance capabilities including stabilised long-range sensors and battlefield sector scanning with up to 200 programmable target reference points for rapid engagement of possible targets directly from surveillance mode.

As noted by the company, the new game-changing lightweight weapon system has a commonality of sensors, human-machine interfaces (HMI) and software across the EOS family offer significant logistic and maintenance savings where multiple EOS RWS and turrets are in-service.