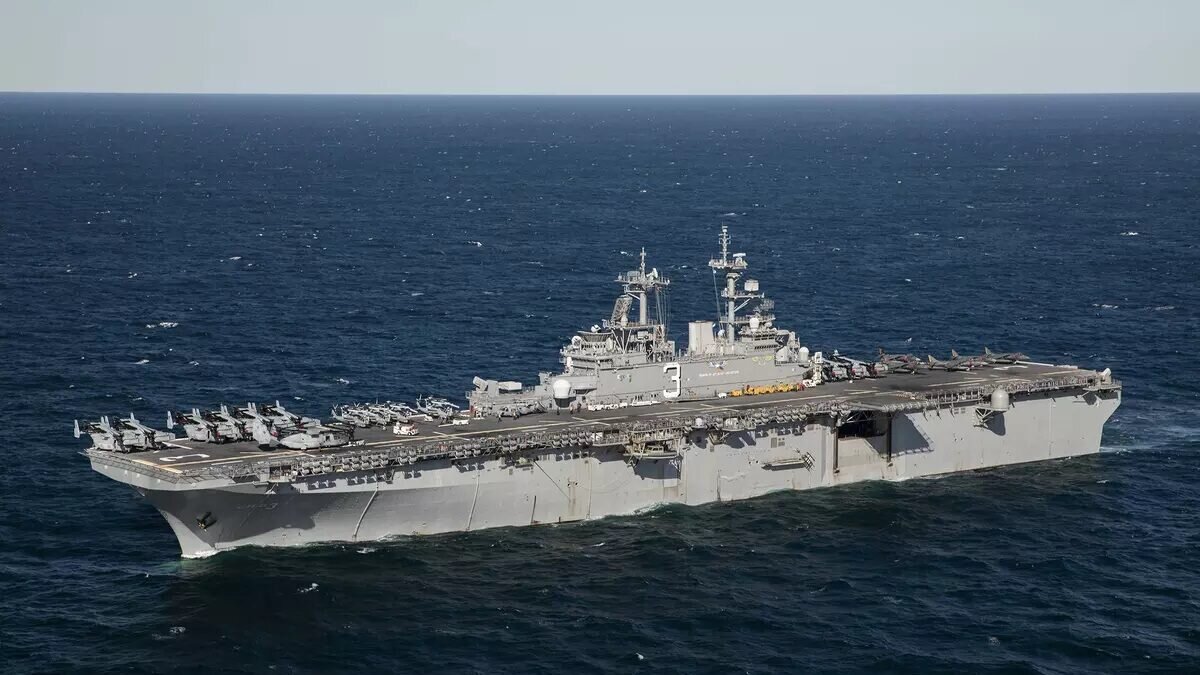 BAE Systems has received a $294.7 million contract from the U.S. Navy to drydock and perform more than 20 months of maintenance and modernization work on the amphibious assault ship USS Kearsarge (LHD 3). The contract includes options that, if exercised, would bring the cumulative value to $340.3 million.

Under the awarded contract, the maintenance availability of USS Kearsarge will begin in April. Starting in June, the 843-foot-long ship will be drydocked for nearly a year at BAE Systems’ Norfolk shipyard. The shipyard will perform extensive hull, tank, and mechanical work, rehabilitate all crew and embarked Marine living compartments onboard, and inspect the ship’s boilers. BAE Systems is expected to complete work aboard the 29-year-old ship in January 2025.

“The extended sustainment period onboard the USS Kearsarge provides a great environment to apply BAE Systems’ substantial experience with ships of the same class and considerable production skills, and supports job stability across our shipyard and supply base,” said Mike Bruneau, vice president and general manager of BAE Systems Norfolk Ship Repair. “Through our maintenance and modernization efforts, the Kearsarge will be ready to deploy for many years to come.”

USS Kearsarge is the third ship of the USS Wasp class of U.S. Navy amphibious assault ships, which are designed to carry expeditionary Marines and their equipment to anywhere in the world. The current Kearsarge is the fourth U.S. Navy vessel to sail with the name. The company’s Norfolk shipyard is also completing a similar modernization project aboard the Wasp.

To prepare for drydocking the Kearsarge, BAE Systems has been hiring employees and temporary workers. Individuals interested in joining the team can visit jobs.baesystems.com for more details. The Norfolk shipyard currently employs about 1,000 people across a number of skilled marine trades and support functions.